Have a Merry Christmas ... or Else! 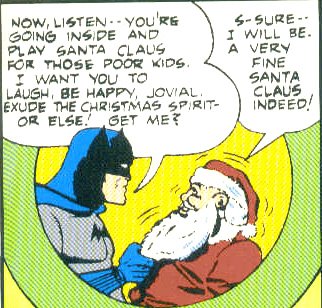 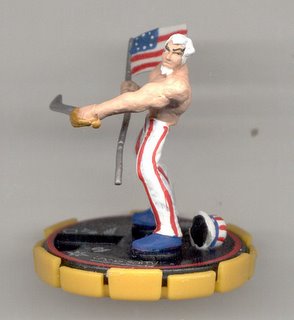 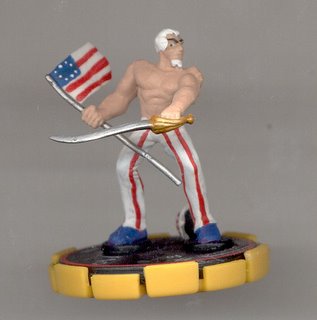 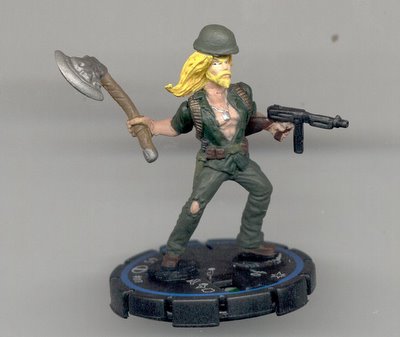 Custom Viking Commando heroclix courtesy of Totaltoyz at Big Monkey Comics Ebay
Now, I have to look forward to Monday nights in 2006 listening to Devon shout, "I'm going commando on ALL your asses!" at the top of his voice while wildly waving a spatula above the Heroclix board like an ax as the dog barks like crazy. Oh, well, it's better than bowling.
Lastly (and certainly most ominously for you the reader), Captain Infinity was wonderful enough to send me one of the gifts I asked for: the entire run of the Detroit Justice League. That's right; I'm now armed with every single appearance of Vibe. Everyone say thanks to Captain Infinity!
Posted by Scipio at 9:02 PM 7 comments:

Yes, to answer the question one of you recently asked me in a private email, I really do come from a professional dance family. I can waltz, two-step, boogie, disco-fy, and breakdance fight; if I were a villain, I'd be Terry Savatte or Batroc the Leaper.

So I'm going to help answer that other question, the one that's been nagging you since you had to suffer through the Electric Slide at your office's holiday party:

"Can my favorite superhero dance?" 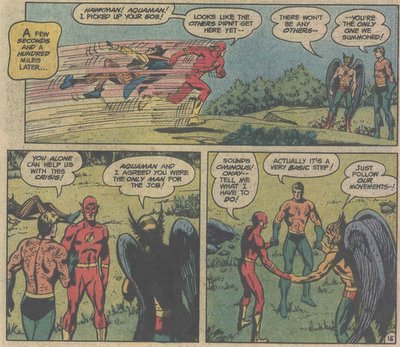 We'll be analyzing the evidence, hero by hero, with my expert (or, at least, color) commentary along the way, over the next several Sundays, so tune in Big Monkey Radio, slip into your dance belt, and join us here at the Absorbascon Ballroom for

Dancing for Justice.
Posted by Scipio at 10:38 AM 6 comments:

Can you say a few words about the Superboy villain "King Shark" being one of the stars of the new Aquaman series, instead of you? 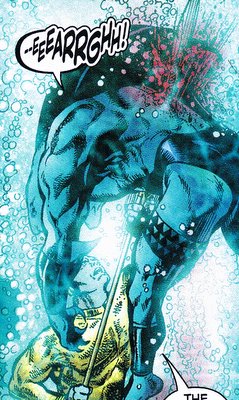 Okay, sir; I can see you're busy; perhaps another time.

King Shark, how would you describe to our viewers your feelings about being in Sword of Atlantis? 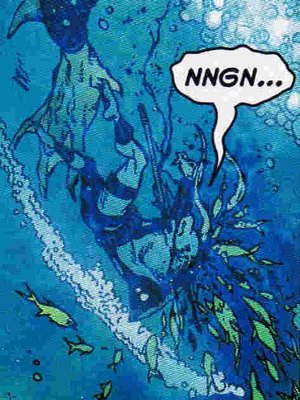 There you have it, folks! Clark, Lana--back to you!" 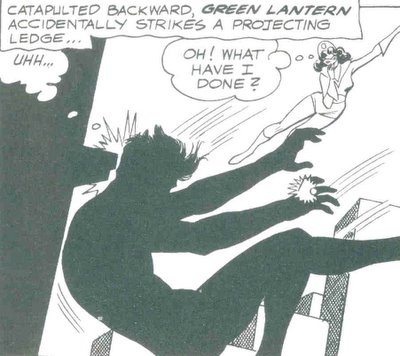 That, or that he's a total incompetent.
Posted by Scipio at 9:42 AM 7 comments:

My Favorites This Week ...

Quote from someone else's blog
"Shouldn't Marvel put as much effort into their comics as they do their press-releases?" Ah, yer slayin' me, Jon!

New Superhero Song
"Aquaman" (not 'Sword of Atlantis') by Grandpa Griffith. It's very pretty and well performed. It's on their new album that comes out this week and it's playing now on Big Monkey Comics Radio, because they sent me an advance copy.

Inscrutable Detail
The Shark has nipples. Why does the Shark have nipples? Is Joel Schumacher one of the gremlins? The Shark should not have nipples.

Comic
Green Lantern 6. Hal versus the gremlins, Black Hand, the Shark, Hector Hammond. The delicious art. The death symbolism and double entendre and the contextualizing flashbacks of Hal's life. This is one of the best comic books I've read in a long time.

Error
"Get our daughter out of here," says Tempest, whose only child is a boy. Says something similar in the most recent pre-Sword-of-Atlantis issue of Aquaman. I guess nobody on the DC staff reads Aquaman. Or maybe Tempest pulled a magical screw-up when changing diapers, and, zhwoomp!, Cerdian is now Cerdi Anne. Hey, it's better than accidently turning himself and Aquaman into fish.

Device
The Purple Death Ray. The name alone says it all. There's still time to get me one for Christmas, by the way.

Use of Superpower
Aquaman, in Alex Ross's Justice. No contest. Finny friends rock.

Weekly Wow
The double (triple?) reveal toward the end of Infinite Crisis, with Society Head Luthor, his machine, and the destruction of the Watchtower. Uh-oh. We really are in trouble ...
Posted by Scipio at 5:01 PM 7 comments: 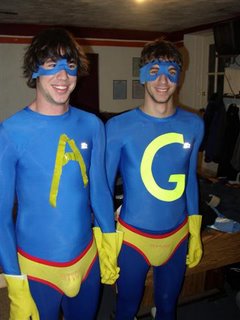 Should it be the new Black Condor, the new Red Bee, or the new Blue Beetle?
Posted by Scipio at 8:14 AM 10 comments: 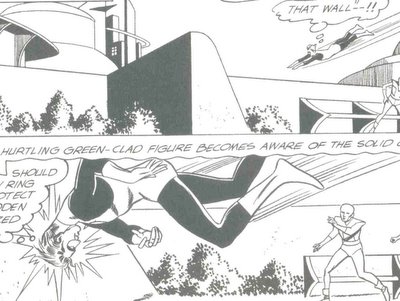 As one of my favorite polka stars used to say, "It don't get no bedder den dis, folks!"

Oh, yes. That is indeed Hal Jordan knocking himself out by flying directly in a stone wall headfirst. Doesn't even roll or turn to mitigate the impact.

Now, given the contextualizing buildings in the first panel, I'm certain this sequence was intended by the writer as a sly artistic satire of atomic-age man's inability to understand or anticipate the modernistic architectural trends of Bauhaus, Internationalism, or Structuralism. *Chortle*! Look, I believe that's I.M. Pei himself in the background, camoflaged as an aerobics teacher, chuckling, "Heh, didn't expect that externalized non-functional butress, did you, Hal?"

Those Silver Age writers were cleverer than you give them credit for, people.
Posted by Scipio at 5:03 AM 13 comments:

I dare not relax an instant!

How amazing is the Golden Age Starman?

Well, he can kick the butt of crazy-powerful Ultraman through his superior intelligence. Casually. While laughing about it. In outer space.

But this is the Golden Age Starman we're talking about here, folks. Tricking Ultraman into blowing himself up is not enough ....

It's taking all my
greatest efforts to prevent
this from blowing up!

Starman tricks him into haikuing about it. Ah, Starman!

Will your haiku match Ultraman's... or exceed it?
Posted by Scipio at 7:37 AM 22 comments: 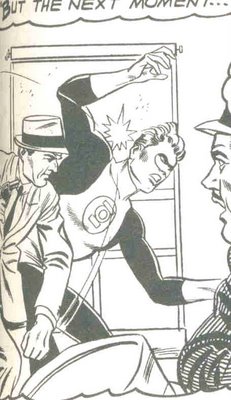