I just learned something:

The Red Bee is in the public domain.

And yet there is no Red Bee film in development.  No Red Bee The Animated Series.  No Red Bee comics.  In fact, I can't even find Red Bee fan fic.  Meanwhile, there's a Ant-Man movie being planned.

This shows what happens when you don't have an agent (or anyone who owns you as intellectual property).  All those of you so ardent for preventing copyright law extensions on such characters, let the fate of the Red Bee warn you all!


What would you do to bring back the Rick Raleigh version of the Red Bee? Would you give mutant bee-controlling powers, like Yellowjacket?  Would you include his much-maligned, but incomprehensibly well-trained, sidekick, Michael?  With his outré couture and poofy diaphanous sleeves would he be a would-be fashion designer out for justice? Given the fact that, in 24 issues, he was hit on the head and knocked-unconscious 14 times, would you make him a sidekick for Hal Jordan (truly, the Red Bee put the "hit' in Hit Comics)?  Or for Green Arrow, considering how ridiculous he is?  Would you sign your masterpiece "B.H. (for Bee hive, one assumes) Apiary", out of shame?  Is he really any more ridiculous than, say, the Green Hornet? Would you have him fight all the sort of crime Golden Age heroes used to tackle that's no longer on the radar of big-time Justice Leaguers, such as milk racketeering, jilted lovers, and medical supply-jackers?

I believe something wonderful can be done with this character (again).  I'm a Red Bee-liever. 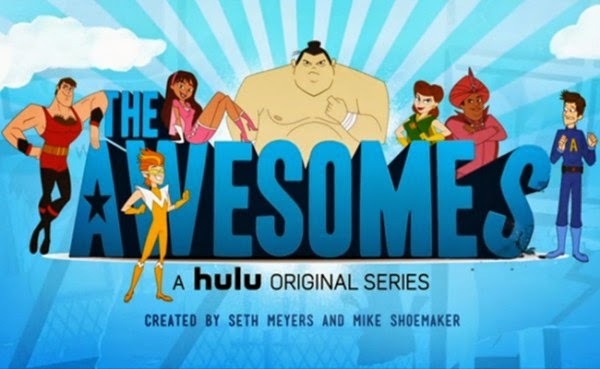 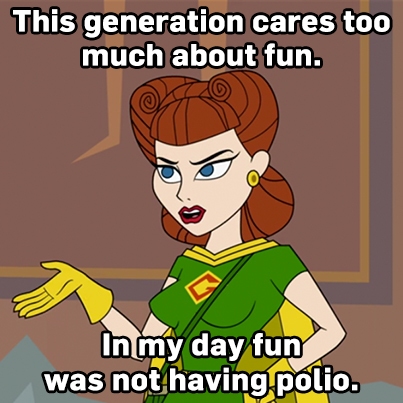 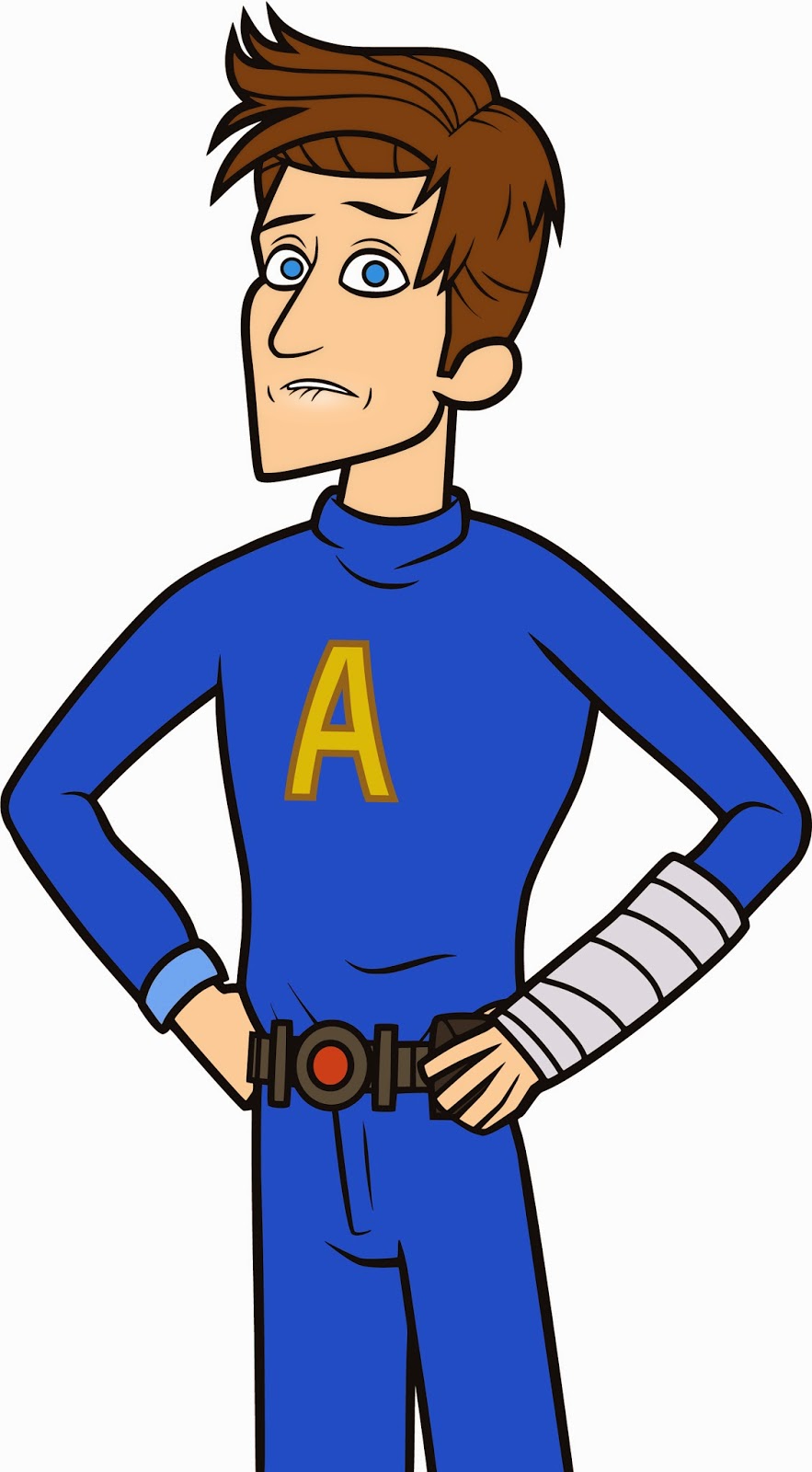 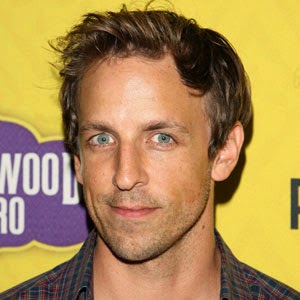 Let's catch up with the Shield

As much as I love the Shield and Dusty.... 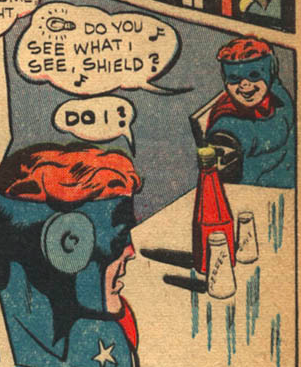 there are some things that even I don't want to think about.
Posted by Scipio at 8:44 PM 5 comments: 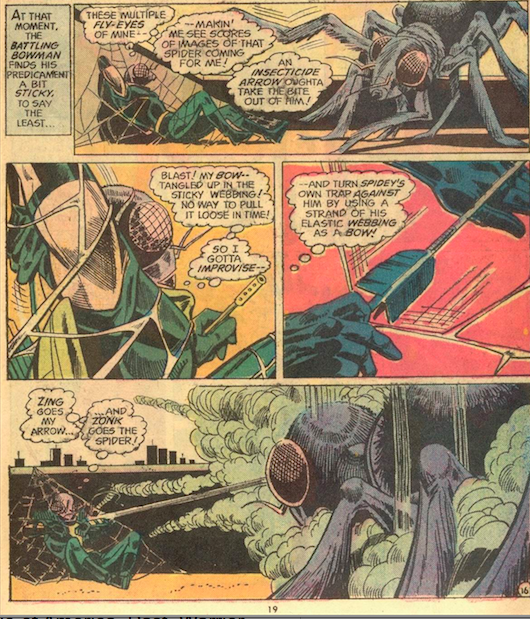 The Rise of Skartaris?

If you're anything like me, you've given next to zero thought as to Skartaris.

Skartaris, for (all) those of you who've forgotten, is the subterranean mystical 'Lost World' that was the setting of the adventures of WARLORD (or Travis Morgan, as his mom calls him). Mike Grell, master of minimalist couture and extremity in stance, invented it in 1975.  It had all the regular stuff and then some: dinosaurs and names stolen from the collective cultural conscience,  like 'Shamballah", and... well, it's easier to show you:

"Warlord" has been seen for, oh, several universal reboots by now, and I certainly haven't missed seeing it.

The only thing that brought it to my mind was some research I've been doing into ... Villainy Inc.

Now, SURELY, some of you remember "Villainy Inc.', if only because of the hilarious name that you'd be proud to see in your stock portfolio.

It's the 'super-group' of female foes of Wonder Woman who kept her so busy in 1948.

Since then, they've only had only other big arc, during the Jimenez run on Wonder Woman.  You know, the one with hunky dreadlocked diplomat Trevor Barnes.  This modern Villainy Inc tried to take over ...Skartaris. For reasons.  They were led by Queen Clea, ruler of a lost Atlantean colony (as mentioned in my previous post on "Rise of the Seven Seas").  I'm skimming this story, mostly looking at the visual redesigns of the Villainy Inc members when THIS catches my eye:

Well, well, well. I'd completely forgotten that Skarataris is, in fact, supposed to be a lost Atlantean colony.

Could Skartaris be one of the Seven Seas?   Could Geoff Johns be bringing Skartaris back into the DCU this way?  What do you think?
Posted by Scipio at 1:18 PM 9 comments:

I've been inspired by Superman lately.  As more and more of DC Entertainment's movie plans become public, it's clear they're going to build a universe of cinematic heroes around Superman.

The character has been struggling to find a new resonant characterization in the DCU's new continuity,   but in only a few issues, Geoff Johns has, as is his speciality, returned to the character to its roots in a way that still feels fresh and comes as a natural outgrowth of previous story elements.

I also watched some of the Fleischer Superman cartoons,  which are still astonishing today in their beautiful technique and their efficient storytelling; hard to imagine the impact their had on their contemporary public.

In fact, I was inspired to make the following two Heroclix maps for him.


If you'll look carefully, you see that the two maps are correlated.  You can play by themselves, or you play them together at the same time, with the Rooftop being "above" the Newsroom. You can even have Clark change to Superman in a storeroom and fly out the window to appear on the map above!

Other innovations in these two maps are doors (which block line of fire but not movement) and flying terrain, which only flyers can occupy and which allows them to ignore the elevation of other characters.  Flying figures, however, are not required for playing on either map; but without them there will be a merry chase around that giant globe, I'll wager.

"Two-tier" map combos like the Daily Planet Newsroom/Rooftop are my new schtick in map-making,  facilitated by the fact that I have a two-tied glass coffee table that's PERFECT for playing them on.

What other vertically stacked maps could I do this way? What do you think of:

Ordinarily, I only post here on comics I enjoy (or enjoy disliking).  Seldom do I post on 'comics I think people should read or be aware of because it's important".

But today I will, for the sake of Face Value Comics, which is publishing the first comic book with an autistic audience in mind.

It's your basic YA steampunk setting, but the protagonist has autism and the book is written AND drawn with an autistic audience in mind.

It not only entertains but helps young people with autism better understand their situation and the situations they find themselves in with other people.  It's not a throwaway PSA-comic from a big publisher; it's a labor of love by a creator with autism that's published in my own hometown of York, PA.

I learned about it at the beginning of the year when I read about it in my hometown newspaper.  Its print run has been small and physical copies were sold in only a handful of stores around York.  But that obscurity changed overnight when the book and its creator were featured recently on NBC News.   Diamond is now distributing the book, so you can ask for your local comic shop to carry it. Or you can buy a digital version online and keep up with the new printings at the publisher's site.

Do you need to read it? Maybe not.   But I do think it's important that you be aware of it, in case you have personal or professional connections to people who do need to read it. 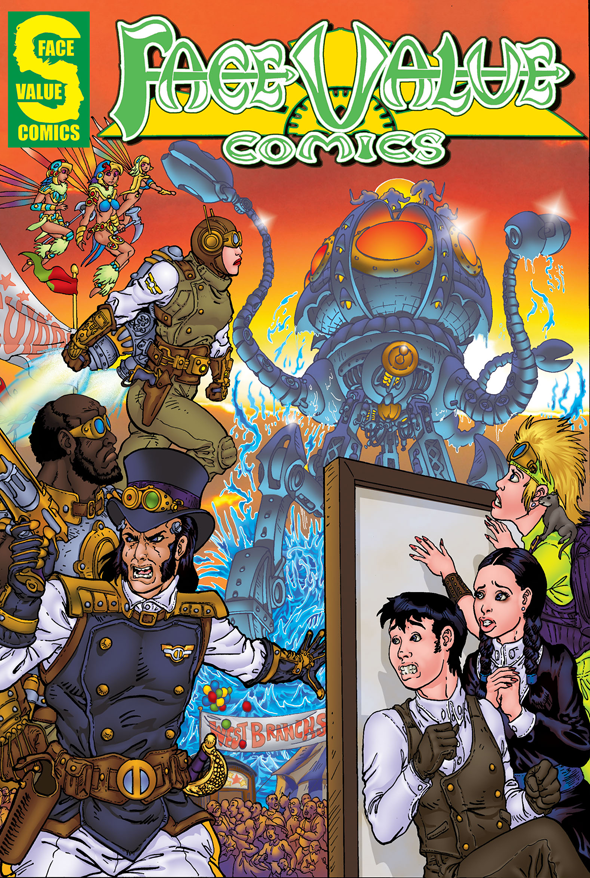