I encourage you to buy the new 100-page giant celebrating the 80th anniversary of Green Arrow, because it's an absolute delight.

Only one of the (all original) stories is a clunker (Jeff Lemire's) and while the Denny O'Neil tribute isn't a "Green Arrow" story per se, it's a fitting tribute to the man who so thoroughly re-created Green Arrow for his time that most modern readers aren't even aware of any other version.

The first one is a lovely and characteristically weird Golden Age GA tale, that makes no sense at the end... just as it should!

The second is the backstory to one of Ollie's most famous tools.

The third is a story set in Ollie's "satellite era" days, which also riffs on his Silver Age battle with 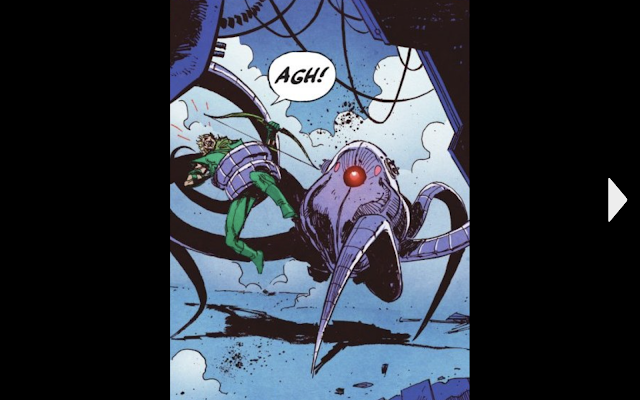 The third one is a mild sociological scene by Mike Grell.

The fourth is overview of the whole of Green Arrow's evolution, using the flight of arrow as a metaphor.

The fifth is a wry collection of "wise advice" from Ollie. 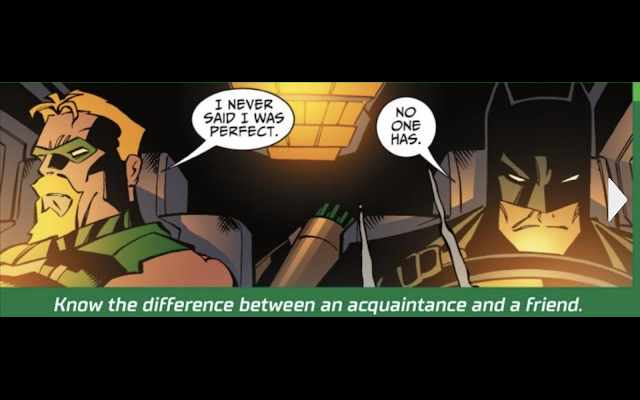 The sixth is a pitch perfect tale of Connor Hawke trying to live up to his father's reputation.

The seventh, and perhaps my favorite, is Speedy's origin told in the manner of a Navajo legend.

I don't want to spoil the eighth story, but suffice it to say it's about Ollie's empathy as one of his best "weapons".

The ninth is a great look at the effective synergy between Green Arrow and Black Canary.

The tenth is a lovely meditation on the ecology of forests as a metaphor for Ollie's understanding of being part of team.

The next is the clunker I mentioned (it's aiming for some sort of mythic weight that Green Arrow simply cannot bear) followed by the (artfully wordless) tribute to Denny O'Neil.  Oh and the book ALSO contains Ollie's CHILI RECIPE!

So.... buy it. It's a fun look at many different takes and aspects of Green Arrow that will help you appreciate the character more. 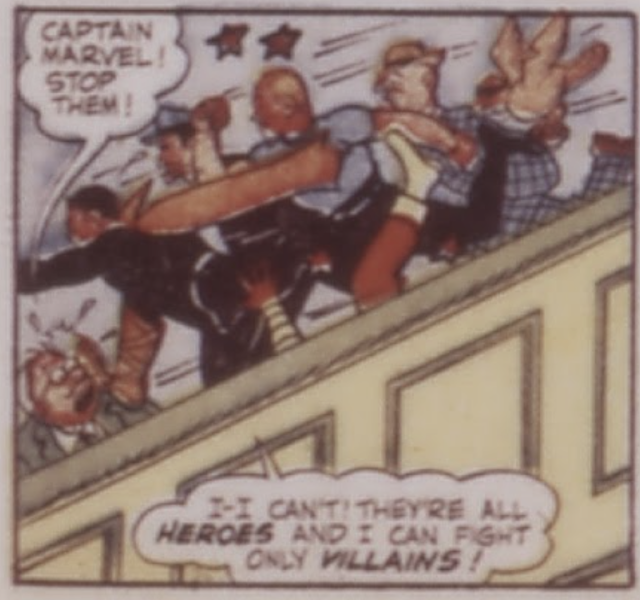 He only fights villains and not other heroes.

Email ThisBlogThis!Share to TwitterShare to FacebookShare to Pinterest
Labels: difference between DC and Marvel, Shazam 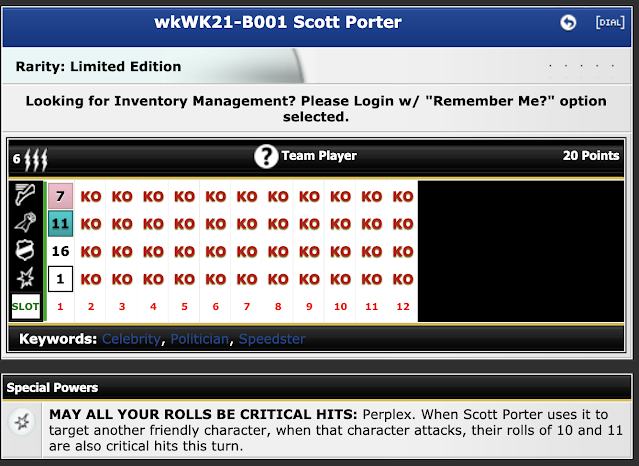 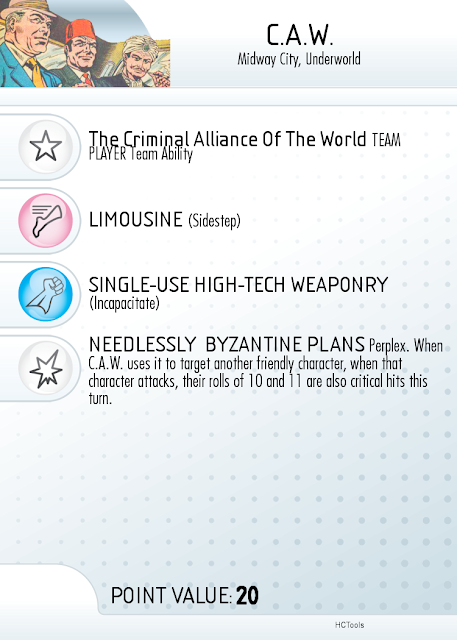 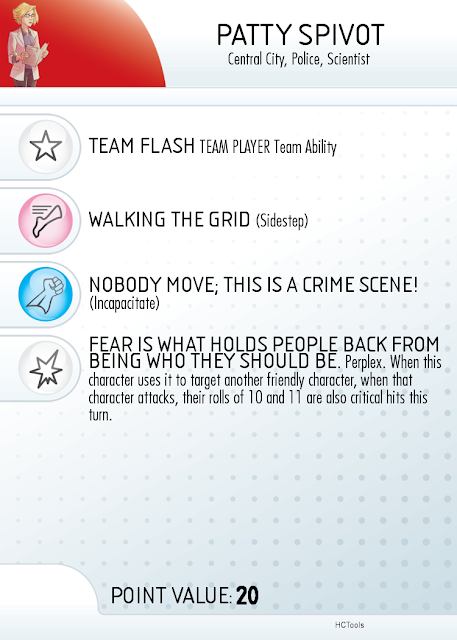 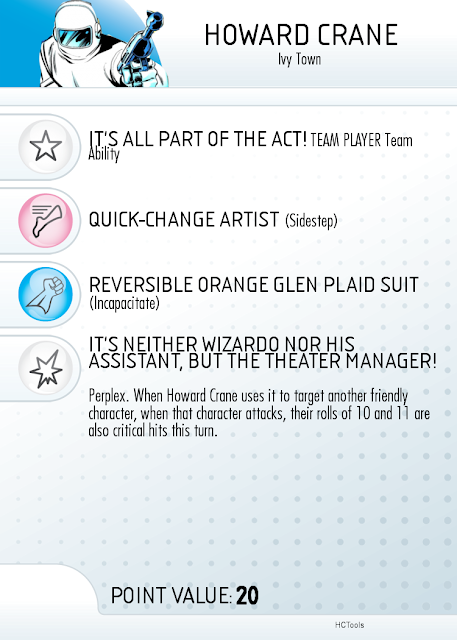 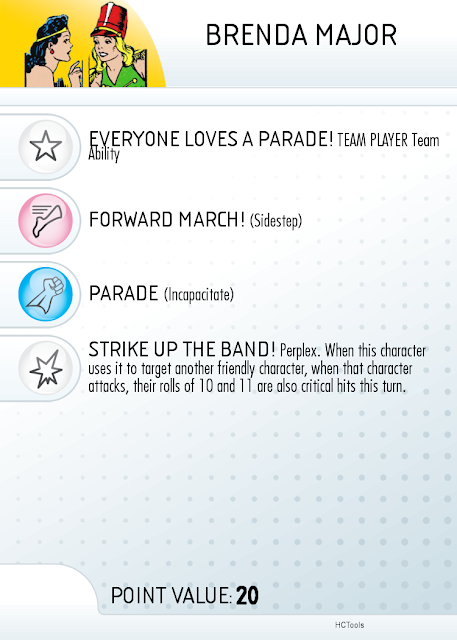 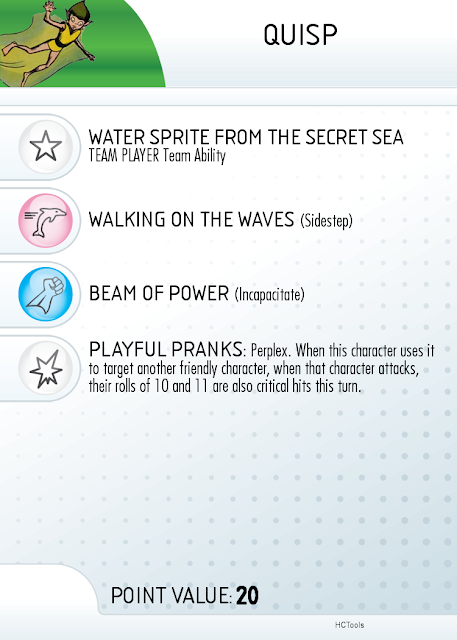 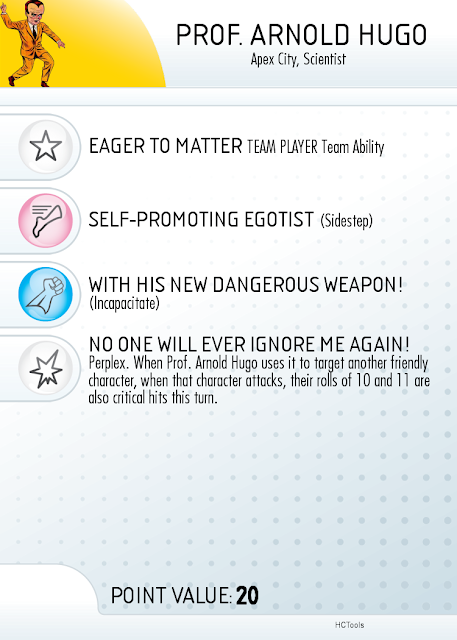 whom you won't remember at all, because no one does, but who be hilarious when pimp-slapped by J'onn out the game in one swat.
Anyway, as these are cheap and easy to make, I intend to make "Chris Porter" tokens to join the friends and foes of each of the icon heroes for whom I have Heroclix.  Any suggestions as to whom the Porter Pogs could represent in the Green Lantern and Green Arrow mythos are welcome!
Posted by Scipio at 2:21 PM 4 comments:

I was going to tell you about when (The) Doll Man joined the army.

How he was drafted and how important and unique that was among comic book heroes of the time.

That he was trained in a one-panel surrealistic montage.

When he decides to investigate a secret because he's bored and curious.

About how he assesses its function immediately.

then watches as things go awry;

very awry.
And so decides to investigate further,
piggybacking on an enemy sub to its undersea lair,

But then gets bored again, 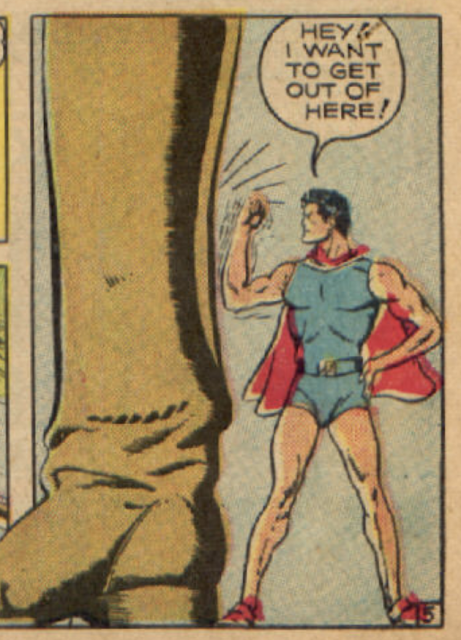 and while enemies try to take control of the radio-torpedo to kill the President,
Doll Man goes temporarily insane again (as does at least once a story)
decides to live out his Bulletman fantasy

then rides and (somehow) redirects the radio-torpedo
saving the president's life and destroying the enemy sub, just in time...
to get back for KP duty.
And how this became the template for his famous war-time adventures.  But...

in the next issue all this was completely forgotten, never to be referred to again, as Doll Man worked with a monkey and a parrot to solve a case.
So, instead of any of that, I will simply remind you that if you think today's comics recklessly disregard continuity...
it could be a lot worse.
Posted by Scipio at 7:35 PM 4 comments:

You know what's even more terrifying than

Rationalizing My Non-Selections this Week:

I really DO appreciate DC getting its act together on branding enough for:

this new style of branding that they are consistently using on all their books, as well as the clear (if inconsistently placed) age-ratings.  While I may not be moved enough by any of these titles to break down and buy them, the branding changes signal a more holistic and integrated approach to its universe than I've seen from DC since they gave all the Justice Leaguers tab collared uniforms.
Posted by Scipio at 6:00 AM 7 comments: