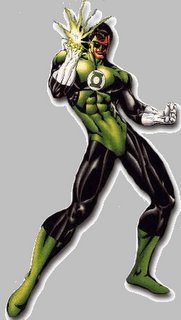 Didn't expect that, did you? But the evidence is there. Hal Jordan used to take Carol Ferris out dancing a lot. So did Green Lantern. In costume. Sigh. I dont' know who's stupider, Hal or Carol.

In fact, Hal used to go dancing so much that Fred Hembeck once made fun of him for it.

Now, it goes without saying Hal's not a "shake your groove thang" kind of dancer. Nothing fast; no Jitterbug or Swing. Trust me, he's not going to go arm-waving at the Clubs with Kyle. The general rule is Hal can do any limited motion patterned dance that people do while wearing white dinner jackets. You know. The Mambo, Salsa, Cha Cha Cha, that sort of thing. Anything that lets him grab the wasplike waist of the closest available stewardess. 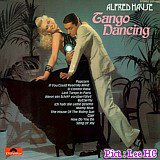 How can Hal, clumsiest superhero of all time, be such a dancer? There are several things that make it possible. One, the woman is always close enough to help steady him, or catch him if need be. Two, dance floors are big, open spaces without a lot you can hit your head on. Three, he uses the ring to "fly" for a sec when he loses his footing. Four, simple dances with simple repeated patterns; not a lot a repeatedly bashed brain has to remember. Five, Hal only dances "Pre-Making-Whoopie" dances, which motivates him highly and helps him focus.

But yellow ceiling tiles are ALWAYS a potential problem... 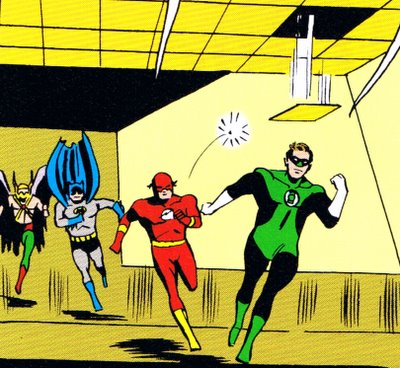 And here I thought you meant this Green Lantern...

Dude, Hawkman's left leg in that 'group running' shot is seriously creeping me out. Just how many joints does he have?

And what's up with Batman's cape? Did he use too much starch or something?

Hawkman, like many JL members of that time, suffers from Sekowsky Syndrome.

The atom is adorable at that size.