The Beautiful But Lonely Princess

Once upon a time, there lived a beautiful, but lonely princess. The lonely princess, in constant need of external validation, kept in a special, magical jar the severed head of an obsequious friend much less attractive than she. The severed head's job was to make the princess feel better inside herself. Every night. 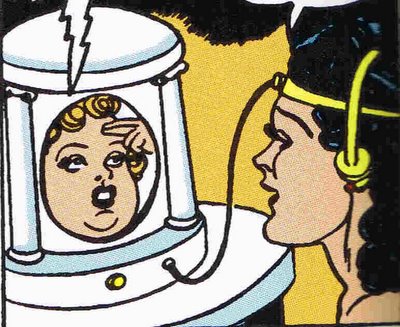 And so the princess did. 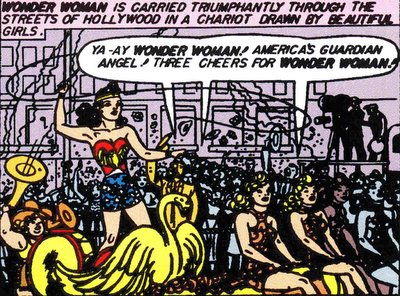 King Joss put on a wonderful parade, and the princess's chariot was drawn by beautiful girls marching in chains, and the people cheered for the lonely princess in constant need of external validation, and there was marching, marching, marching. The princess's spirits were raised as high as the legs of the marching girls, and her woes were lightened. 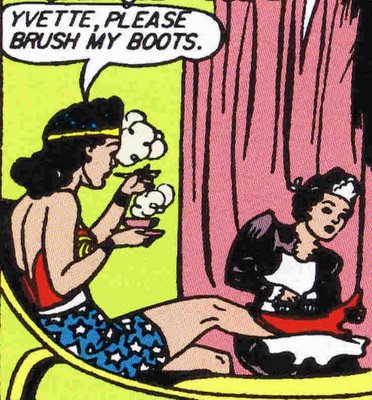 "Mais non!" said the servant girl. "Let me be or I shall trumpet your secret desires throughout the Kingdom of Hollywood and other major media outlets!"

But the princess was not afraid, for she was as wise as she was beautiful, and as brave as she was lonely. "I am sorry," said the princess. "Let me make you a cup of tea, so we will be as sisters and all will be forgiven."

And so the princess did. 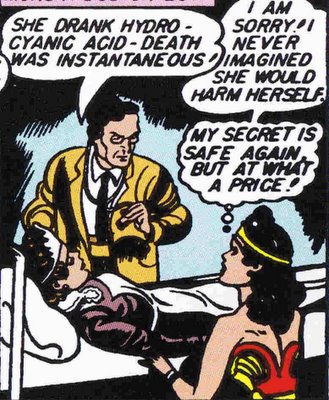 After the princess gave many sacks of gold to the king's court physician, he declared it a suicide. And so, the princess lived happily ever after, because the servant girl did not live at all.

Fan-fic! It was only a matter of time.

I'll make one when I'm done with "Tooth". I'm sure you've both read the first 6 chapters.

So what I'm seeing is more of the demonization of the Goddess through a blatant attack on a prominent Pagan woman.

That issue was written by Tim LaHaye! John Hagee is behind this, I know it!

"the demonization of the Goddess through a blatant attack on a prominent Pagan woman."

Cool! You make it sound so epic!

ahhh that maid was askin' for it...her and her trampy shoulder pads!

The stress of being
an amazon princess ,oh
need beautiful girl ...