If you read Jonan Hex this week (and if you didn't, you deserve to), you may have noticed he visits the town of Kent. It has a corrupt sheriff. Most places Jonah Hex visits have a corrupt sheriff. He's a funny guy, but a lousy travel agent.

Anyway, I was wondering whether the town was somehow related to Clark's parents. For example, was the town mentioned in "The Kents" mini-series? That would be very comic-booky. This is the underlying

Sandra Knight (Phantom Lady) being the cousin of Ted Knight (the Original Starman) is, for example, a retcon based on that chistogenealogical phenomenon. Originally, the characters' names were a mere coincidence. 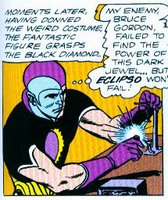 Did you know that the pre-Crisis Jim Gordon (police commissioner of Gotham City) was the cousin of Bruce Gordon (solar scientist and Eclipso's alter ego)? He was. That's how comic books work.

Connectomaniacs like Geoff Johns have even stretched the principle to link Speed Saunders to Kendra Sanders. Soon I'm expecting to hear the scandalous story linking Devon Sanders to Kendra through their common ancestor, Thomas Jefferson Sanders. 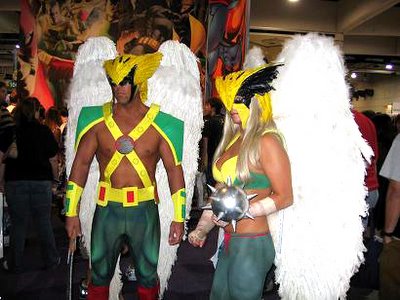 I bet you always roll your eyes at those stories where all of the hero's ancestors were famous or they come into contact with their "Moldavian cousins" (also named Wayne or Kent or Whatnot) or visit Castle Whatnot in the Old Country.

Well, it is a bit silly when heroes have a commonplace surname (as most of them do). But it does happen in real life. I, tragically, come from a comic book family. "Garling" doesn't sound like all that weird a name, but is, in fact, unique; everyone named Garling is related, however distantly.

The Garling Coat of Arms. Yes, that's a fishhead above the helmet. Sigh. 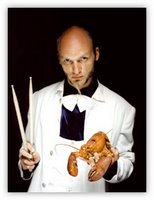 So, yes, I am demonstrably related to (among many others):
In a comic book, we'd all (except Jean; she's dead; she'd be replaced by a spunky lookalike granddaughter with savate fighting skills) be lured to an isolated castle in Mecklenburg by the promise of a vague inheritance (probably a fortune in the maritime paintings of Frederick Garling or the formerly lost but recently rediscovered liquer recipes of the Garling Collection in, you guessed it, Moldavia).

Then we'd wind up either (a) bumping one another off (b) trying to keep one another from getting bumped off (c) have a fabulous jam session that would sell millions of CDs and make us all rich even though the inheritance was a bust.
Posted by Scipio at 11:07 AM

My favorite was when it was retconned in that Hal "Green Lantern" Jordan is the second cousin of Hal "Air Wave" Jordon--both of them supposedly named after the same great unlce or something.

Roy Thomas, one of the masters of chitogeneaology, made the Earth-Two Dick Grayson the cousin of Chuck Grayson, lab assistant to Robert (Robotoman) Crane. I kept expecting him to say that Robert Crane finally removed his brain from the robot body and into a new human body in 1965, just in time to star in the new television series Hogan's Heroes.

They also came thisclose to making Robin III (Tim Drake) a nephew of Dinah Drake (Black Canary I) before someone at DC said that it would have taken the whole common name thing too far. Since Black Canary II is already linked to the Bat-Family via Birds of Prey.

It's fine to have a few connections but it has to be used sparingly. That's one thing I've always hated about Philip Jose Farmer's whole Wold Newton Universe idea.
He has everybody related to everybody. He makes Geoff Johns look like an rank amateur.

Farmer even takes the idea further and says things like (Sherlock Holmes' nemesis) Prof. Moriarty was also Captain Nemo . It becomes utterly rediculous after a while.

When we were searching for Tim Drake's mysterious Uncle Eddie, I was expecting him to be the new Cavalier (Mortimer Drake).

Robin's not related to Black Canary. He is, however, absolutely related to this avian hero.

Linking Prof. Moriarty to Captain Nemo wasn't a idea by Farmer, he just used it. Some of the connections are a bit farfetched, some of them pretty good. For example taking a guy from a Holmes story named "Wilder" and making him Doc Savages dad. "Wild" = "Savage", get it. :-) Oh yeah, and Tarzans cousin. Whatever, stranger things ahve happened. Did I mention Holmes once battled a great-great-great-uncle of mine?

I once wrote a question to Bob "The Answer Man" Rozakis at DC: Is Roy "Speedy" Harper related to Jim "Guardian" Harper? Of course, BobRo responded that Jim is an uncle (or cousin, I forget which) of Roy's. I'm not sure if the question had been answered before or after Roy and Jim's relationship was noted (Superman Family 192-194, according to a Titans page).

For example taking a guy from a Holmes story named "Wilder" and making him Doc Savages dad. "Wild" = "Savage", get it.

I've got the same thing in my family -- though I don't think we've got anyone famous. Hard to not have everyone with the same name be related to you when you've got a name like "Glasnovich."

More Chistogenealogy:
"... Travis and "Ace" Morgan (are) two brothers who became pilots and later adventurers, one becoming a Warlord of an other-dimensional "Lost World" chronicled by Mike Grell, one of Oliver's biographers, his brother surviving a deadly accident with three others, and becoming a leader of the "Challengers of the Unknown" as chronicled by Jack Kirby. That makes Travis Morgan and Oliver Queen II (Green Arrow II) cousins, and the strong resemblence between the two has been noted."
Is that for real??

Actually, the kinship between Roy and Jim Harper (the latter was the former's uncle) was revealed only to provide an explanation for why the Teen Titans happened to have one of the Guardian's spare uniforms and shields in their store room for Mal to use when he assumed that identity to go rescue the team from Dr. Light in Teen Titans #44, back in the late 1970s. At least that instance of chistogenealogy was done to explain a plot point, rather than to simply group together common names.