The Franchise Sings Out! 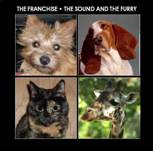 Big Monkey Comics Radio (formerly known as "SuperHero Radio") is proud to announce the acquisition of some songs from The Franchise.

They've been kind enough to give us a live recording of their song "Superhero", as performed at Washington DC's famous "Black Cat" nightclub. It's now in rotation and being aired on BMCRadio. When the studio version is done (soon), we'll put that up, too.


I’ll go to the laboratory To get a chemical spill
If that doesn’t work, Then the radiation certainly will

You should ask the All Mighty Senators if you can play their excellent song Superfriends.

I used to play a pretty cool song with my old band. The "Superhuman Blues"... I have the lyrics over at http://nemedhouse.blogspot.com/2005/07/songbook-superhuman-blues.html .
Probably pretty atrocious english, but a good tune. Feel free to mock my bad grammar. :-)

That's great, Axel! Do you have a MP3 of the song you could send me???

Sorry, Mr. Scipio.
My band was a bunch of lousy punks, and I don't think they have kept all of the cratched MCs we were using for taping. Well, maybe somewhere in the cellar.

Well, get a pick up band together and record it again!

There's not enough superhero music in the world, I say!

Well, two years later, with a new band, I finally got to sing the song again. Demoversion already available on the band's myspace. (http://www.myspace.com/rockingkneecap) I hope to get a clean version out later this year, dedicated to comic bloggers everywhere. :-)