Keep Your Head in the Game 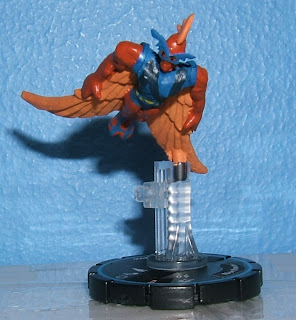 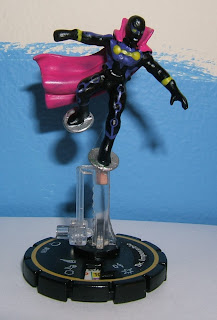 My original plan for today was to post my next "Least Likely to Change" installment, but something happened today to change that.

Today, I received in the mail my latest shipment of customized Heroclix.

Dale, whom you will recognize as frequent commenter "Totaltoyz", made me a nice group of clix that Wizkids hasn't gotten around to making you and probably never will.

I got Argus. I think he's an underused part of the Flash Family, as in both the comics and Heroclix, that team could use somebody who has a schtick that isn't dependent on superspeed. He's on an 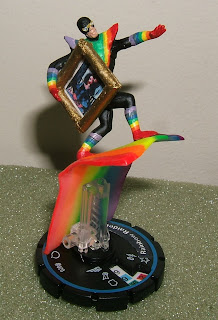 Azrael dial. After all, what else can you do with an Azrael?

I got the Rainbow Raider (surfing the spectrum with stolen painting in arm), because, well, it's funny. Besides putting him on an Experienced Halo amuses me. I enjoy dissing characters I don't like by stealing their dials for demeaning customs. Especially Halo.

I adore the Busiek-style Prankster (armed with Kryptonite Custard Pie). He's on a very capable 107 point Joker dial, so he'll be a very worthy addition to the new Superman enemies coming out in the Justice League set.

I also got Mr. & Mrs. Menace, the Sportsmaster and the Golden Age Huntress. I love those two. We'll see how well they do against Rookie Alan Scott and Rookie Wildcat! 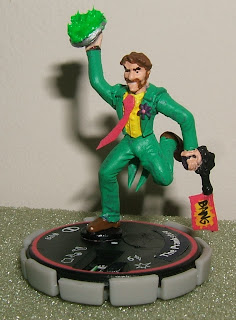 (because they are, ipso facto, awesome).

Oh, and just to give Aquaman a spot of extra trouble, I had "Devil Ray" from JLU made to act as an evil sidekick for Black Manta.

I even got a set of four G.O.O.N.s (surely you remember the Grand Order of Occidental Nighthawks?). Each wears a black derby and a turtleneck that says G.O.O.N. on it. They carry such deadly weapons as brass knuckles (nice touch, Dale!), pistols, a black round bomb that says "BOMB" on it, and an umbrella. Caped Crusader beware!

Ordinarily I would thank Dale for his amazing work (really, the pictures don't do these things justice) by email, but this time I am moved to do so publicly in a post. You should check out his Ebay page and order some custom clix of your own! 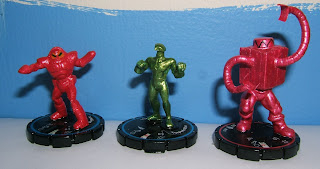 told me he was going to include a special gift to me for free, in appreciation for my support of his work. He tried to prepare me by saying that I should really by sitting down when I opened the box, or at least have someone at hand to assist me to the couch.

Naturally, I privately pooh-poohed this warning; you know how artists are about their work. My mistake. I did, in fact, stagger to couch with this surprise figure in hand, gasping for breath. I don't have a camera good enough to take a photo of it, but perhaps Dale will provide us with some.

It's 23 points. It has Charge and Leap/Climb. It has four clicks of life. Well... not life, really. 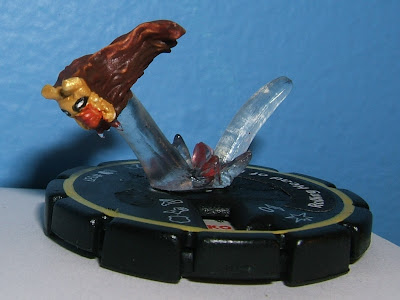 the Rolling Head of Pantha.

Holy schnitt! Those are indeed awesome!

Hey Scipio! I don't know whether you check your E-Mails regularly, so I post this unrelated item in this thread: Cheese's 22 Panels That Never Work.

That is....words fail me. It's either the tackiest thing ever, or the most awesome.

Why can't it be both, Laurie?

Scipio, thanks for the write-up! I'm glad you continue to enjoy my customs!
Please check out my eBay page, which Scipio was kind enough to link in this article. I just put up a couple of new customs for bid! (I don't know if I can TOP these, but I'll try!)

Hey, Azrael...
could be used alongside Argus in Unca Cheek's Suicide Squad?

Good point, Scipo. I guess it is the most awesomely tacky thing ever. Kind of like Las Vegas, except with less neon lights.

Yes, The Rolling Head of Pantha figure: for when you just don't want to hide the misogynistic and pathetic basement-dweller side of fandom!

Yes, The Rolling Head of Pantha: for when you don't want to hide your disdain for those who cry "Pathetic!" when something graphic happens in a graphic medium, or "Misogyny!" when it happens to a female character!

I can't wait 'till I get my Joe Chill shooting Martha Wayne figure.

Is Martha Wayne wearing pearls misogynistic or is that just when Mary Jane does it?

"the misogynistic and pathetic basement-dweller side of fandom!"

Ha, yep, that's me all over! Ask anyone who knows me!

I can't wait 'till I get my Joe Chill shooting Martha Wayne figure.

If you really want one, email me!