This is way to dance and sing 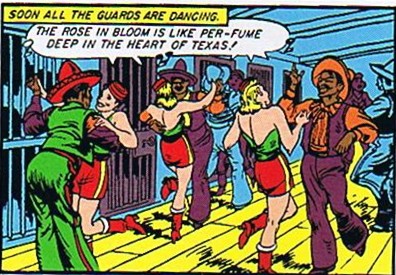 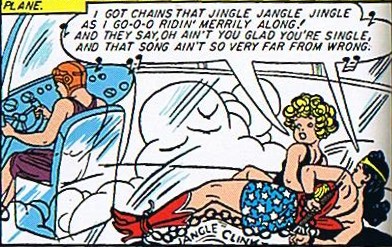 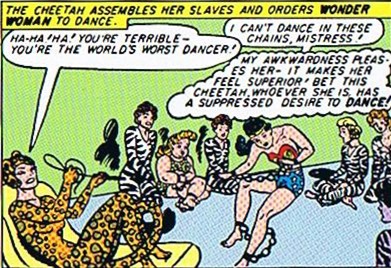 this is the way to dance and sing 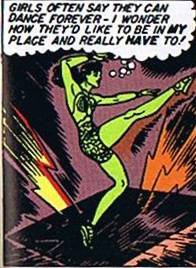 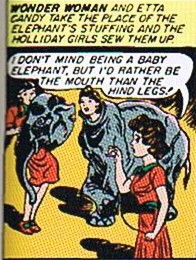 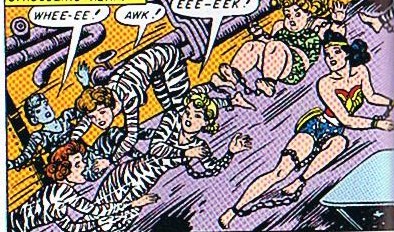 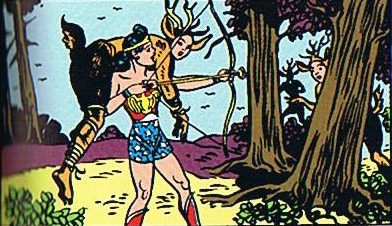 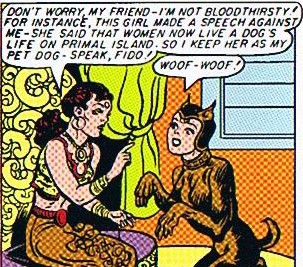 Just when I thought it couldn't get any better, we find out Marston was a furry. Is there any fetish this guy DIDN'T have?

You know, after three straight blog posts I thought I'd be tired of the Nursery Song.

I get the idea that the moulton/Marston's were never bored in their spare time.

I've been hearing for years about how kinky this series was, but I never really believed it until now. Yeesh.

I loaned it to a friend of mine; he was utterly nonplussed.

And he works at "The Pleasure Chest", selling sex toys.

Exactly how Adam Hughes is supposed to be able to top this, is beyond me. This stuff is seriously twisted.

As funny as your Nursery Rhymes have been, they kind of pale in comparison to Diana's own parody of "Jingle Jangle Jingle."

I'm going to be humming that everytime she gets tied up in the future. (which I guess means I'll be humming it a lot).

Something freaked out Jerome? Wow.

On the one hand, he created THE female superhero.

On the other, he was spanking his young mistress.

1. Mouthbits: Yeah, I've seen a few of those stories!

I didn't see that she said "chains". Please disregard #2.

The worst part of it is, of course, this: you see those guys in sombreros they're dancing with in that first panel? They're supposed to be Italians.

Someone seems to have gotten "latin" and "latino" confused, I would guess.

No, the author is not confused; they are Italians (an enemy in World War II) who have disguised themselves as Mexican prison guards. Marston was a pervert not an idiot.