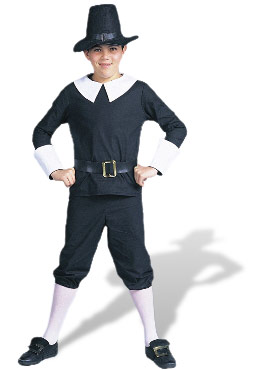 As a DC fan, I find so many things to be thankful for this Thanksgiving...

I'm thankful DC has decided to recommit to 'the Big Three' with efforts to make Superman and Wonder Woman as important and as popular as Batman.

I'm thankful DC seems equally committed to the depth of their universe, seeking to make "lesser characters" as interesting and popular as its traditional, iconic ones.

I'm thankful that DC is no longer fighting the natural appeal of the "Dynastic Centerpiece" concept, as exemplified by their creating a new Supergirl and Batwoman, and building a team of heroes around Wonder Woman and the likes of Green Arrow.

I'm thankful that my preferred company book publisher has a comparatively strong commitment to putting out its books in a timely manner.

I'm thankful that DC has the wisdom to embrace the diversity of its enormous stable of characters, the imagination to augment them with new characters and to use them in interesting combinations, the talent to revitalize so many "obscure" characters, and the humility to admit some mistakes like the elimination of Hal Jordan & Ollie Queen.

I'm thankful I live in a country where there's more political debate and social commentary in the current issue of "Freedom Fighters" than in the entire combined new media in some other countries.

I'm thankful that DC respects its history, and, rather than abandoning "old" characters like the JSAers and the Freedom Fighters, strives to adapt them for new generations.

I'm thankful that DC continues to use other media to promote their characters, particularly in child-friendly products like the Legion of Super-Heroes cartoon.

I'm thankful for a new direction for Aquaman.

But more than all of these things

all of them COMBINED

I am thankful that I have lived to see

THE NEW "RED BEE" WITH
HER ARMY OF BEES
THAT SHOOT FRICKING LASER BEAMS OUT THEIR BUTTS!
Posted by Scipio at 9:29 AM

Whether it's hoky or not, whether it's too blatant of a suck-up-to-the-host or not, whether or not there's a way to write this that sounds funny...
I'm grateful for this blog and the breadth of the knowledge that informs it, the depth of the thought that goes into it, and the humor with which it's presented. Sincerely, were there no Absorbascon, I would never have suspected that a new Red Bee with a butt-laser-beam-shooting army even existed. So thanks.

"The likes of Green Arrow?"

Happy Thanksgiving, Scipio! Thanks for entertaining us throughout the year! And, amen to an army of bees that shoot fricking laser beams out of their butts. That's a lot to be thankful for!

I'm still waiting for this effort on Wonder Woman's behalf. A single comic that comes out tri-monthly just doesn't cut it.

I'm not the least bit thankful that DC keeps recycling logos and powers because they haven't the imagination to invent new ones. (The damage done to Hawkman, Aquaman, and Atom may never be undone.)

The uniqueness of the Hal-reversal is more likely evidence that DC simply DOESN'T recognize (and reverse) its colossal mistakes.

Calling the Aqua-mess a "new direction" is like calling decapitation a hair cut.

DC is just proving that it has very little ability in developing characters beyond their "rookie" stage. How many times do we need to read Green Arrow's year one...?