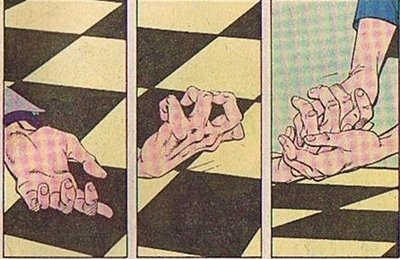 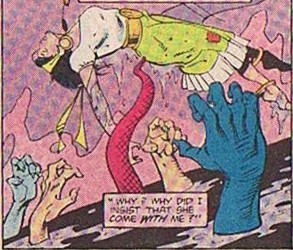 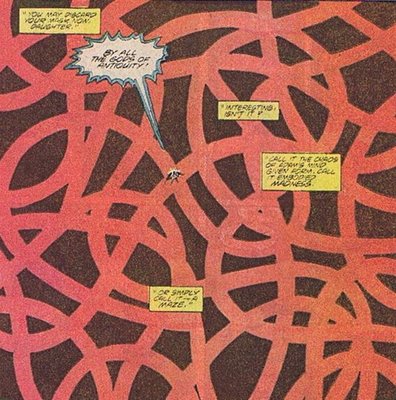 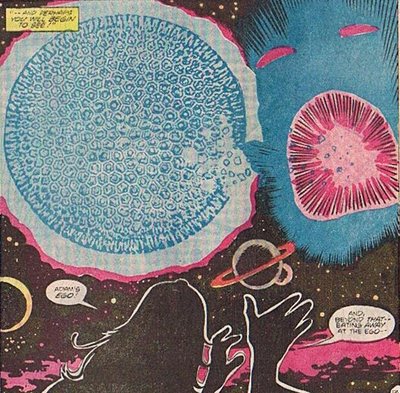 Good Godamighty. Although . . . the Living Mask of Steranko--! Pretty rad.

Honestly, every day spent here is like a mini liberal arts education.

If "The Living Mask of Steranko" isn't the name of some garage band, it damn well should be.

So Zatanna is responsible for conjuring Onslaught and sending him to Marvel? Clever, evil girl. Too bad she underestimated his power because he almost took down the DCU when he destroyed the Marvel Universe.

You're so wrong for that...and yet, so right.

Ummmmm....was that last panel depicting cosmic sex? 'Cause that's what it looks like. Eeeuuww.