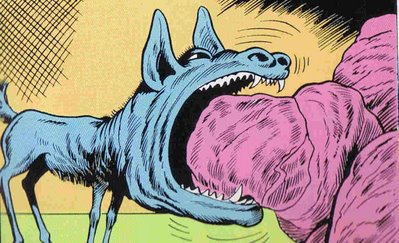 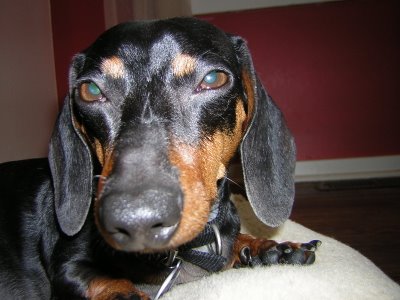 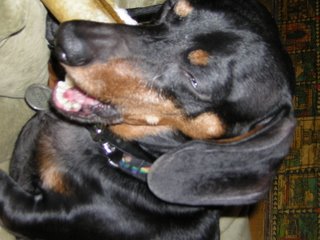 Hmm, I think your first analogy is off, because a comic is the product of a writer while the "bedewment" is the dog's by-product, a side-effect, waste, after-effect. A comic is what a writer tries to make, shape, and sell. Poop is what a dog has to make, just to live.

Your second analogy, on the other hand, is dead friggin on. A lot of fans and writers, to different degrees, care more about the by-product of a story than the story itself. Any "event" comic, the summer crossovers, the sales boosting stunt, or book whose plot description includes the line "Nothing will be the same again!" is a book more concerned about the effect the book will have on the overall character and universe rather than the value (how entertaining, attractive, involving,) of the book on its own.

This isn't necessarily a bad thing. Like your dog's markings, it's the by-product of having ongoing characters in a shared universe setting turned into a form of communication. It's certainly a way of defining and redefining the world you "live" in.

Whether or not your preference in comics is strange, I can say that it is different from mine. Accreting elements to character mythologies matters much less to me than an individual story well-told. The mythologies are ephemeral; what was once an interesting part of a character gets lost in a "reboot." Our Miss Etta Candy is an example.

Granted, what I just mentioned is a narrow definition of character mythology. Just because modern Wonder Woman comics deny the historical existence of a tubby kickass Etta and creepy bondage subtext doesn't actually remove it from Wonder Woman's history. Hm.

Formal mythology doesn't interest me, except in the context of interesting stories. That Venus was the mother of Aeneas doesn't mean anything. Her interaction with her son in the Aeneid is what I remember and care about. Without Virgil, and without the story of Aeneas, Venus is nothing to me but a name on a page.

Superhero comics in particular are a medium where I find it hard to get too interested in outcomes. The preservation of the status quo is so vital to them that the very idea of "results" is hard to discuss. So few stories of the Silver Age, the age of repetition, produced any kind of result at all.

I too appreciate when characters are enriched or shown in different lights, thereby making them more interesting than they were before. I'm with you on that. They texture the characters and make them more memorable. But without interesting stories, the textured characters are simply well-rendered action figures on a shelf.

Hopefully I'm not missing your point. This comment is a quick reaction, not a thought-out response. This demands further thought.

By the way, I'm getting a message in my brain...I think your dog wants food. Preferably bacon.

Oh, no, good thoughts and food for thought, from both of you! I see your points!

And, that by way, is actually the dog's "next time, no tequila" face...

I'm the opposite, yeah. I follow creators, and generally don't care about what the character is. No character is inherently good or bad to me; it depends on how the creators perform.

I have to say you've done an excellent job of describing a certain comic-reading mentality that is, I believe, the prevalent one in today's mainstream marketplace. It's interesting to hear it stated so plainly, because I don't think many people are quite aware of why they like what they like. Not that they need to be to enjoy it, obviously.

But, that said, it's pretty much the diametric opposite of why I read comics. I Think I spent many years having the affection for mythology beaten out of me by circumstances, economics and just a growing aesthetic sense that essentially changed the way I looked at art, period. I still have some residual affection for my favorite characters - I'll always look at a new Silver Surfer comic - but that's not my primary motivating factor like it was when I was younger.

You have a marvelous command of the language, sir. "Bewdewment" is so much nicer a word than "piss."

THIS is what makes event comics so often frustrated and cynical. Infinite Crisis was more intent on the result rather than a good story. We were shoved 'nothing will be the same,' down our throats, and yet, with a few notable exceptions (return of Earth 2, somehow; the Aquaman/Flash misfires), everything ended up pretty much status quo. If anything, the DCU ended up a much more grim place.

As annoying as Quesada public relations approach is, I have to give them props for, so far, completely changing the status quo of Marvel with Civil War, unless of course they really don't.

I think I get what you mean--the idea that the end result is often more important than the journey makes sense. I think what makes comics so interesting, though, is that one can go back and re-read. The dog doesn't know when he's going to be back that way again, so he has to get all the information he can quickly. I like the reflection on the two things as similar in a way I hadn't thought of before--kudos.

Oddly enough, the first picture looks quite a lot like MY dog. We've always thought she looked like something created by Dr. Suess, but this actually comes a bit closer.

Heh. That reminds me of one of my favorite characters ever, Dawg from Blood Syndicate.

'Tis an interesting and excellent thesis you propose, but I cannot help but believe that you only came up with it because it gave you an excuse to put up some amazingly adorable pics of your charismatic canine without being accused of "dog-blogging" (which we all know is only a slightly more acceptable form of "cat-blogging").

Do I do you a disservice thinging so?

He is amazingly adorable, though.

Besides, dogs are a rich source of metaphor ... and other things.

Yikes, that first Bosch-doggy has got to be one of the most frightening images I've ever seen in comics- and to think I thought I'd never see it again!!! That was from a Legion comic, right? I've always thought of the old 60's Legion stories as being the "Vertigo" of its time- some pretty f---ed up stuff!

Yes; that's "the Maw" from the LSH Sacrifice of Beast Boy story.

Once the story has added its contribution to character mythology, does it fade away? Can you go bacfk and reread it, or does the reading experience become akin to looking at 3-month old magazines in a waiting room?

Personally, I find it more enjoyable to look back at self-contained stories, and get a beginning, middle, & end. Many continuity-stories miss basic story structure, or plot-hammer. It was difficult for me to get through Crisis, for example (and not just because of the dialogue).

The Poison Ivy story you wrote about both furthers the character development and manages to be a full story. I wish that wasn't so rare these days.

And your post is great as well. I always enjoy reading your blog. Thank you.