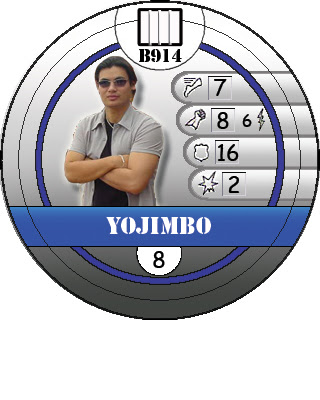 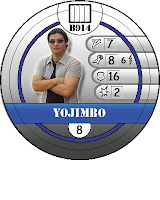 Yeesh, how tough must you be if Australians are afraid of you...?!
Posted by Scipio at 9:03 AM

"Yeesh, how tough must you be if Australians are afraid of you...?!"
=)
Thanks for the complement Scip, I didn't realise us aussies were regarded as being so tough! lol
the pog turned out awesome. I'll let you know what Eugene thinks when he sees it ;)

Eric beat me to the punch... in the current series, Frenchie has admitted to himself that he is in love with Marc Spector (aka Moonknight) and is now trying to persuade his boyfriend to not become Marc's new sidekick.

Yojimbo loved the pog =)
he's sending the link to all his other mates now too ;)