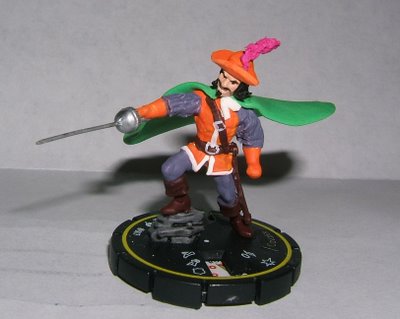 As you can tell, the Cavalier has more than a little Captain in him... .
Posted by Scipio at 8:14 AM

Oh, he's so cute. He can swash my buckle any day.

Who is this beautiful brain dead moron?

I thought you'd get that one, Ariel...

I warned you! Prepare for the wrath of the REAL Killer Moth very, very soon.