I Love You, Stan Lee!

Gods help me. Gods save me. Gods forgive me.

I loved "Who Wants to Be a Superhero" last night. 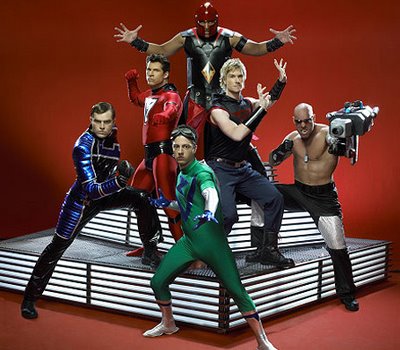 And when I say "I loved it", I don't mean what you probably think I mean.

I don't mean loved it in a snarky post-modern ironic way: "titter titter, watching these prancing popinjays make me feel so superior in that I am a geek of taste and decorum!"

I mean "loved it" as in, "I am fighting back tears witnessing the sincerity of Fat Momma as she unhesitatingly abandons her own interests in order to help a crying child." 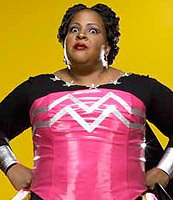 What can I say?

I'll admit there were some amusing "comic book ironies" that keep my snarkier self amused. For example, watching Stan Lee of Marvel Comics, home of Wolverine and the Punisher, lecture some poor meatslab schlub that "Heroes do not kill people, they help people!" Or the fact that none of the contestants knew what "excelsior" meant. Heh, that made me swirl my brandy a bit.

I hadn't planned on watching the show. I was busy doing something else and it just happened to be the next show that popped up on the telly. So I was quite shocked to find myself amused, engaged, and emotionally committed almost immediately. But why?

"Or the fact that none of the contestants knew what "excelsior" meant."

Wood chips! That's my battle cry in City of Heroes, too.

Did you catch how Major Victory was posing during the challenge competition as he jumped down the steps and ran for the little girl (who was probably a bit old to be crying for her mom)?

Hope this Major Victory doesn't end up like his DC counterparts.

I did; and it was glorious. Loved his "I'll just casually flop over this planter while no one is looking...!" routine.

MV recognizes you don't have to be grim or gritty to be a superhero.

Major Victory was awesome. My friend and I liked Monkey Woman and her thematic method of changing into costume. We were relieved that she didn't get the axe right out of the gate.

I found myself unexpectedly engaged as well, for basically the same reasons you did, Mr. Scipio. Another thing we noticed while watching was the degree of sympathy between the contestants in what's often such a back-stabbing format.

They finally figured out how to get me to watch one of these damned things.

"Monkey Woman and her thematic method of changing into costume."

That ALONE was worth the price of admission. "Of course," I muttered, "of course..."

Could not agree more!
Potentially the most brilliant reality show on tv EVER.

A reality show that favors nobility and selfless service over celebrity and selfishness? Amazing. I thought they really flipped expectations on this one.

And the way Stan Lee humbled them all right from the start: "This is not how superheroes act!"

While comics get grim and grittier, Stan Lee shines a bright beacon of hope. 'Nuff Said!

I didn't expect to watch either, but I too was amazed at how much I enjoyed it. The show's got, for lack of a better word, a lot of heart. And I thought the test with the little girl was honestly clever. I surprised myself by realizing I have to tune in next week just to see what happens. :-)

(And to be fair, Stan was long gone by the time Wolverine or the Punisher came around...)

Brilliant. So obvious, and yet...

Count me in as another totally surprised at how much I enjoyed it. Even when I caught the first 15 minutes last night (and Tivo screwed up the recording after that :( ), I was only planning to watch the rest out of morbid curiosity.

So I watched the rest today. And, like others have said, seeing "Rotiart" rip of his name thing, watching Monkey Woman climb up a tree to change (wouldn't her comic book character do the exact same thing?), and being amazed at Major Victory's unabashed translation of stripper-moves to super-moves (while still being one of the decent ones!)...it all really won me over. Then there was the warehouse lair, Stan Lee berating people for not acting like real heroes, all that jazz. Just solid, downright fun stuff. Tivo(TM) Season Pass from me, no question.

Although I was sad to see he kept around Iron Enforcer through both eliminations, that murderer's got. to. go. Did anyone else notice one of his pecs is about twice the size of the other?

I predict Nitro G will return in a future episode as a supervillain. "I'll show you, Stan Lee! I'll show you all...bwahhahahaha!"
Just puttin' it out there.

You'd think that on this show, somebody would have wised them up that Spider-Man is hyphenated.
Did anyone else catch that there was something funky going on with Major Victory's pants in the back after the 'changing clothes' challenge? His underwear was peeking out or something. It was like a 'toilet paper stuck to your shoe' effect.
But, I also enjoyed the show.

Did no one notice how the creator of Spider-man, who sold pictures of himself to the dailey bugle, told off the guy who sells toys not to sell toys of himself?

Of course Stan dumped the toy guy first. Because if the guy was making action figures of himself, Stan's merchandising was in jeopardy.

But Ron Perlman has to go, dammit. He sucks.

This show's a bit of a wreck; I get pains in the pit of my stomach watching it.

"Did no one notice how the creator of Spider-man, who sold pictures of himself to the dailey bugle, told off the guy who sells toys not to sell toys of himself?"

Yes, that was another brandy-swirling moment of comic book irony. Stan's right; you have to become famous FIRST before pimping yourself out to, say, the Sci-Fi Channel...!

"But Ron Perlman has to go, dammit. He sucks."

He's being built up for a bigger fall than Nitro G, and you'll hear it when HE hits the floor.

It's a bit of a disappointment that so many (all?) of them are professional actors.

That's hardly unique in Los Angeles--I wouldn't be surprised if the majority of those who turned out to audition have some acting/performance experience. There are some four or five on the show itself who have some (meager) IMDb listings, pretty exclusively bit parts in minor productions. I doubt any of them get steady work.

Moreover, it's not like these things aren't edited pell-mell to fit a synthetic narrative anyway, so artifice looms regardess...

Major Victory has my vote. When he skipped by the birds and pointed at them like he made them fly away sold me on him. That and "WHO IS THE MOTHER OF THIS CHILD?!!?!"

"Did no one notice how the creator of Spider-man, who sold pictures of himself to the dailey bugle, told off the guy who sells toys not to sell toys of himself?"

Peter started working for the Bugle because he and May couldn't make ends meet and it was the only thing he could thing he was any good at that he could find a job doing while still being free to be Spider-Man. Keep in mind he hadn't graduated from high school yet.

That's a bit different than a 30-something guy who charged $300 bucks for a modified figure and was talking only about becoming rich.