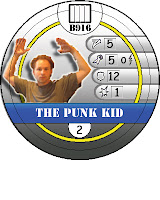 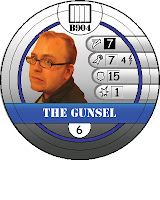 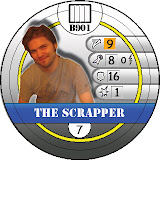 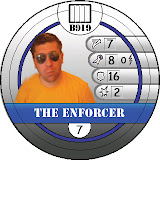 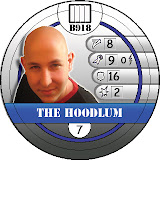 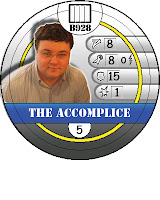 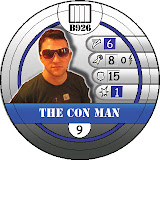 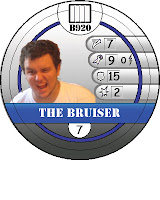 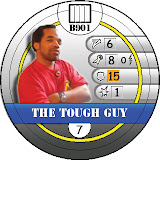 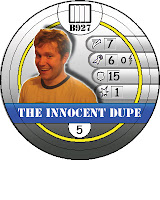 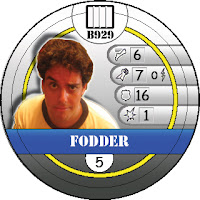 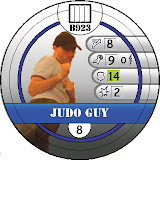 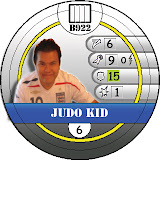 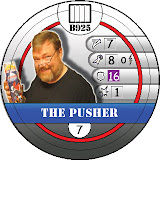 The innocent dupe would be Mick. I played him in the last game, and learned Superman is almost untouchable.

Which one are you?!

I just want to see if you can guess first, with two hints: I'm in college and I could write villian dialog very well, because of heroclix

So friggin awesome to be able to complete my Big Monkey set. Officers Garling and Sanders are sure gonna have their hands full. Not that they were ever able to touch The Lieutenant!

I'd like to make Mick the Innocent Dupe not so innocent. Woot! What a cutie.

I didn't think there was anyone 20 y.o. playing. Kiet?

OK, these are hilarious.

Isn't Heroclix now defunct? I bought a booster from the latest set and it was so poorly made (a major regression in sculpting and production) that I figured it was the last gasp of a dying game. As in, going the way of Mage Knight. Am I wrong?

LOL, very wrong! I assume you bought from a Marvel set; there always seem to be some problems with those. DC seems to be fussier.

Everyone I know thinks the sets are better than ever! Heroclix has really taken off at our stores at the company that makes them have redirected their marketing more toward comic book lovers (rather than just game guys). It's pulling in all those of us who've never played such a "miniature" game before, but who love the characters the Heroclix figures represent.

Games like MageKnight aren't really based on anything in particular; the characters are ad hoc, and as soon as fickle gameplayers get distracted by the next shiny game, it ends.

But Heroclix's audience is comic book fans, not just gamers. We follow characters forever. Every figure in Heroclix is a character already, one with fans. Even Halo.

man, i never knew jon carey was so cute. between him and scipio, it's a good thing i don't live in d.c.

I love that people always think I'm older than I actually...except at bars where it actually matters...my name starts with a S Scip

Oh yeah, changed my display name from njp8baller to something more descriptive

I have now been immortalized as a pog. Wow. Just wow. I never thought I'd be able to check that off the list.