HERE'S A CHANCE TO TELL US WHAT YOU THINK ABOUT OUR BLOG. TELL US SO WE CAN PUT OUT THE BLOG YOU WANT. ANSWER ALL THE QUESTIONS SO WE KNOW WHAT YOU THINK IS GROOVY. 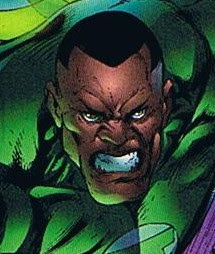 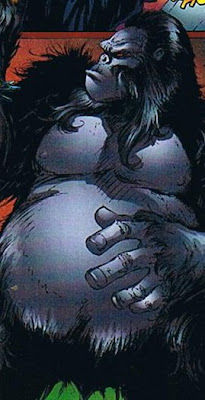 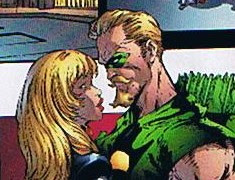 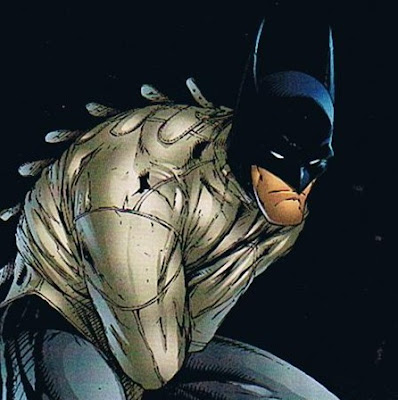 G. Anorexic supermodels who shouldn't be in the JLA 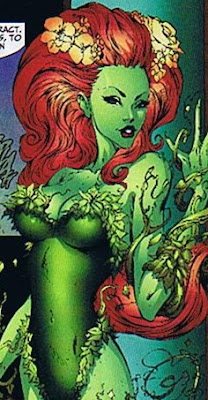 Send in your answers today. Cut on the dotted line! Fold it! Send it to...
THE ABSORBASCON
P.O. 393
WALL STREET STATION
NEW YORK CITY 10005

How much of an environmentalist can Poison Ivy be, if she uses that much hairspray? She looks like one of the B-52's.

You make it sound like that's a bad thing....

Come to think of it, aren't the B-52s enviornmentalists?

I am VERY interested in reading about Black people.

I am very interested in all of the above, apart from F: Anorexic supermodels and G: Rape. The space the removal of these two things creates can be occupied by J: Martian Manhunter and K: More fight scenes in which Geo-Force is knocked out in the first panel.

And if there is space, more gorillas. Maybe there might even be space for a Nazi Vampire Gorilla called Primaul?

We hear you, Laurie! Maybe we can give you a story where a gorilla knocks out Geo-Force!

Sorry, Martian Manhunter's not in this issue, but keep reading... he and Aquaman are sure to turn up eventually!

Come to think of it, aren't the B-52s enviornmentalists?

Don't see how they can be, when they use hairspray like GWBush uses rhetoric. Flourocarbons, bad for the ozone layer. Unless those are wigs, of course.

A. Pollution: Not very. Though I'm sure there's a joke in there about John going "Green."

B. Black People: Depends, are we talking about "Judd Winnick, look at me, I'm writing a minority" level? Because, if so, then, no, I am not interested in reading about Black People.

If they are treated as actual characters and not "Hey look at me, I'm Black," then I'm all for it.

C. Gorillas: Very much so.

D. National Problems: Let's keep that kind of stuff in the newspapers...

E. Classic heroes portrayed as models of moral, physical, and mental fitness: You mean, heroes portrayed as heroes and not as inconsiderate jerks, anti-heroes, Pro-Registration Gestapo, etc.? If so, your ideas are intriguing to me, and I wish to subscribe to your newsletter.

F. Rape Only if it makes my villains social deviants and my heroes all angsty. [/sarcasm]

G. Anorexic supermodels who shouldn't be in the JLA: Only if Buddy Baker is unavailable. Damn you 52 and Countdown to Adventure!

H. Romance: As long as it's not Ollie and Dinah.

I. The environment: Oh Pamela, if only they understood you like I do. What's that? Your face is up there? I'm sure it is...

Totaltoyz: "Don't see how they [B52s] can be [environmentalists], when they use hairspray like GWBush uses rhetoric. "

Hard call to make, from just this picture, but it LOOKS as if she got most of the spray onto her hair, so on that basis, I'd say "no." But before I commit to that answer, I'd want to check out her dressing room. If the walls and ceiling are really really sticky, or if there, like, a LOT of empty spray cans strewn about, then I'd want to change my answer to "yes." Because with rhetoric, as with hairspray, accuracy should count as much as volume, shouldn't it?
Oh wait, Poison Ivy wasn't in the B52s, was she? Not in the original line-up, anyway. Never mind.

I'd like some anorexic black supermodels raping gorillas, please.

Verotik probably did that already though.

Re: laurie's (J) choice, I'm not interested in reading about J'onn J'onzz as he's portrayed in JLU (so powerful he's never used except as a sort of dour cheerleader). I'd love to see J'onn actually take the field and do some serious ass-kicking with that vast array of power's he's got.

However, I am not interested in seeing cars drive over his back. There's a happy medium, and that isn't it.

Okay. Choice (J) is now J'onn (in a cheerleaders' outfit) in the JLA. Mind you, that's basically Miss Martians' current outfit, which leads to all sorts of weird and disturbing images.

Come to think of it, have we yet seen J'onn and little Miss M in the same panel? Oh god, it's going to be like the Bloodwynd fiasco all over again...

There's a lot of blogs that deal with gorillas frequently but...you know what? Put me down for gorillas.

All of the above, if Dwayne McDuffie never, ever again confuses intestinal flora (which are bacteria) with plants.

Oh yes, I'd be interested to see you do a post about rape. But I doubt you're up to it.

if Dwayne McDuffie never, ever again confuses intestinal flora (which are bacteria) with plants.

C'mon, let the poor guy take a Mulligan on that. It wasn't as glaringly obvious as Mike Grell's chainmail vest gaff, or the Statue of Liberty scene in the first X-Men movie.