Things that made me happy today

Skeets' recommendations to the internet. I love Skeets. Booster Gold can be a pill but if Skeets is the cheese he's wrapped in, this dog'll swallow it every time. 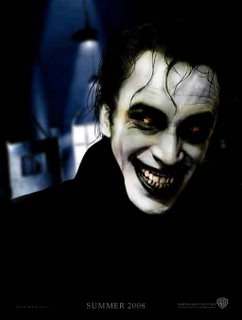 Loeb's wrapping up Batman/Superman in a manner than made sense (well, 5th dimensional sense) and redeemed the series, something I would have thought impossible. In fact, when Devon told me so, I simply said, "Impossible." Then he showed me the Composite Superman-Batman, the Joker playing Heroclix, and the return of the one character they said would never ever return. Then he made me buy it because I'd already read most of it. Curse you, Jeph Loeb; you win this round!!! Next time, do this sort of thing in 3 issues instead of 3 years, okay?

The Red Inferno. Which is immediately fabulous even though I know nothing about it other than its name. I wonder whether it had a sidekick named Toro?

Speaking of characters they said would never return, I almost wet myself when I realized faithful Rex the Wonder Dog was doing the exposition in Shadowpact; welcome back, old pal. Oh, and Willingham writes a perfectly understated Superman; nice.

Todd Rice's boyfriend snarking on Atom-Smasher. Now I love him, too, Todd!

The retcon on what Krona accidently created. I like it.

The sound of a lot people screaming when they read the end of Robin this week. Unhappily. While I giggle.

I just nearly choked on my sandwich. I was just writting how EXACTLY the Joker looks like Conrad Veidt in "The Man Who Laughs" and here's a picture so ripped off from the old movie stills. Did I miss something? Is that the next Bats movie?

Just some fan art advocating Mr. J's inclusion in the next film.

You do realize that was probably written by Grant Morrison. That's one of his little tricks, throwing out nifty little concepts without any further elaboration or explanation.

I wanted to write in "Why does he have to keep doing that?" in the poll, by the way.

I find it amusing that Wonder Girl is apparently a big battlestar galactica fan.

And I sort of think that the Krona business is the same as it's been for a while. I think that's more-or-less the way it went in JLA/Avengers...

You want to expand on just why you were giggling at the suffering of those of us who read Robin, Scipio?

Oh, it has nothing to do with Robin. I'm a big Robin fan.

It's the OTHER character, the one who no longer has his or her own book, the one saying about his or her self exactly what I always said about him or her....

Yeah, I figured you meant that. Some of the guys at the store I go to thought my anguish was pretty funny as well.

That Joker image is made of awesome and win... and it's going to be imprinted on the inside of my eyelids when I try to go to sleep tonight.

Calvin, I've just always felt that character was a mistake, a sort of Azrael in slow motion.

I think the way is being cleared for Batwoman now.

Speaking of Shadowpact, unless that first issue happened during Infinite Crisis that issue is impossible since Superman lost his powers on IC and only recovered a year later. Are they starting with the continuity glitches so soon?

To those who created that Veidt-Joker picture (I don't mean Finger, Kane and Robinson):
Thank you gentlemen.

What happened to Batgirl is a bullshit twist if I've ever seen one. If they've got to have a character pull a complete reversal of everything she's ever said and done, at least they should be arsed to come up with a halfway plausible excuse instead of cooking up some random garbage and hoping it flies.

Like her or not, that was just absolutely terrible writing on the level of Leslie the Childkiller.

I'd replace "extreme" with "retarded", particularly since the daddy issues were retconned in and pretty much go against all of her continuity. I mean, the whole "long lost sister whom neither David Cain or Ra's Al Ghul showed any signs of knowing about before this" bit alone is a continuity headache of the sort you can't really explain without Superboy punches.

The picture I get here is that neither Beechen nor the editor who handed down this story to him knew thing one about Batgirl, except that they wanted to get rid of her. Even just reading the last arc of her own series should have alerted them to a couple dozen things that were wrong with their plot.

Damn that Superboy and his punches through time! Is there any continuity they can't undo?

Where can I find Kilg%re and Thomas's Television?

I'd have to respectfully disagree with you on Superman/Batman. Just because Loeb tied up one of the many dangling plot threads from earlier in the series and stuffed the comic with even more throw away guest appearances and in-jokes than all the previous issues combined doesn't make it any good.

So, I do not really think this will work.
metal building