The Return of DC's Scariest Image! 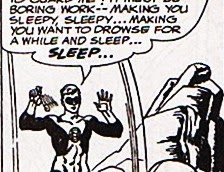 Sneakier than Batman!
Faster than the Flash!
More terrifying than the Emerald Eye of Ekron! 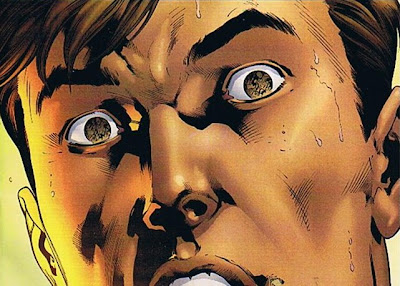 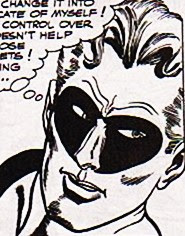 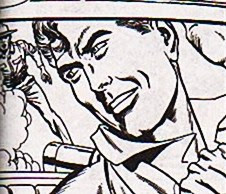 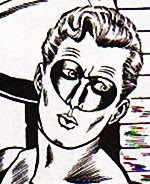 You know, when I look 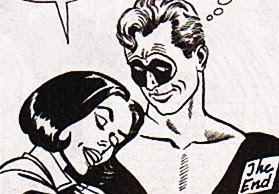 I get this odd feeling.


I'm looking at a mass murderer


and kills all his friends 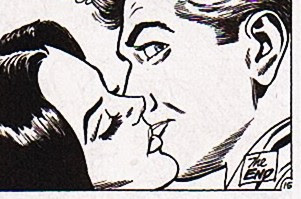 and anyone else he can get his hands on. 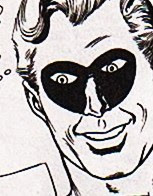 I guess that is why they switched to filling in his eyes all white. Sure it doesn't make any sense, but look at the alternative. Haha

It was telegraphed FROM THE START!

And to think we called bull$#!& on his turning into Parallax.

The guy's hair is pretty terrifying, too. Only Jack Abbott's long-running unchanged fussy wave on "The Young and the Restless" gives it much competition. What kinda stuff does he put in it, anyway?

Now, now, do not mock Hal Jordan. And he has PRETTY eyes! Not quite as fabulous as his behind, but worth looking at.

It's the opening titles to Maude, starring Hal Jordan.

Super-Brittney talked about his big brown doe eyes in B&B #2 this week.

I praying Hal was mind controlled in that panel where he's sitting at the typewriter. Otherwise he looks like he should be fronting a Doors cover band.

He was sleeping walking under post-hypnotic suggestion.

The second to last panel is deeply disturbed to say the least.

This all reminds me of a creepy old short story about a spectral set of eyes--some men are sitting by the fire, and one of them tells the story, and it turns out that they were his own eyes haunting him all along--or something like that. Does this sound at all familiar to anyone?

I can't get over that panel of him glancing backwards while kissing the girl (Carol?). I'll bet there's a mirror behind him.

If they're in his bedroom, then yes there is a mirror there.

jsuperfecta - Yes! They're nasty, cynical, old eyes, and they keep appearing to him in his bedroom late at night every time he's about to do the right thing. And every time, he gets so freaked out that he does the scummy thing instead, and eventually winds up a bitter old geezer. And finally, as he finishes the story he realizes that the guys he was telling it to are terrified, and he asks, "Have you seen the eyes?" And then he catches sight of his own eyes in the mirror on the wall...

That's the story I was thinking of, Arynne--thank you; yes, they were his own eyes from the future, which would indeed be disconcerting, though Hal Jordan's eyes materializing before you at night would be no better.