Well, it's pretty clear who the leaders are in our Custom Heroclix Pog Contest!

Faster than a locomotive is the Rolling Head of Pantha, fabled in song and story, as it FWMPs into third place. Black Lois pulls ahead of Pantha (*snort*) because, unable to get a cab, she took the subway and avoided gridlock. Gail Simone, well, she's always a step ahead of the readers ... and the competition, so she easily takes first place!

And so, without further ado... 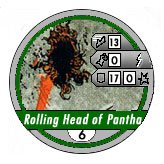 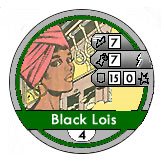 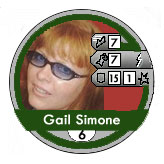 I vaguely know how the Heroclix dudes with the dials work. How in the heck to pogs figure into things?

Really? No love for the Amorous Space Gorilla? I'm appalled at the lack of good taste.

The Rolling Head of Pantha can breakaway automatically.

You just made my day.

NO! You make villains better than they were...! We like that.

Where's the love for Salvador Dali?

"How in the heck to pogs figure into things?"

Just think of them as a Heroclix figure with only one click. If you do them any damage, they are KOed and removed.

I really want to be able to say "I'm sorry, but your line of sight is blocked by the Rolling Head Of Pantha".


Thanks. I was pretty tickled with that one myself.

K26; then print those suckers out! And please let clixers know they are here and more are coming.

Where's the love for Monty Python?

A strawberry tart with not so much rat in it...

Very useful material, much thanks for this article.
Buying Stocks Without A Broker | Bs In Nursing | email services