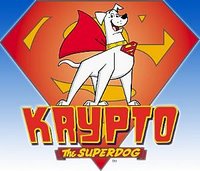 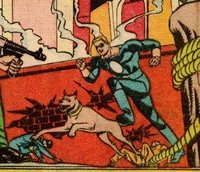 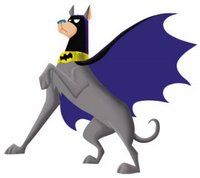 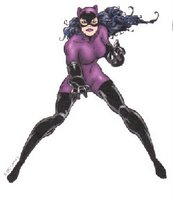 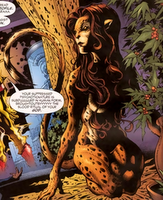 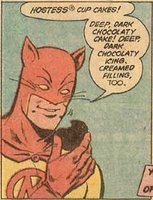 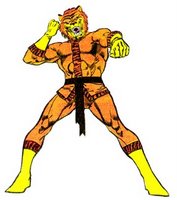 Does this mean that Wildcat is evil and Hellhound good?

And sorry, but Bronze Tiger is awesome.

I'm so, so glad Gail made Catman cool for once.

I was halfway expecting to see some kind of argument that DC was more dog-centric and Marvel more cat-centric, or vice versa.

"I was halfway expecting to see some kind of argument that DC was more dog-centric and Marvel more cat-centric, or vice versa."

Heh heh. That would be like me, wouldn't it?

If Rex is so good, then why is he depicting a racist caricature of a Native American?

Man, using the old Hostess ads is a low blow--they make everyone look stupid, even strangers.

Wearing a headdress is racist?

I've seen them at each of the four Pow Wows I've been to, so you better call the current Amerinds and tell them you've decided they're being "racist".

I don't know ... you've got Cheetah three times over. And Catwoman and Bronzxe Tiger are hardly the best examples of Evil. Even Catman now is a great not-quite-either character.

And I actually prefer dogs to cats myself. But I think you need some more/better examples.

Sorry, but Hostess cupcakes are Beyond Good and Evil.

I'm flashing back to high school for this one. My physics teacher took up ten minutes of class to announce that he was starting a Diversity Club (He was Latin-American in case anyone was wondering). One of the reasons he was doing this was that he bought an alphabet book for his toddler that depicted an Indian (the book's term) as a crocodile in a headdress playing the tom-toms. He pointed out that a cheif was not only the leader of a tribe, but the second highest religious figure in a tribe, and therefore it was offensive.

I don't know why, but that bit of info stuck with me. Going to the University of Illinois after graduation and hearing the Chief Illiniwek debate every day may have drilled that in further.

Then again, I could just be full of crap and am overreacting to something harmless. Yeah, that's probably it.

Good point. Though my high school physics teacher would (and did) argue that an animal depicting an ethnic group dehumanizes said group. Going to the University of Illinois and hearing the Chief Illiniwek debate may have hammered things in further.

Of course, it's very likely that I am full of crap and am overreacting to the picture.

If being evil means enjoying creamy delicious Hostess Cupcakes®, then by all means, sign me up for villainhood.

I see you PURPOSELY ignored the male Cheetah from the Jimenez's run.

Which was probably the right thing to do.

Lordy, I forgot all about him.

He's the counterpart to Wildcat II, another two-month character.