An Antidote to "Superman Returns" mania

I did see and positively review "Superman Returns", but still I feel the need to list


1. Reading Batman doesn't require you to learn a foreign language. 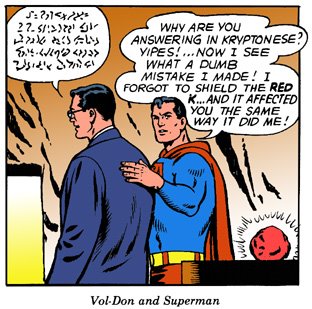 2. Almost anyone can look okay in Batman suit; almost no one looks good in a Superman suit. 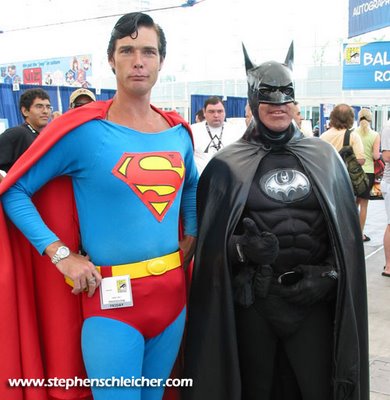 3. Batman is not to blame for the Composite Superman; Superman is.

4. Batman doesn't get kinky with his villains (that's what youthful wards are for). 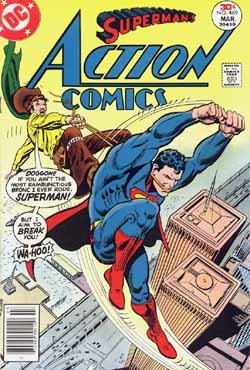 5. Batman has a different woman every issue, or at least, every writer. Superman has Lois, who likes to dress up like Batwoman, and we all know what that means. 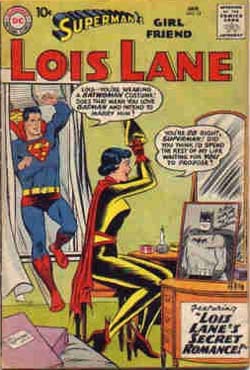 6. You can convince regular people that Batman is realistic. 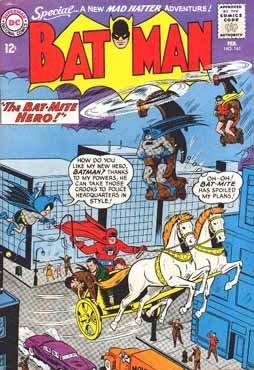 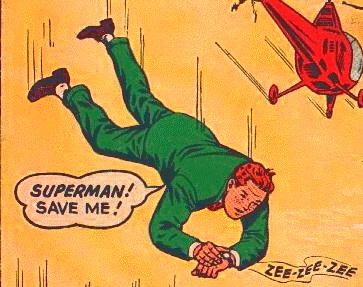 8. Batman has enough eye-popping villains to populate a small town; Superman's only real villain is a generic bald smart guy. 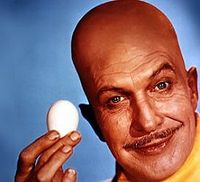 9. Mild-mannered schlub, who gets pushed around by his boss at a newspaper, and spends more time fussing over personal situations with his friends and colleagues than actually fighting the fourth-rate villains who come to town; yeah, Superman is way too much like Spider-Man. 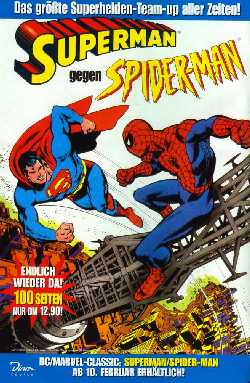 10. Alfred is cooler than everyone in Metropolis put together.
Posted by Scipio at 10:46 AM

Does Arkham count as a small town?

Great post,man. That creepy Vincent Price picture's gonna haunt my dreams for the next week and a half. You don't know if he's gonna do something sinister with the egg, or to the egg. Just that it's gonna be crazy evil.

And no matter what nonsense they do to Batman on tv, he's still cool.

Why Batman is cool in two words: "Whirly Bat." Man, they need to bring that thing back.

Batman doesn't get new villians like Kryptococcus the Omni-Germ, though. So superman's cooler.

How is Superman responsible for the Composite Superman?

I thought that villain's powers resulted from getting hit by a lightning bolt that also struck a bunch of statuettes of the Legion of Super-Heroes empowered with the actual abilities of the Legion members themselves and...

Wait a minute, what point was I trying to make again?

Oh, and Batman may be cooler but you'd rather have Superman over to the house to meet the significant other and children...

Bruce may be a socialite, but he's got no social skills!

Yes, I must admit I was wholly impressed by Kryptococcus the Omni-Germ.

As for the Composite Superman:

1. Superman saved Joe Meach to begin with.
2. Then he publicly humiliated him by calling him foolish.
3. Then he makes him a menial.
4. In a temple of worship to Superman himself.
5. Where Superman displays potential dangeous objects of unknown material made by futuretech.

Not a lot of Batman to blame there.

It seems like they keep trying to make Superman a worthwhile rogue's gallery, but nothing seems to stick.

Lex Luthor and Braniac are obviously his A-list bad guys.

But who else is there? It's never believable that Toyman, Bloodsport, or Puzzler could threaten Superman.

Parasite, Massacre, Mongul, Riot, Cyborg, Silver Banshee, Metallo, General Zod, and Live Wire are pretty cool. But how often do we see them? Like, once every decade?

Doomsday was a plot device masquerading as a character.

Blackrock, Anamoly, and Scorch have potential.

Maxima was cool but better as a good guy.

Whatever happened to Bloodthirst? Sure he was an Apocalypse clone, but he had smoke coming out of vents built into his shoulders and was into survival of the fittest. You can't beat that, man.

Is Titano even stil in continuity?

Superman's rogue's gallery has potential, but it never captures the imagination in quite the same way as the enemies of Batman or Superman do.

How do you just skip over Bizarro and Mr. Mxyzptlk, but somehow hit Bloodthirst?

How is that even possible?

how about the fact that Superman's alter ego disguise is only a pair of glasses AND that all of the great investigative reporters at the Daily Planet (like say, Lois Lane who sees Clark and Superman all the time...) can't see the similarities. it's always struck me as ridiculous.

The Spiderman/Superman cover in German is hilarious

Why Batman Has More Fans than Superman?

1) He is a normal human who routinely takes down super-villains.
2) He isn't afraid to tell Superman to "Cry me a river, build a bridge, and get over it" (in fact, he isn't afraid to go one-on-one with him, if needed).
3) He's paranoid enough to have full files on all League members, including their weaknesses (didn't he have a hand in Brother Eye, too?).
4) He is considered "the world's greatest detective" (or, at least, was at one point).
5) He has been known to have his company build space-stations in secret.

As I said, all this, and he is still a normal human.