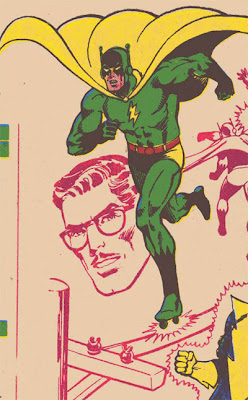 The next issue of the Big Monkey Podcast is now available on-line.

Wherein Jon, Jonnie, Devon, Ben, and I discuss Countdown, the Ultimates line, and the comics for kids.

Plus, a commercial from Derek Lancaster, the Super-Clown of Metropolis , and a special message from Latveria.


P.S. It is also available on the I-Tunes.

The file isn't working for me. It says it's corrupted or something.

Hm. I'm listening to it now and it seems okay...

I can't play it either. It's the wrong kind of file, or it's missing a codec, or something. Maybe it'll work on my home computer.

I think that because it is MPEG-4, it needs a special codec. I could listen to the first one here at work no problem, but I could not find a way to get the second one to play, sadly. I was really looking forward to it as I greatly enjoyed the first one!

Let me get this right.

Are you guy clicking on the direct link from its blog or is this just a problem with the file as it is on the I-Tunes?

Because when I click on it, both at my office and at home, I get connected to a QuickTime player that plays it.

I'm trying to figure whether there is something we can do on THIS end to make it work for you...

Here is a quick two step process to use in the meantime (if you have the I-Tunes).

1) Go over to the I-Tunes and download the podcast. This will bring it down as an AAC file

2) Highlight the podcast, go to the Advanced and select "Convert Selection to MP3." Bam. You got yourself an mp3 of our podcast. The whole conversion should run you no more than ten minutes.

You folks who are having trouble with the Podcast, I need some more information. What client are you using to play it? iTunes? WinAmp? Do you have a PC or a Mac? If you're using iTunes, or if you have a reasonably current install of Quicktime, it should play flawlessly. Let me know, and I'll see if I can help you out.

Also! If enough people are having trouble, I'll start posting them as mp3's. I use mp4/AAC's because they end up with higher-quality, smaller files. so DEFINITELY let me know/Scip know if you're having problems.

I'm using an HP laptop running Windows XP Professional. I'm not using ITunes (I just clicked on it from the blog. More specifically, I downloaded it to my machine and tried to play it from there, as the security on my machine won't let me do it any other way) and I don't have QuickTime; when I play anything on here it's Windows Media Player.

It works fine for me on iTunes.

I am using a PC, running XP Professional trying to run the file in Media Player. I want to say version 9, but I can't launch Media Player right now without restarting my computer and that's not feasible at the moment. I tried clicking on the link over in the Big Monkey blog, and Media Player couldn't wing it. I then downloaded the .m4a file to the computer. It saved from the dialogue box as a .mp3 file. Once it was done, I tried to launch it, and Media Player told me that the extension didn't match the file and couldn't play it. I cannot access iTunes because I'm at work. My machine does not have Quicktime, and I cannot install QT on the machine, either.

I'm willing to bet my problem comes from using the older Media Player without the proper codec AND being unable to access iTunes AND not having Quicktime, so it's the dreaded triple-Whammy, like some twisted and evil version of "Press Your Luck."

I am running Windows Media Player v.11.0.5721.5145. When I try to open the podcast, I get a warning that the file has an extension which does not match the file type. Then it says it cannot play the file, and might need a codec, so I am guessing that is the issue on my end.

Sometimes I worry we wander and laugh too much.

But it least it's not drudgery, as some of them seem to be.

Everyone seems to be enjoying themselves, and that should be the priority. Obviously entertaining the listener is important as well, but if you aren't having fun it shows. Keep up the good work.

Oh, and your dramatic readings of Aquaman are delightful!

Okay, this podcast works much better on my home computer.

That was pretty good. But I was led to expect that there would be some Legion discussion and I was sorely disappointed. I want my money back!

Agreed, a fine second edition! I think somebody was smacking the mic around though... I felt like my car was exploding every time that happened.

Scip, what did I say about banging your fist on the table?

Matthew, we postponed the Legion discussion so that it's closer to the time the Heroclix "Legion starter set" is released later this month.

I haven't listened to the podcast yet, but dammit, I have to comment. Because the original Air Wave, shown in the post from his entry in the first issue of Who's Who, was Pure Unfiltered Radness. The man roller-skated on power lines and had the super power of, um, having a radio in his mask.

Yep, in the olden days, we didn't need no fancy-pants mega-powers like you punks today. Why, all it took was a radio headset, some tricked-out roller skates, and a costume inspired by the Green Bay Packers, and dadgumit, you were a mystery man to be reckoned with!

Isn't he related to Hal Jordan? And therefore prone to head injuries? Hm.

They are cousins. Hence the protective headgear.

So, yeah. My friend (mis)read this post, and now she won't stop referring to me as "the Super-Clown of Metropolis".

I finally listened to the podcast (at least the JLA part, for now), I like it.

Two things about what I've heard so far:

1) So that what it sounds when in my podcast with have Nerdtables (instead of the usual two hosts, and perhaps a guest, we have 4 to 7 people)... it's listeneable, but when we/you all get all riled up by what somebody has just said, everybody starts talking at the same time and there's no way ,making sense of what is being said. :P

2) A little low volume background music (of the non-intrusive variety, like movie scores or jazz) would be good; it'll make the podcast more pleasant to listen to.

3) (yes, three) I haven't gotten used to your voices yet, so sometimes I have a hard time keeping track of who's saying what... :P

I'll listen to the rest of it eventually.