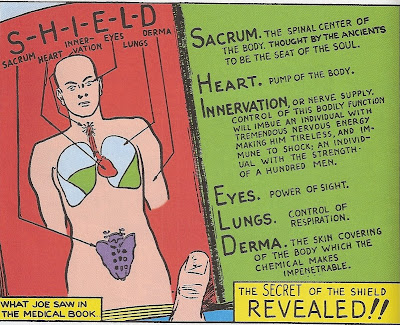 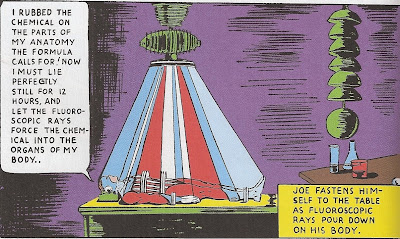 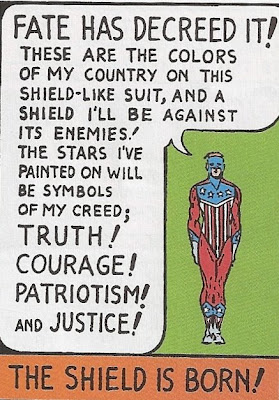 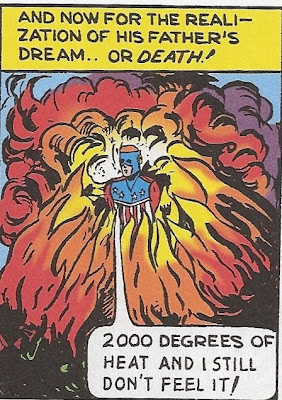 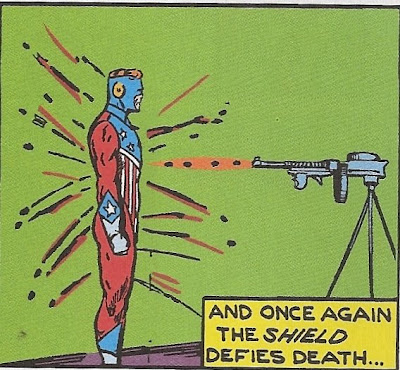 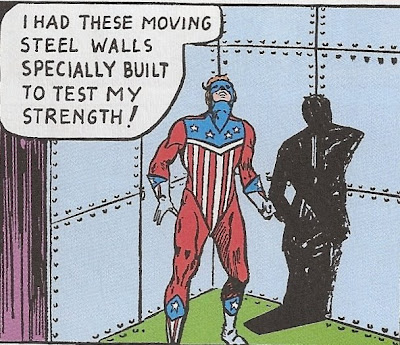 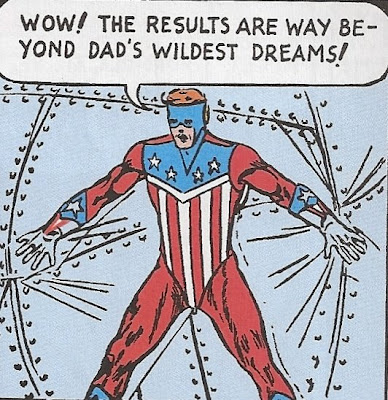 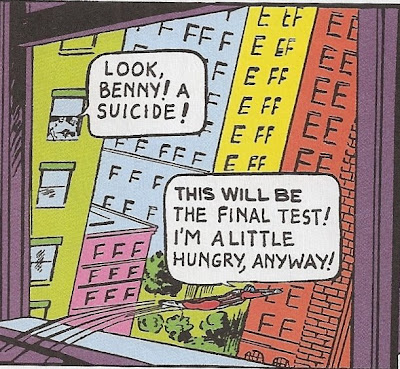 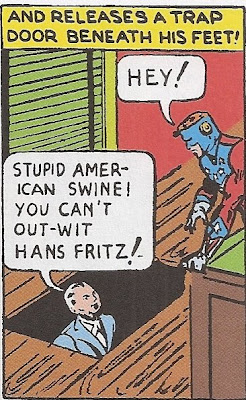 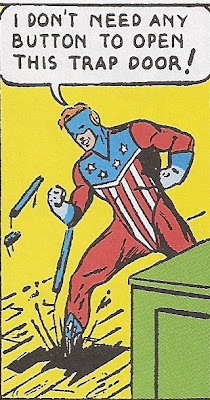 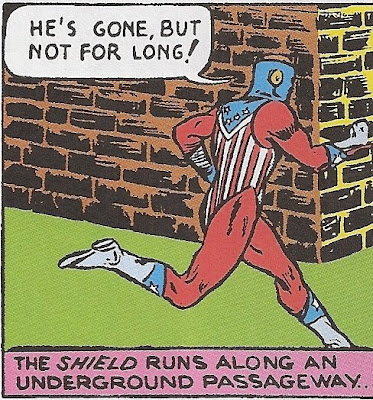 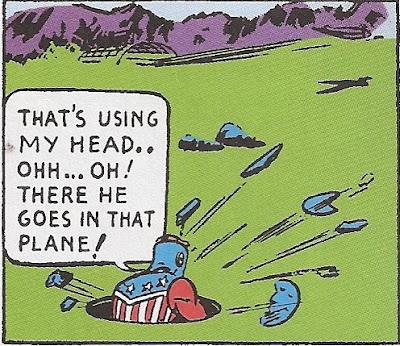 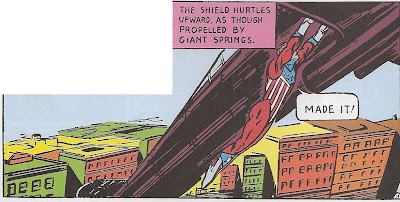 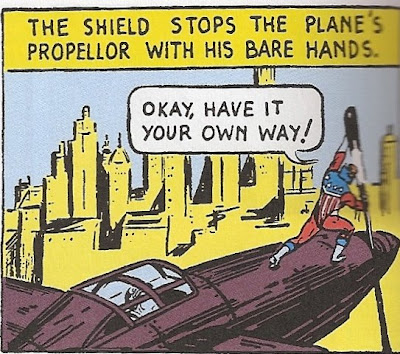 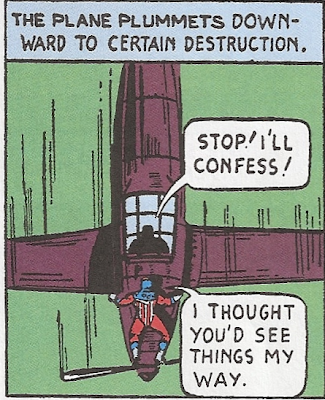 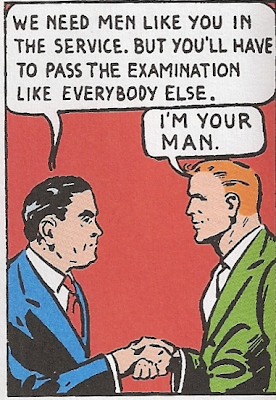 I also love the way that the SHIELD runs, he always remembers to point his toes!

And yes, He has to be Hal's grandfather or uncle or SOMEthing. Using your head to crash into things HAS to be genetic.

With no one to witness it except his faithful sidekick, the Green Chinese Lamp...

I laughed my butt off when I read that line...I have no idea why...myabe because right before it I was looking at the picture and wondering just how the heck he strapped himself on to the table completely without any help...it would leave a free hand. Thank goodness for Green Chinese Lamp... ;)

I disagree with the Nightwing Wannabe...

"And, last but not least...
The World's Largest Open Window"

is the funniest line i've ever read in a very long time. I have no idea why, too, but...

I'm just waiting for Geoff John's version of the Shield's origin, wherein the "fluoroscopic rays" are brutally painful, causing the Shield to weep bitterly while moaning, "Why ME?!"

Oh, and the Green Chinese Lamp would conceal a bug from a shadowy, amoral government task force. (Like the Department of Motor Vehicles! ...I dunno.)

So if the disco lights had instead made a pattern like a Confederate flag, Joe would've said "Aw crap, I guess I have to destroy the federal government now. Fate has decreed it!"

This is a guy who plans his day with a bowl of Alpha-Bits.

The World's Largest Open Window looks out onto a cityscape that knows no perspective.

I imagine all the inhabitants are immune to vertigo.

Well, the color scheme has already made them nauseous, so maybe they don't notice the vertigo...

This gives a whole new meaning to the term "continuity implant."

Well,no one else may have stopped a propeller with their legs, but Tomboy held a plane's bomb doors closed with her legs while hanging on to the wing.