The Place With No Face

Okay, I've never been invited to the Grand Opening of a website. Until today.

The Vic Sage site opens tomorrow; see you there. 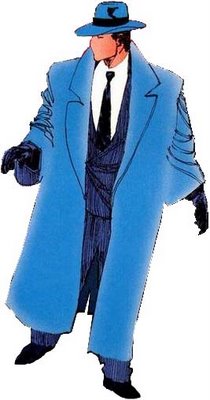 "Because You Demanded It" 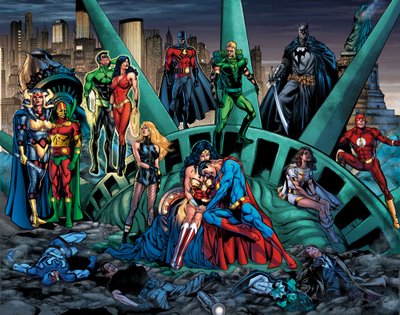 I wasn't going to discuss "the image" that everyone is talking about. Usually I pride myself on my irrelevance, and consider the Absorbascon not so much a forum for the comic book issues of the day, but a refuge from them.

But a regular reader has "demanded" my comments on it, and I'm happy to oblige.

To me, it's primarily just a visual representation of the "return" of the multiverse. (another thing readers have been "demanding" for years). It's likely that, as we used to say, "this scene does not appear in this comic!" Still, I don't believe that the mulitverse is going to remain a pure abstraction; surely, we are going to be treated to a trip or two to some other earths.

I don't expect a total undoing of the status quo; most the characters you've feared or hoped might get shipped off to other earths are ones we have already seen on "our" earth, One Year Later. DC has only recently relearned the joy of playing with its entire universe of characters and letting them interact with one another. It seems unlikely and unwise that they would move in the opposite direction.

Therefore, I imagine that the multiverse is intended as a mechanism for increasing the possibility of characters' interaction. Elseworlds might become places that "regular" characters can visit. Readers' ridiculous obsession with the world of Kingdom Come can be indulged on an earth all its own, rather than trying to shoe-horn current continuity into that unpleasant future. Character errors can be fixed more easily, particularly deaths that didn't work out well.

Actually, on the whole, Vibe's death "worked well". It was an exceedingly tragic moment, ennobled by its crudity and pointlessness, rather than being gilded by some puffed up Universe-Saving Sacrifice or Weeping Heroic Multitudes. It was 100 times more real than Barry Allen's "death by apparent desiccation while having my life flash before me and I comment on it". I mean, as real as being strangled by the detached hands of an Ivoid can be.

Readers liked Barry's death because it was so "noble". Huh; dying to save the universe(s) doesn't seem "noble" to me, it just seems like common sense. That didn't move me much. Dying to save a single kid you don't even know (and who just dissed you)? That's noble; that's how Vibe died. It certainly is tragic.

The most similar death I can recall is the last death of Metamorpho, when virtually no one attended his funeral. But even he died sacrificing himself to save his fellow JLAers, not choking to death on a dirty empty street with not a person there.

But this post is not to advocate the Return of Vibe via the multiverse, sorely needed though it is; I mean, everyone knows that needs to happen. 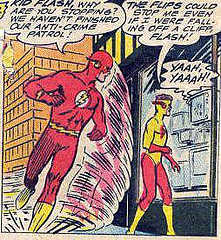 This post is to advocate the Return of Barry Allen.

I don't advocate his return because I'm a big fan of his; I never was, really. All the time I knew of him, he was a boring guy with exceedingly far-fetched adventures based on extremely sketchy "science", pitted against wan, one-dimensional gimmick crooks.

1. His successors as Flash have failed. I'm not talking about their powers or how well they defeated the villain; I mean as characters. Wally showed promise, but it was only fufilled on the JLU animated series. In the comics, he was almost desperately "matured" into less intelligent, lower-class version of Barry, completely losing any of his original charm. Same thing, more or less, happened to Bart. Instead of just giving us faded copies of Barry Allen, why not just give us Barry Allen and be done with it?

2. Don't bother objecting that bringing back Barry Allen would "negate his noble sacrifice". That was over 20 years ago. Besides, it still "happened" to the degree anything in comics does. We've seen Barry again, repeatedly since he died. Barry's death has been milked, well, to death. He's a much more interesting character now; let's take advantage of that!

3. Everybody's doing it. If DC has not been wise enough to avoid mistakes it has at least been wise enough to recognize them afterwards. DC's brought back a host of characters who died, simply because they needed them and we wanted them. So be it. I think it's just fine if publishers want to give readers what they want, just as long as they don't give us what we expect or demand. Ollie Queen and Hal Jordan are not my favorite characters in the world, you know; I've dissed them enormously and repeatedly since they returned. But I'm still glad they're back, because they work in a way there replacements didn't. Barry would be the same.

4. His time has come. Some version of CSI or a knockoff thereof is on every network every night. I think it's time for a comic about a forensics cop, one who just happens to be the fastest man alive. Plus, in our world of hip-talking jivester heroes straining to be edgy, I would welcome the return of the Squarest Man Alive.
Posted by Scipio at 8:06 AM 39 comments:

A Public Notice on Green Lantern

I now officially recognize that it's not Hal Jordan's fault.

Clearly, it's some sort of genetic defect.


P.S. This notice should not, in any way, be intereted as an abrogration of the right to make fun of Hal Jordan nonetheless. Void in Louisiana.
Posted by Scipio at 7:40 PM 15 comments:

about the return of the multiverse. 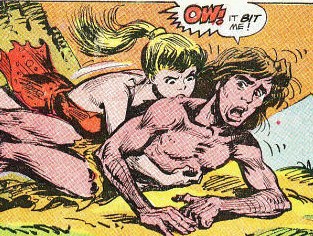 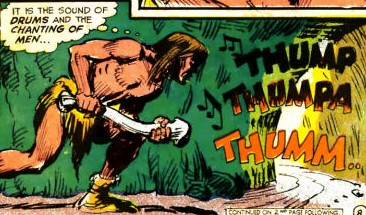 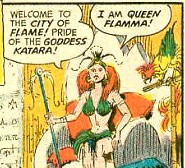 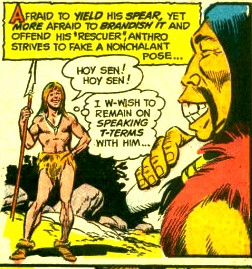 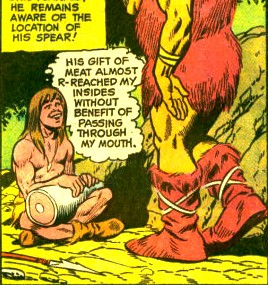 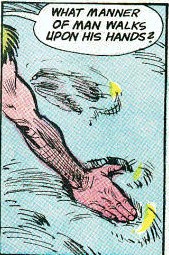 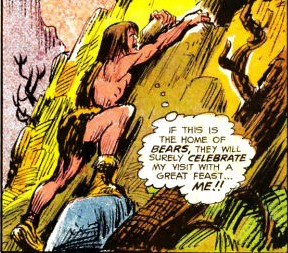 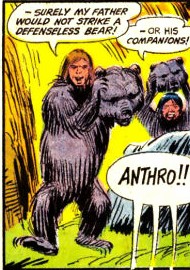 It's the "pinky up" that really makes the panel special.
Posted by Scipio at 1:15 PM 15 comments: