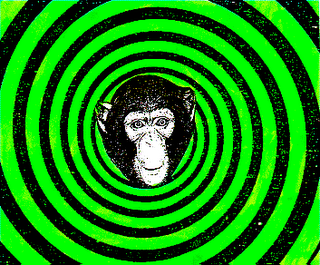 Who should play Two-Face?
Posted by Scipio at 8:26 AM

I'll come right out and say it, even though most DC fans prefer to ignore it as the elephant in our living room:

Replacements do not work.

When writers/editors get lazy or desperate, they resort to scrapping the person who's currently "Heroman" and creating a new character to become Heroman.

And it never works. Not really.

Fans were not happy. The original were back within a year or so. "Oh, that's not fair," you object. "DC never really intended to replace those heroes." As you say, then. But does that counter my point or help make it?

They tried to replace Flash and Green Lantern. The real ones, I mean: Jay Garrick and Alan Scott.

Those replacements were so-called

successes, but in the longer run they are merely examples of the original concept becoming fractured. We keep burning through our Flashes and Green Lanterns now grow like mushrooms. Oh, and who's still around, smiling, and more popular than their

Maybe that's not fair to Hal Jordan. Perhaps (unlike the Silver Age Flash) he's sufficiently different from his Golden Age namesake to be considered the original "space policeman with power ring weapon". But then that brings us to his replacements. When some editor finally said, "Yeesh, better send Hal to the Head Trauma Center for a couple decades!", they tried to replace him with likeable John Stewart, unlikeable Guy Gardner, and pretty but pitiable Kyle Rayner. Oh, and an

anthromophic comic relief dog. Then the Head Trauma Center withdrew Hal's meds, so he went crazy, became evil, died, came back as a replacement for a different hero. Who's starring in the Green Lantern series now....?

His hard-travelling companion, Green Arrow, they blew up and tried to replace with a convenient illegitimate son who apparently grew up at the same Camp for Accelerated Childhood & Adolescence that the babies on soap operas get sent to. Even though GA-II was 90 times more likeable and interesting than his dad (but then again, so is Marsha Mallow), GA-II is gone, mostly unnoticed and his jackass father is back from the dead and mayor of his city.

Hawkman, anyone? Fortunately, Carter Hall is back and busy posing for his new Heroclix figure.

The only possible exception to this rule is the current Atom; maybe that's possible because the Golden and Silver Age versions never worked that well to start with?

I think it's just because he's so cute, actually.

I mean, who are they going to try foolishly replace next... 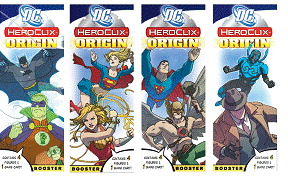 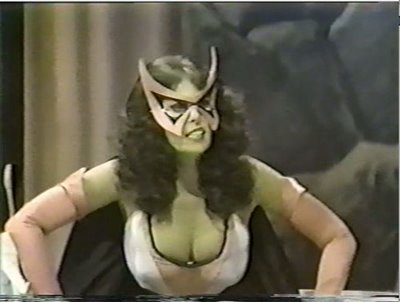 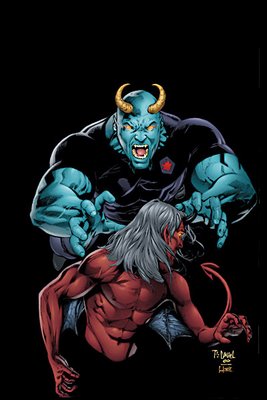 But only the most amazing of you will manage to do all three at the same time...
Posted by Scipio at 6:31 AM 20 comments:

Dan Didio Writes In Self As Supervillain! 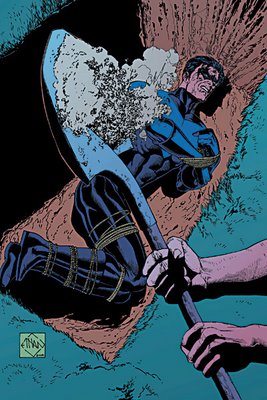 "Cary Bates was always my idol!" Didio confesses.
Posted by Scipio at 4:59 PM No comments: