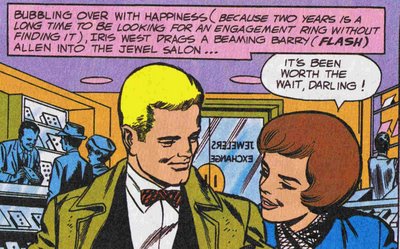 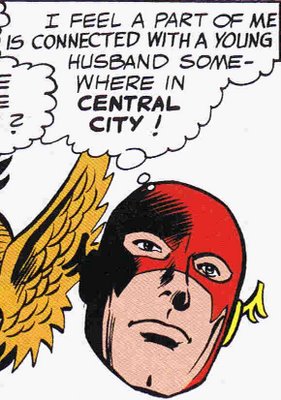 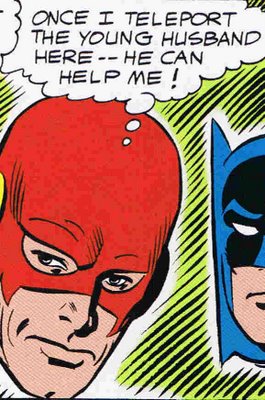 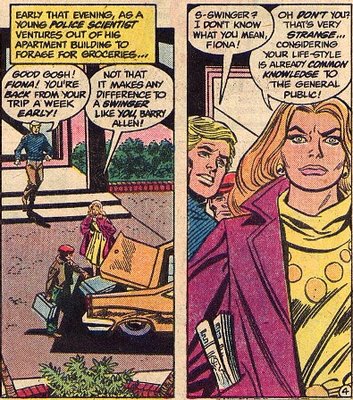 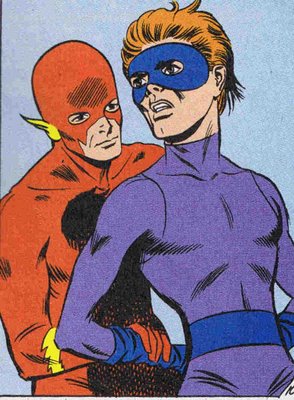 Central City is getting worse, by the way. Judging for Nightwing's OYL apartment, they've annexed New York.
(And he can get that thing, with a view, with a lousy C-note deposit?)

I first read this:

"... I have a special feeling for my fellow Justice League member!"

"... I have a special feeling for my fellow Justice Leaguer's member!"

You're the panel scan master.

Glad to see my "swinger" panel making the rounds. I'm saddned that I missed some of those on my own read though.

There's a story in there I would've never thought to read. Thank you, Absorbascon. Thank you.

"Then Iris died. For a while. How convenient. What did Barry do without her?"

Zatanna, if I recall correctly.

I gotta stop reading this blog...every time I pick up a Silver Age comic I feel weird in my icky stuff.

I'm pretty sure Zatanna shot Barry down. Most embaressing for Barry, since Scipio's already shown that Zatanna's not the most discriminating of women.

Yes, I do believe Fiona was committed, but "would get better." I don't think anyone has ever brought her back, even to kill her off. Could be wrong though.

Interestingly, she gave Barry the cold shoulder for a long time, too.

Ralph has a giant freaking head in that last panel, there. I could probably wear that mask as a stylish cummerbund. With eye holes.