Killer Moth Week, 2: Who He Is and How He Came To Be 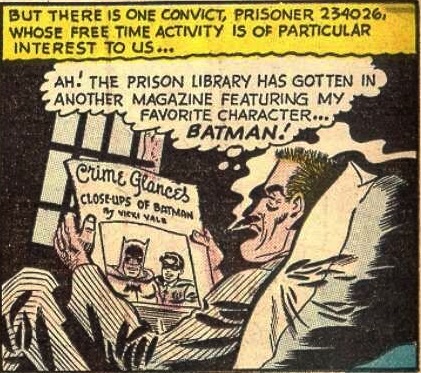 Yes, he kept pictures of Batman and Batman stuff under his mattress.  Prison's a lonely place, folks.
Wait; damn you, 234026, you tricked me into saying "Batman Stuff". 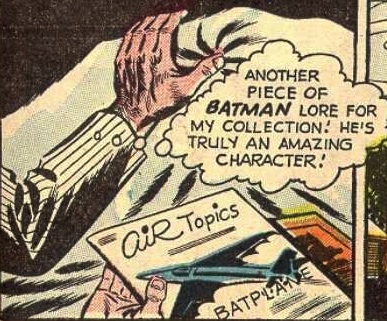 "Lore"? Okay, then; all that stuff under my mattress? It's Adrien Brody 'lore', baby.


But it was no idle interest! It was a part of plan to become: THE ANTI-BATMAN. 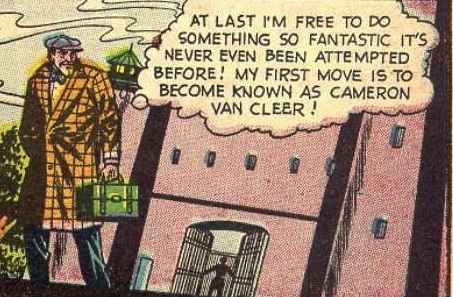 
Fortunately he had some loot left over.  Enough that he could: 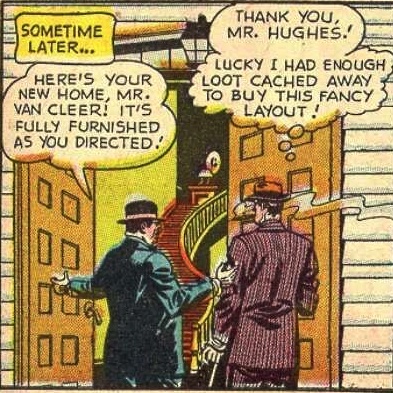 First-time homeowners; always hold out for a realtor with a Homburg and white gloves. 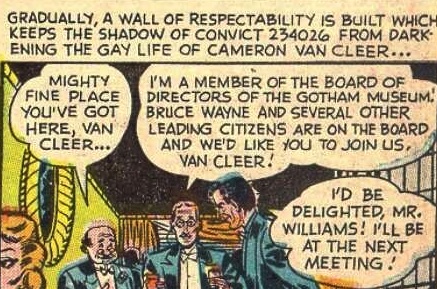 "Gradually, a wall of metaphor is built which keeps the shadow of bone stupidity from darkening the absurd plan of Convict 234026..." 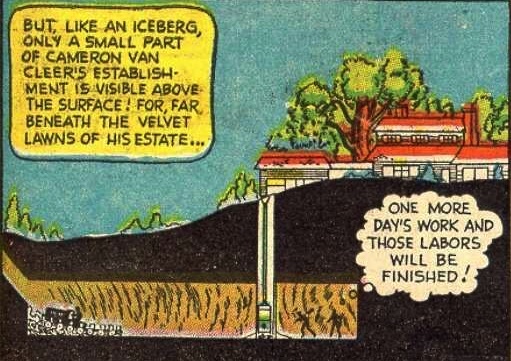 So, how do you find people to build you a cave?  I mean, before Yelp?


Lawns of velvet are not cheap. That's... a lot of loot.  Like, enough to retire on.  Or to have hired lawyers to get you out of prisoner earlier.  Shouldn't you save some of that money...? 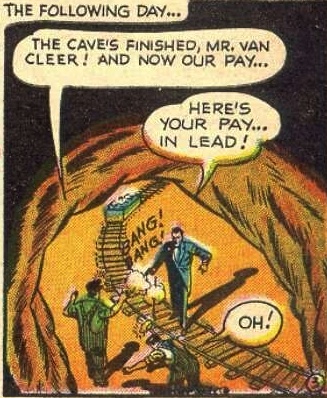 That does save money, doesn't it?  I always forget that paying for things in lead is an option in Gotham City.


Convict 234026,  I mean, "Cameron Van Cleer" isn't just a crook.... he's a KILLER.  So to become a guardian of crime, and 'anti-Batman', he picks what is obviously the appropriate symbol/totem: an OWL!  He becomes OWLMAN, because OWLS are KILLERS.  KILLERS of BATS.  Because he's going to KILL Batman's ass and that of anyone else who gets in his way or expects standard, fungible, non-lead payment for excavation work.  Behold, the original anti-Batman, the sentinel of crime, the terrifying OWLMAN: 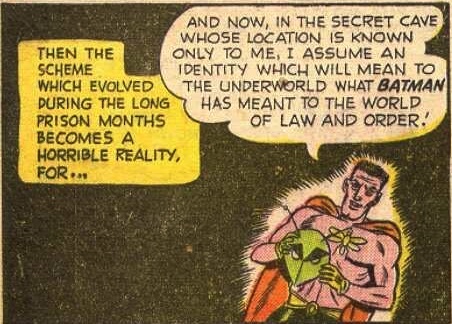 Yes, wearing that outfit definitely counts as "a horrible reality".


Wait, what?  That... that doesn't look like an owl costume.  Not even, like, a really gay owl costume.  And I know, because I've seen those. 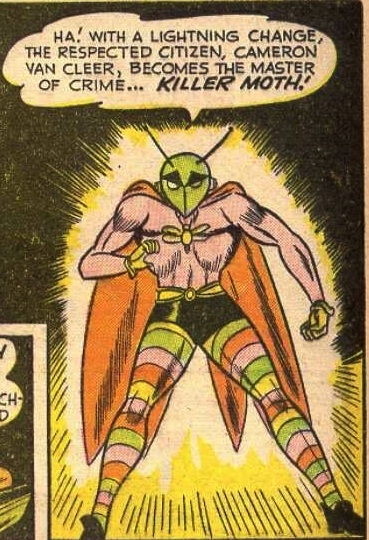 HA!
I fooled you!  You thought I was going to become something cool and terrifying!

Yes, I guess decaying fruit is what guys in really gay owl costumes would prey on.  And anyone who falls for this "Killer Moth" routine is definitely a sap.

Some moths don't even EAT. They just become moths, then die. Way to tempt fate, there, "Cameron". 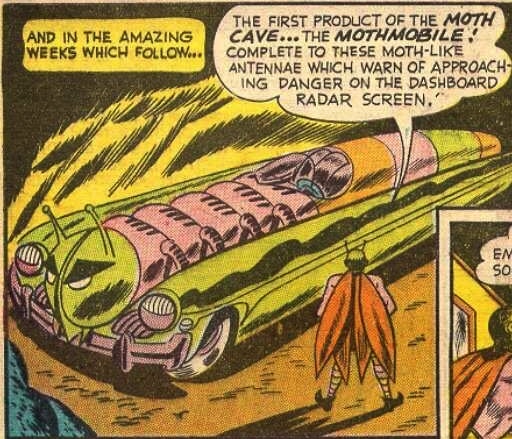 Dude, you just invented a car with Spider-sense; retire NOW.  And take off those shoes.


Yes, those must have been "amazing weeks", indeed.  Did KM wear that outfit the whole time he was building the Mothmobile?  Or did he just hire some guys to build it and then pay them in lead? 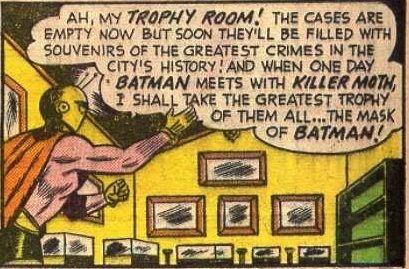 Killer Moth's empty Trophy Room is probably the most pathetic panel in any comic book, ever, even including the time Enemy Ace's puppy fell out of the plane. 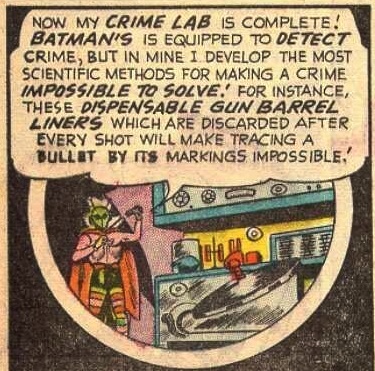 Ladies and gentlemen, the Inventor of the Gun Condom.

At least he's got some real Batman-chops there, with his 'crime lab'.  But, really, once you're invented the gun condom, don't you think you'd be content to get rich on that? I mean. richER; you already live in a mansion with velvet lawns.

Well, Cameron's nice to sacrifice his time (and fortune) to give the criminal community a service by dressing like a pretty pretty moth to protect them the police.  I'm sure they will be very appreciative of his help tomorrow...

So, the guy started out with THAT MUCH money and he ended up, well, the way he ended up. That transcends even the "redouble your efforts after you've forgotten your aim" trap that some villains fall into. It's a Great American Absurdist Tragedy, I tells ya.

So Killer Moth's initials are KM, like those of gay icon Kylie Minogue. I rest my case, your honor.

Now I want to see a video of Killer Moth performing "Your Disco Needs You".

What's wrong with his shoes? I have a pair just like that.