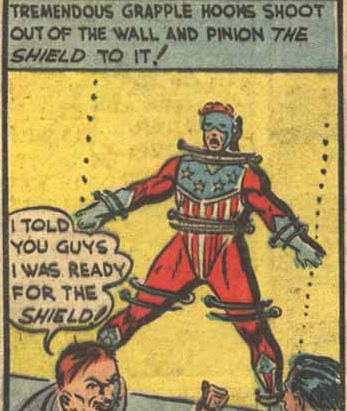 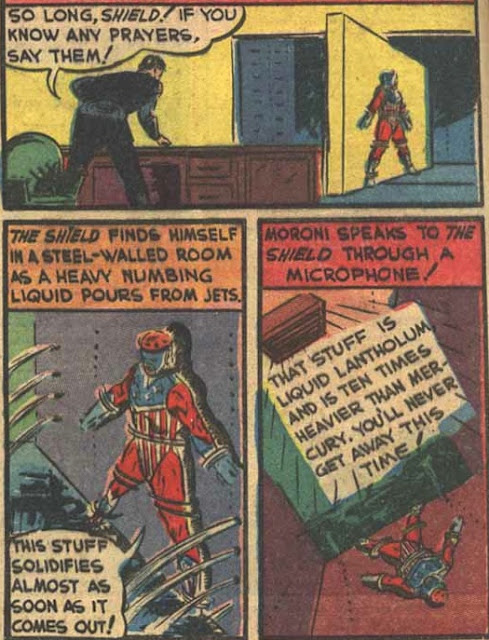 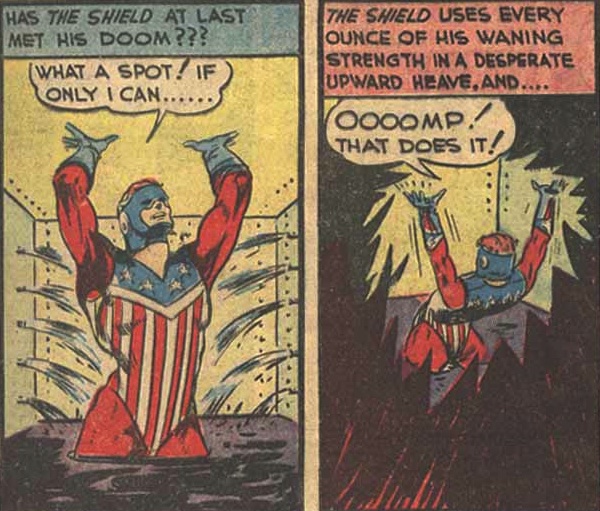 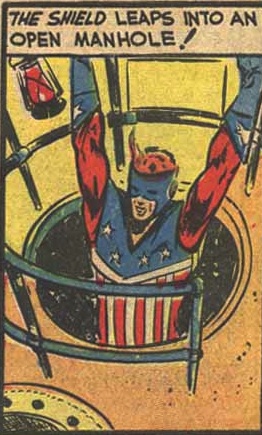 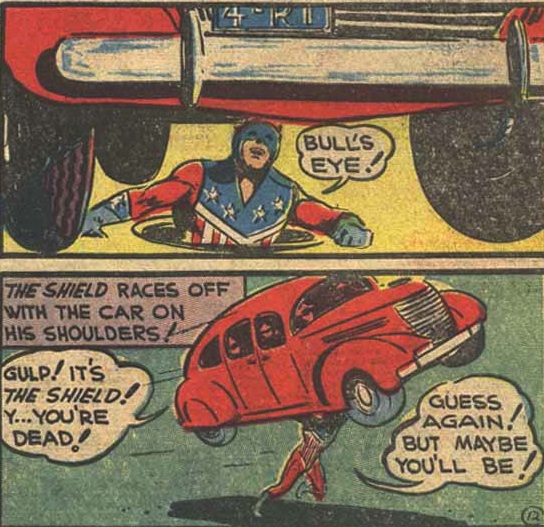 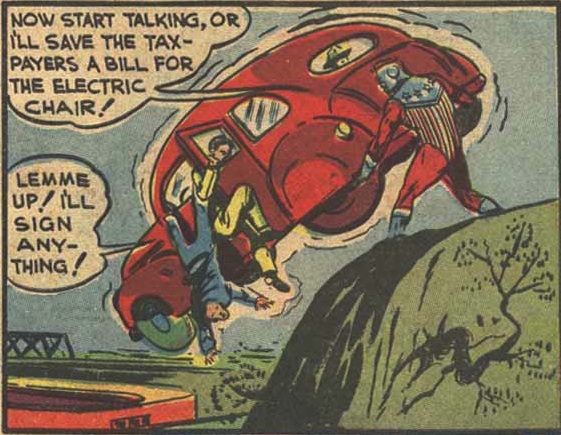 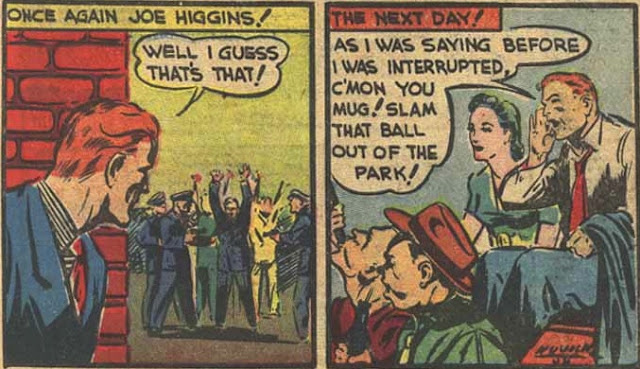 OK, my pics comment is now invalid, but I can't get this lantholeum out of my mind. If the villain's plan worked, he'd have a room full of hardened metal. Seems like an expensive solution.

This is some grade-A crazy. It's like having a fever and watching Mexican TV.

The best thing about it is the incredible coincidence by which the Shield just happened to back up against the wall at the exact spot where those grappling hooks could come out.

I haven't seen an evil plan fall together based on luck like that since... since the last Batman movie.

"In the 1940s the courts weren't too fussy about how you got a confession as long as you got one."

Well, remember, the Shield, as a private citizen (JOE HIGGINS is an FBI agent, but as far as anyone knows, THE SHIELD isn't, right?), can intimidate a confession out of whoever he wants, then relay the info to the FBI or the police and said info would be admissible under some circumstances or another. I'm pretty sure.

Admittedly, the Shield himself could then be charged with aggravated assault or whatever form of intimidation he used to obtain the confession but, hey, it's his word against Maroni's, right?

I know FOR sure that in the 1940s there was no such thing as the Miranda rights ("You have the right to remain silent" and so forth), so I'd presume that reading someone his rights before he confessed was a total non-issue (no pun intended).

An amazing chain of events. And I'm sure that the Shield was pointing his toes throughout the whole kerfuffle.

Heh. That Shield. Only he could call multiple murders, an extortion racket, mobster mayhem, and a lantholum death-trap an "interruption."

Totally off-topic, Scipio, but wanted to make sure you saw the Vibe cartoon on the trailer for next weeks' DC Nation.

Vibe is ALWAYS on topic at the Absorbascon.

Dave, someone has mentioned it (of course!) but I have not actually see the trailer (I abandoned cable tv you see). If you could point me to it some where on lie, if such a place exists, I would appreciate it).

No one found the legal analysis of super-hero action worth a reply, huh? Oh well, so it goes.