One Through Five: Second Story

In their second stories,

stops a war in the South American country of San Monte single-handedly.

hangs a man out a window to make him talk. 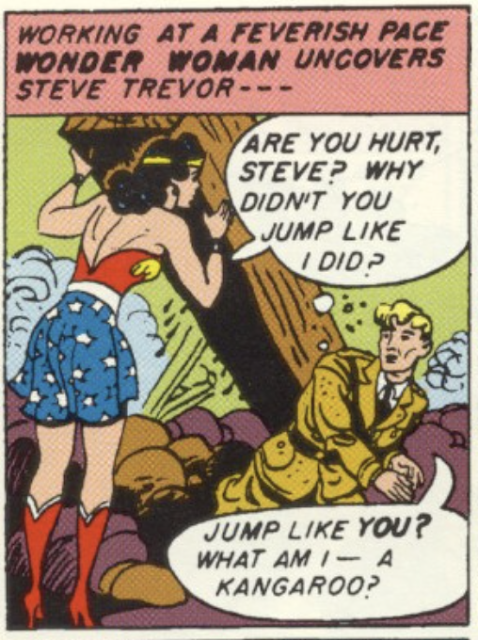 brings Steve Trevor back to Patriarch's World in her Invisible Plane

makes a bunch of money with a one-woman show,

uncovers and destroys an enemy chemical base.

sinks a pirate ship with its own torpedo.

saves a child's ring from a sewer,

gets demeaned by Iris West, all before dinner.

gets hit in the head with the Yellow Lamp.

"We lamped him out!" How has nobody gone back to give this guy a costume? That seems like too DC a catchphrase to just be forgotten.

"The Yellow Lamp" is no "The Sign" as villains go. I'm just sayin'.