In a recent interview Joss Whedon said: "If I could get my hands on absolutely anybody it would be Batman. (audience applause) He's a Marvel character in the DC universe."

That's the final straw.  I have (mostly) kept my trap shut for years on-line about despising Whedon's immature meta-driven snark-dripping characters who all speak with the same voice and his ability to make virtually any character sound like an adolescent who needs smacked.  I've never wanted to upset my friends who like his fan-pandering work and keep trying to shove it down my throat.  Yes, friends, I know you enjoy those burgers from Five Guys; but that doesn't mean that they are good food.  Whedon's work is the Five Guys of fandom, appealing to your basest tastes while clogging you literary arteries and starving your soul.

But now he's crossed a line. Saying you'd like to work on the Batman IP is one thing; who wouldn't?

But claiming that Batman 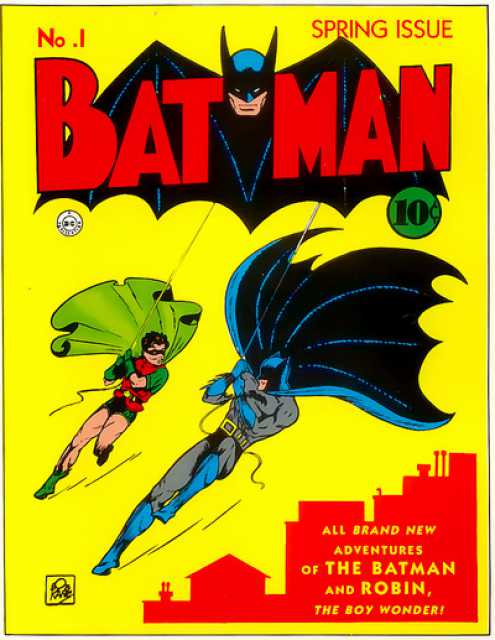 is "a Marvel character in the DC universe" shows that not only do you not understand Batman but that you don't understand the DCU.

Stay away, Whedon.  Stay in the Marvelverse where you're feel to write any character as a troubled, fractious, self-centered jerk and have people applaud you for it.  Because you are not welcome in any version of the DCU that I would recognize.
Posted by Scipio at 2:01 PM

I think it's probably just a reference to the fact that DC has a lot more powerful characters. Non-powered characters don't stand out quite so much in the Marvel U, as opposed to DCU which has so many godlike characters.

Marvel Batman would be defined by his imperfections. DC Batman is defined by his perfection. Being gritty and violent doesn't make it Marvel anymore than being colorful and idealized makes a character DC.

Also, have you tried Elevation Burger? It leaves you feeling less greasy and fat- laden than Five Guys.

Sadly, these days I'd be hard-pressed to tell the difference between Marvel's heroes and DC's. Not much difference on either side the way they're being written, especially the most popular characters.

Marvel already HAS a Batman who's been processed to fit in their universe; he's called the Punisher.

And Five Guys is ass. I live by one simple rule: every time I'm tempted to have a Five Guys burger, I select a random diner and order a burger there instead. I've rarely regretted it.

I had a Five Guys burger once...and I was completely unimpressed.