Wolf Week #5: God Loves Batman and All the Little Children

When we last left Batman he was about to die just as you always suspected he might: beaten to death at a construction site by a werewolf with a piece of rebar.

But, the Stupid Bronze Age Batman, like many village idiots, is beloved of God. So, after Batman has blown every chance to escape or incapacitate the werewolf, God saves him. 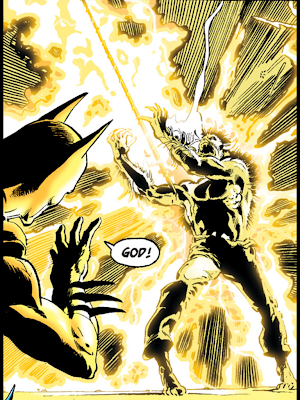 At least Batman gives credit where credit is due.

In the 1970s, God saved Batman a lot. Pieces of buildings would fall on attackers, paintings would mysteriously point to the right antidote, villains would suddenly be startled by their own jewelry and stumble off a cliff. Really, it was as if Batman had an Ironic Death Generator in his utility belt. If the Golden Age Batman's chief weapon was the Strange Hunch, the Bronze Age Batman's was Divine Intervention. "Stand clear, Robin! I'll hurl these Deus Ex Machina capsules from my utility belt!" 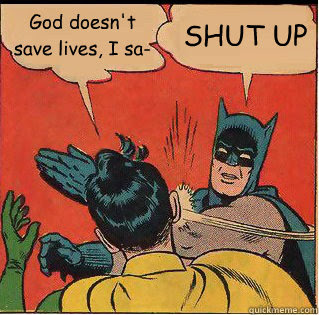 As for the story... that's it. God saves Batman. 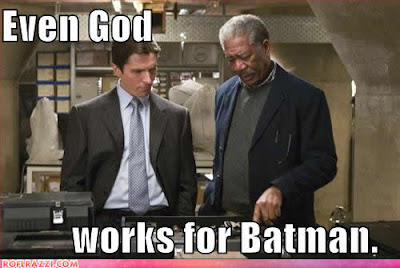 Batman shrugs and says, "Wonder what Alfred's made for dinner?" 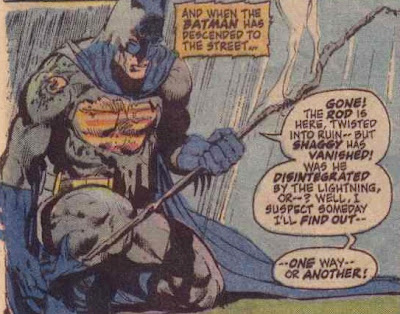 It's a lightning bolt, not a phaser cannon, you moron. Lightning bolts do not "disintegrate" people (let alone werewolves). Oh, and god forbid you should actually look for any forensic evidence to determine whether the werewolf survived, because that would be too much like detective work. "Guess I'll just wait to see whether he turns up in some later story or wolf-mutilated corpses start showing up somewhere in Gotham."

So, let's recap. Batman doesn't look for any evidence as to what happened to the murderous monster, makes no connection between Anthony Lupus and the werewolf, doesn't investigate the missing timberwolves, gets nowhere near the actual bad guy, Prof. Milo. Ladies and gentlemen, the World's Greatest Detective. 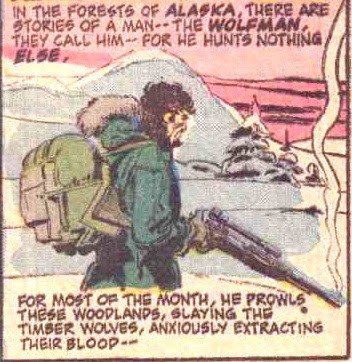 Meanwhile, Anthony Lupus abandons his fame and fortune and moves to Alaska. Why I do not know since, there is no way he would go to prison for kidnapping Batman; Batman has no evidence of that, and Batman is certainly not going to look for any evidence. Anyway, now that Anthony is Alaska he kills as many wolves as he can (for... food? revenge? the Outdoor Channel?) while joining their pack monthly.

Oh, and collecting their blood, which was the key ingredient of the formula that made him a werewolf, not the antidote. I guess he intends to regain his fortune by cornering the market on timberwolf blood. Ladies and gentlemen, the World's Most Confused Decathlete.

You know those stories where bloggers post pics and you suspect that by removing them from context it's made the whole thing seem much worse than it is? 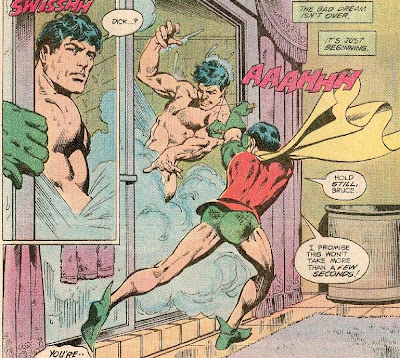 This is not one of those stories. I assure you that every panel I didn't post from the story would only make it -- and the Stupid Bronze Age Batman -- seem worse.
Posted by Scipio at 5:38 AM

Curse you, Scipio! Your posts are like some sort of mind control. Now I want... to read... this comic!

Well, when your "brilliant" arch-enemy and wannabe mentor finds you by looking at the address on the Batmobile invoice the bar isn't set very high.

Whatcha gonna do? It was the '70s. People were like that back then.

Did you notice that Batman calls the werewolf "Shaggy"?
EVERY FRICKIN" TIME. He calls it "Shaggy" about 12 times in the course of the story.

If you want to know what "Joss Whedon's Batman" would read like, just read the Stupid Bronze Age Batman.

You know, I am actually glad that the werewolf got away!

Don't be silly, Scipio. Joss Whedon's Batman wouldn't be Stupid Bronze Age Batman. He would be an athletic ninteen year old with a wry, sarcastic wit. Also, he would be female.

Van Google - in other words, it'd be all about Batgirl.

On the other hand, Batman got to crush a Talon with the Giant Penny in Batman #8, so the month wasn't an entire waste.

No excusing Damien,though; they ought to ship the little psycho off to Belle Reve for a long stint with the Suicide Squad.