It's his party and he''ll laugh if he wants to.

Of all the henchman on the Batman television show, I think the Joker's men had it the worst.

I mean, you'd think working for Cesar Romero's Joker would be sweet.  He makes everything a big fabulous production, he's never in a bad mood, and all above all he believes that the job of being a criminal should be FUN.

And it is. For him.  NOBODY enjoys ANYTHING more than Romero's Joker enjoy just being the Joker. Ye gods, just WATCH IT:

There are no drugs that can do that for you.  Joker is high on LIFE, people.


If you did not laugh at some point during that, you are made of much sterner stuff than I. The part with the red fish always gets me.

But it seems like a different story for his henchmen.  It's like they're the unwilling guests at the Joker's party.  They never seem to laugh or enjoy themselves; they're just sullen background noise.  Whenever the Joker is in the room there is no excess glee to be had; Joker is having ALL POSSIBLE FUN at that moment, and there's none left for you.  If he even notices that, he's vaguely surprised at it and not all at concerned.  If you don't get the joke, it's you loss. 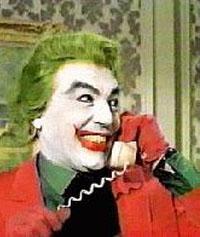 "Hello, tobacconist? Have you, by any chance,
Prince Albert in a can....?"


And those outfits; ugh!  Even as a tiny gay child I was puzzled that while all the other supercriminals gave their henchfolk nifty matching outfits to wear, the Joker' gave his guys crap.  The outfits don't match, the colors clash badly, and there is nothing thematic about them at all.  Who wears caps with mock turtlenecks under sweater vests?  The Newsboy Legion?  And what's with the blue and red, is this the Superman Revenge Squad?  WTF, Joker?

I think half the time he's just laughing at how stupid they look.  "These dunderheads will wear anything I tell them to!  I got those outfits from the dumpster behind JCPenny, EhwhoooOOOOYAhHAHAHAHa!" 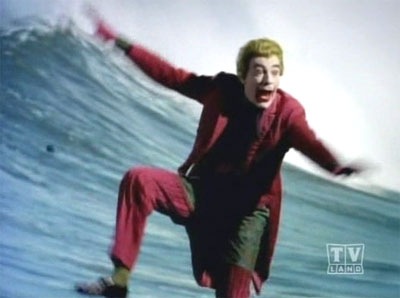 "I can make anything look good! Enjoy your sweater-vests, my lustre-less lackeys!"


Still, we must remain true to the show.  So in making Joker henchmen tokens for the forthcoming "Batman 1966" Heroclix set, Israeli illustrator Aviv Itzcovitz gives us these (sadly) perfectly accurate renditions (although mercifully sparing us any bright blue and red combos).  For how to use, see this link. 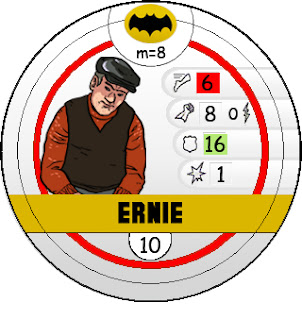 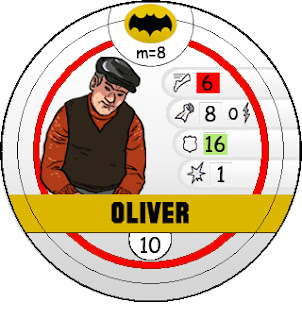 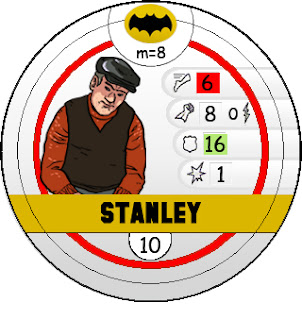 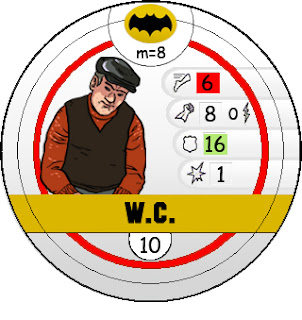 Romero's Joker rocked. It wasn't the homicidal maniac version we're used to in this day and age, but he still caught the manic energy and goofiness--as well as the level of criminal competence. He was the Silver Age Joker, grease-painted over mustache and all.

And Romero was SIXTY when he played the role. Astonishing.

I would think that being a Joker flunky would be The Worst. You wouldn't dare to make a funnier joke than he did.

So when the Batman teevee Heroclix DO come out, we should quit checking for updates here for about, let's say, two months?

I'm building a blog community, Get more traffic to your blog! Be the first to share your blog articles at https://www.facebook.com/BloggersXchange