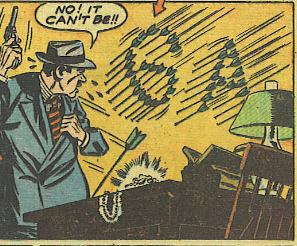 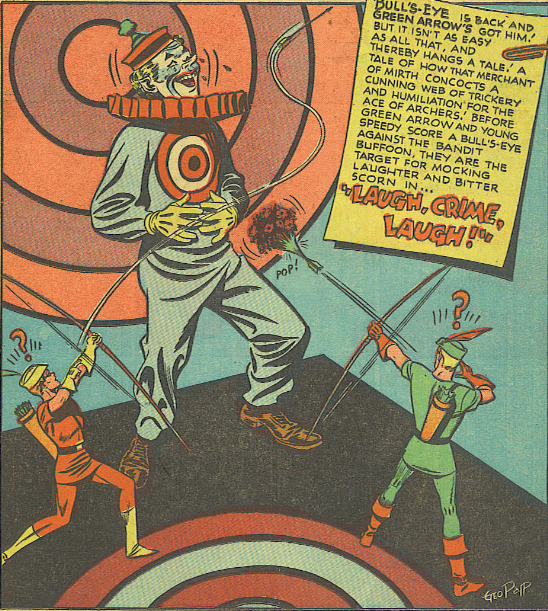 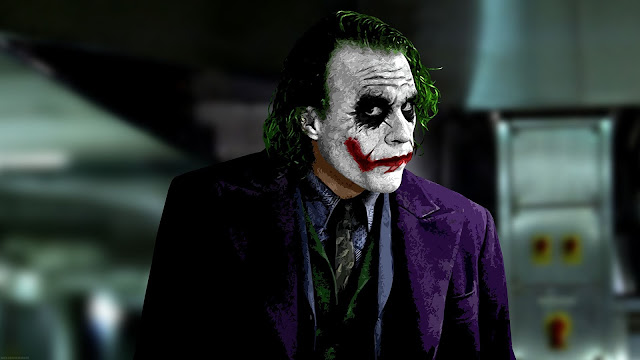 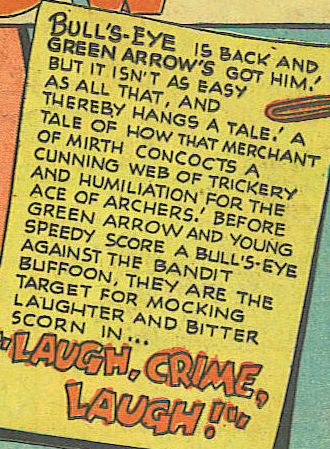 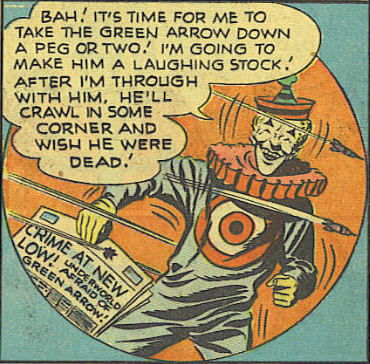 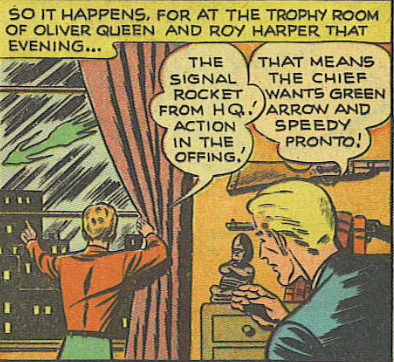 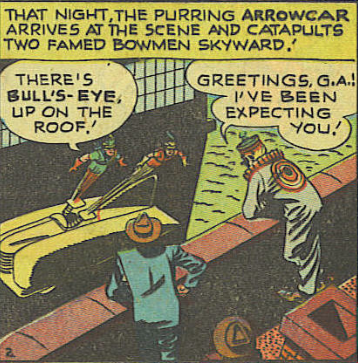 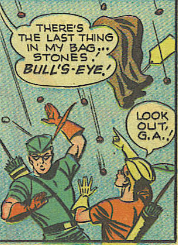 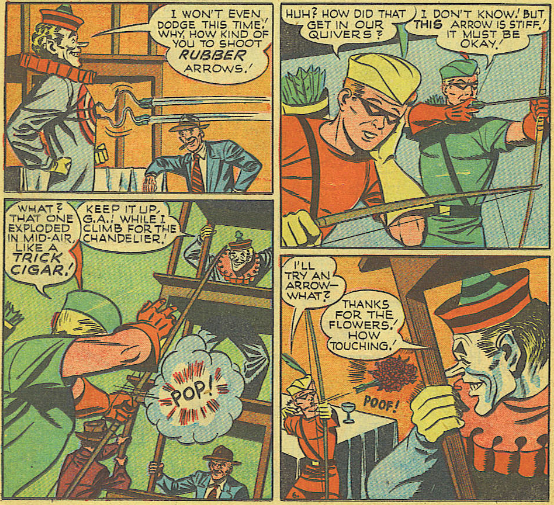 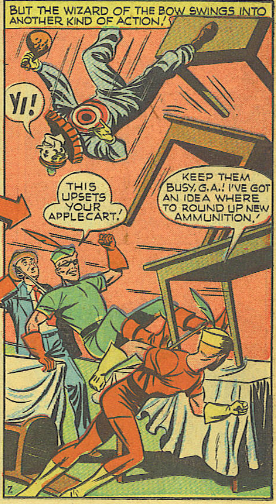 Was Bullsye announcing his latest crime scheme while standing in front of a dart board during a competition?

What is going on in that panel?

His own men are throwing darts at him. Dodging projectiles is his hobby.

Red Bee vs. Green Arrow - that is truly a battle I'd love to see.

So Green Arrow versus the Composite Batroc?

Dunno if you've been following "Green Arrow" lately, but Lemire is trying to form a framework in which Green Arrow makes sense. It remains to be seen how well it will turn out, but it's definitely a thought-out effort, and that's a change from what nu52's "Green Arrow" has been.

Wait... there's an Arrow Signal? I knew GA was a weak Batman ripoff in the early days, but I didn't realize it was THAT bad.

A flaming green arrow in the sky.

So, with that first panel, I'm apparently supposed to believe that Ollie fired 36 arrows at once in a precise pattern or that the crook stood there patiently while he spelled out "GA."

I don't buy either scenario.

Dave, I prefer to imagine GA just stringing 36 arrows AT ONCE and firing them into a 'GA" pattern.

Or having a pre-loaded "monogram arrow" that splits open into 36 projectiles that form his initials when they hit.

You know...I actually have a soft spot for Ollie, but this is just...so perfect.

I'm trying to figure out how Roy & Ollie knew their arrows had been switched, rather than just having pulled the wrong one from the quiver. 'Cause you know the bouquet arrow and exploding cigar arrow were already in there...

I rather like the idea of a villain who specializing in dodging projectiles. It's refreshing.

It also reminds me of my childhood, when I displayed an uncanny ability to not get hit while playing dodgeball (or its variants, like warball0. My schoolmates were astounded, since I had no other athletic abilities to speak of. I absolutely excelled at ... well, moving out of the way.

It seems like just ONE arrow in the wall would have sent the same message.

I'm kind of surprised no one has used this one to a Green Arrow and Joker story with the Joker being 'Leapo/Bulls-Eye'.

Should I comment on the sequence where their arrows are too soft at first, then Ollie's is stiff but explodes prematurely, then finally Speedy gives Bullseye some flowers with a "POOF" effect? No, I don't think I will. Oh wait, dammit.