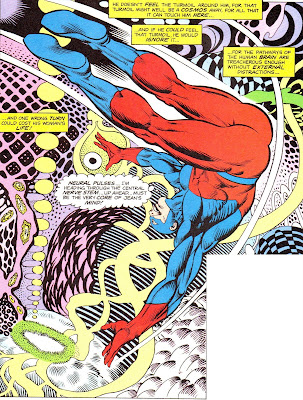 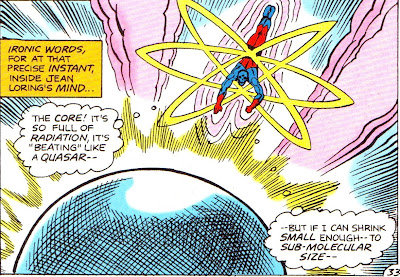 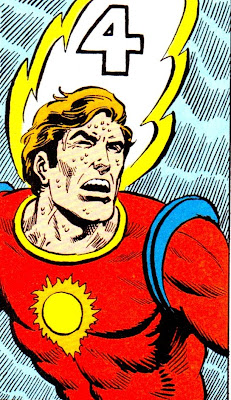 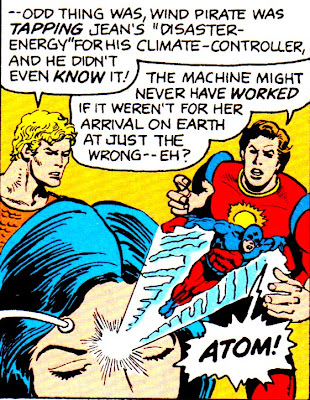 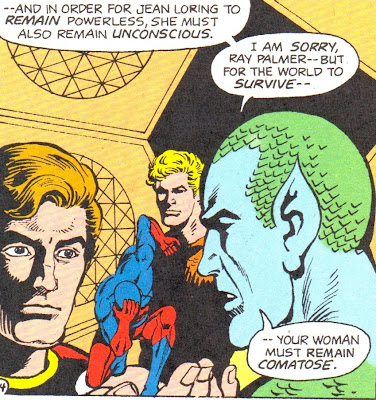 See? I told you!
Well, the world's is safe, the Atom takes some aspirin, and Jean Loring lives to terrify the world another day. What else is there?
Next time, we wrap up with:
The Top Ten Things I Learned from The Attack of Jean Loring's Brain.
Posted by Scipio at 10:32 PM

This is...utterly magnificent. I can't see that Captain Comet did a whole lot, but that's pretty much par for the course, for Captain Atom. And Name-ors scaley little green head is just so...cute!

Not so much a "brain pearl" as a "cyst of evil" that Ray has lanced. Of course, the evil will eventually reaccumulate and bubble to the surface, as Name-or correctly diagnosed.

I think this is classic:
"--odd thing was, Wind Pirate was tapping Jean's disaster energy for his climate-controller, and he didn't even know it!" "The machine might never have worked if it weren't for her arrival on Earth..."

They're totally blase about a "Wind Pirate", "disaster energy", a "climate controller", and Jean's "arrival on earth" - but the irony of not knowing is somehow remarkable.

The question is, who woke Jean Loring from her coma? Because that person is responsible for unleashing a lot of evil on the DCU. Identity Crisis, for instance.

THAT is story for another week. ;-)