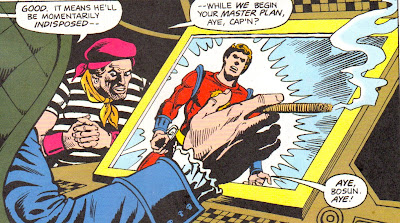 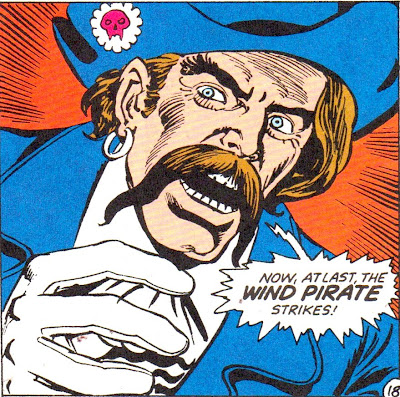 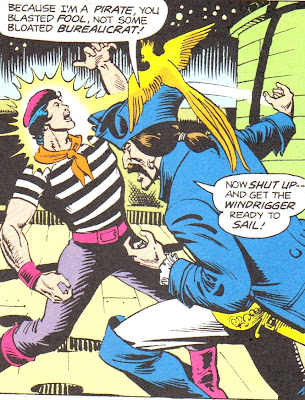 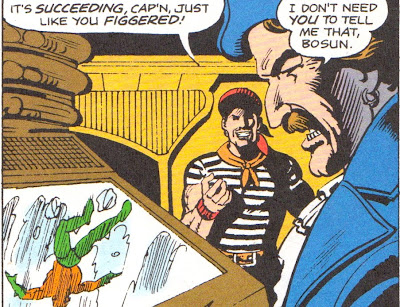 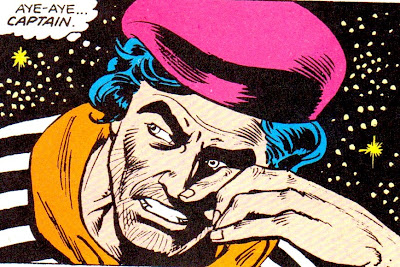 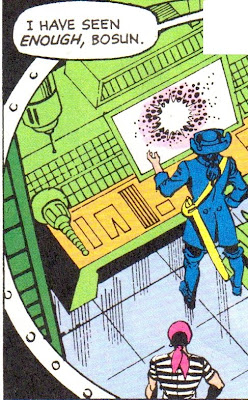 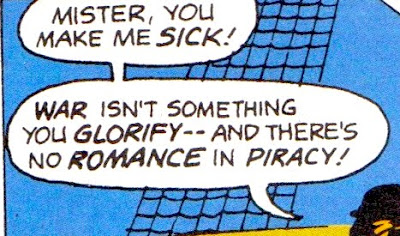 Scipio- Who WROTE this? I would say it was Bob Haney, but nobody talks like Metamorpho- so who was it?

Oh, never mind- I went back to the first blog post.
That explains it.

Given Geoff Johns' penchant for dumpster-diving in DC history, it's a wonder he hasn't yet teamed up the Wind Pirate, Captain Demo, Captain Stingaree, and Cutlass Charlie as the Pirates of Loud Pants.

TotalToyz: has someone leaked you the script for Atom:Rebirth?

I have to admit...these two star-crossed baddies are simply adorable. I guess in a way that it isn't so bad that they haven't been used again, because then they would have just been killed off in the last big cross-over, and we don't want THAT to happen.

I assume that they are living happily together on Key West or something. Saying ARRRRGGHH a lot.

That little fuchsia skull flower thing on his hat... Is that real? Because it's amazing.

I think it's marzipan.