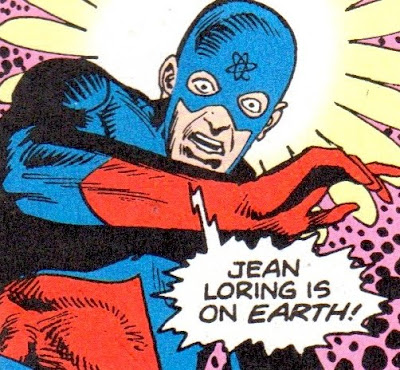 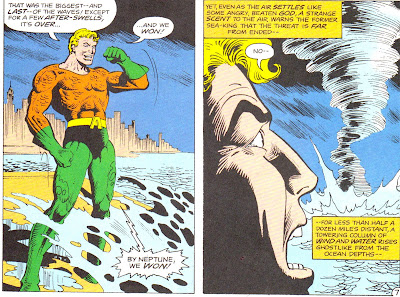 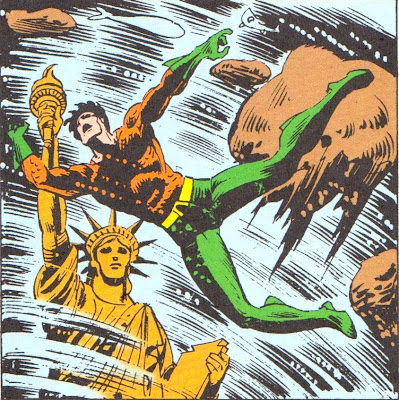 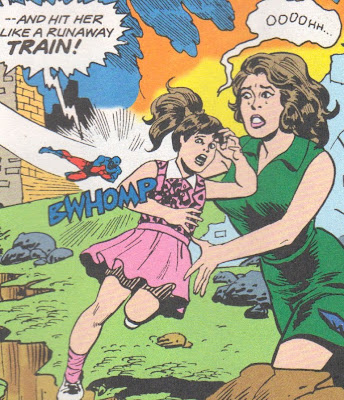 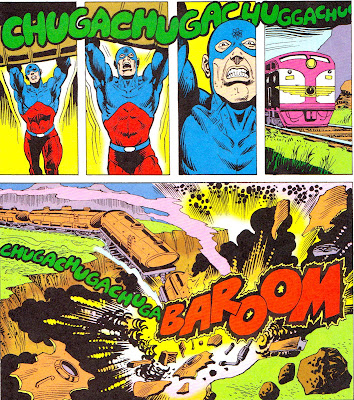 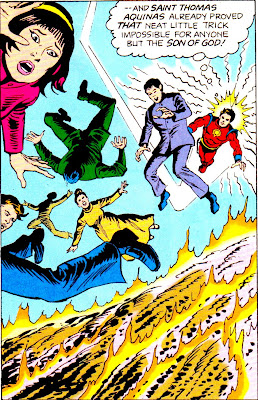 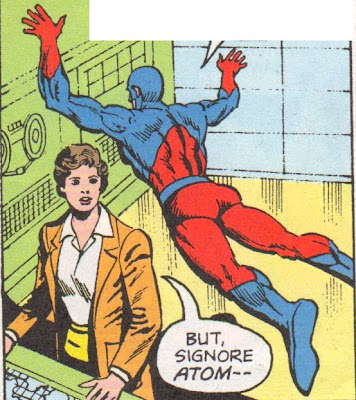 Extremely wonderful. But there couldn't be any giant pink clams in the waters off New York or they would have already been harvested by hipsters and made into giant pink clutch purses.

Well, maybe that's exactly why there aren't any more, Tad!

My, but Captain Comet is...limber. But that is no Green Lantern behind, that's for sure.

And can you blame Atom for throwing himself at the comely Signoretta? I mean compared to Jean, who may be attractive, but is batshit crazy, Enrica has to be a welcome alternative.

Personally, I'd rather marry Star Jones than Jean Loring.

(I almost said "Sarah Palin", but then I realized, no, there are some lengths to which I will not go, even to avoid a hellish life with Jean Loring.)