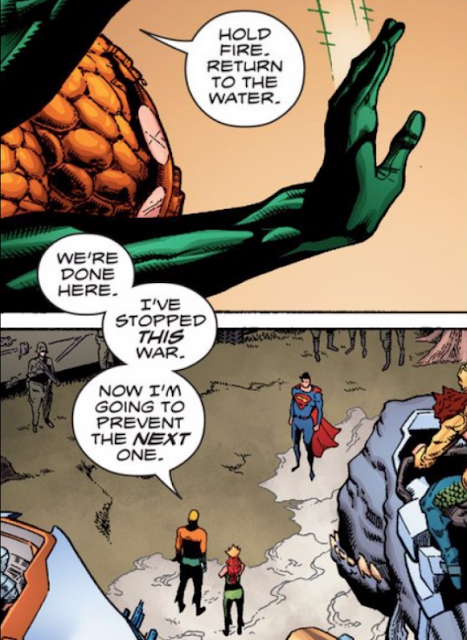 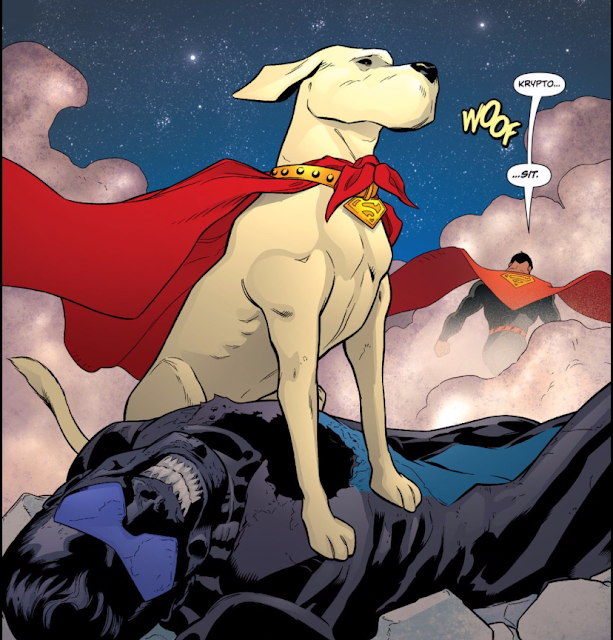 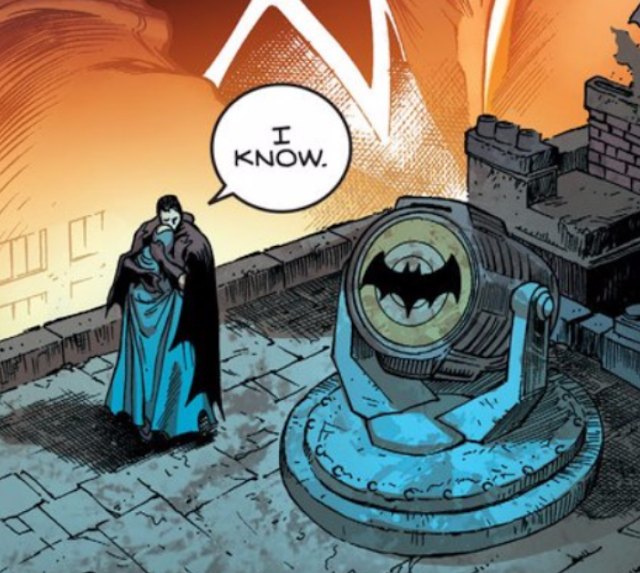 Things like THIS make me more inclined to try new titles. Covers are wonderful, but panels that show the power and compassion of a character? Yes please.

I don't get whatever reference that is with Supergirl.

Exceptional comic either way. What did it for me wasn't just a single panel, though. It was the couple panels that started with panicked people on the radio asking if anyone can hear them, and then Supergirl busting forth and saying "I can". Now that's what I want to see in a Kryptonian heroine.

That means: the writers care.

Any chance you'll tell us who they are? Because the GCD does not yet know. Thanks. :-)

I think that Krypto panel should be in just about every Superman book from now on... just because.

"Because heroes don't start wars. They stop them."

"I think that Krypto panel should be in just about every Superman book from now on... just because."

I fully support Sally P. But then, I almost always do.

Man, I had given up DC almost completely in new 52. Not only do these look great, but Batman 462 is one of the first comics I owned in my entire life. (Later years I tracked down the beginning of the story)

just when I think I'm out...they pull me back in.

Oh Bryan! My eyelashes are fluttering

My mother passed around the time Batman #6 was in stores, and the end of the issue, I was in tears again. My mother kickstarted my love of reading, and Batman as well. Thanks Mom, and thanks DC for this issue.