Vibe in the Justice League of America 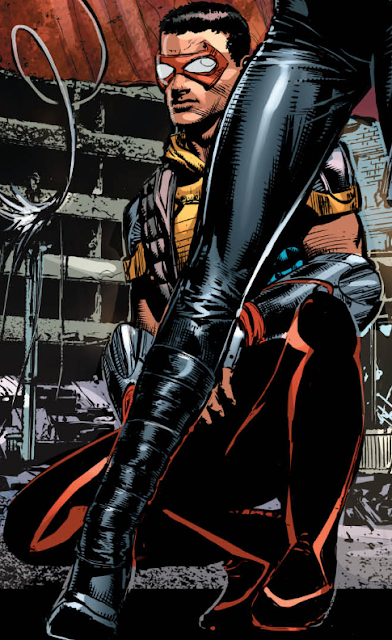 As Absorbascommenter Kevin Trudeau kindly pointed out in my previous post, the inevitable has, indeed, come to pass.

I speak, of course, of the Inevitable Return of Vibe (as I have spoken of before). 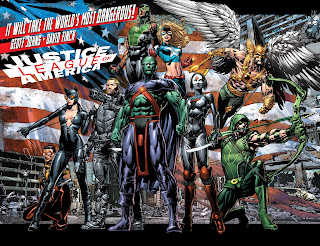 The original Silver Age Justice League of America was, of course, an experiment to begin with. Let's put all our most popular heroes in one book and see what happens.  It was (as I have said 100 times) the opposite of the editorial philosophy behind the Justice Society of America (which was, "let's put all our heroes together who CAN'T sustain titles on their own, have them operate in coordinated solo missions, and see if we can generate a breakout character). The experiment succeeded.

The next level of experimentation came with the Bronze Age Justice League of America, which widened membership beyond the traditional Seven Icons (sacrificing also-ran Martian Manhunter in the process) and introduced some occasional internal conflict in the formerly oh-so-chummy group. On the whole, that experiment succeeded and many readers still remember the Satellite Era fondly. 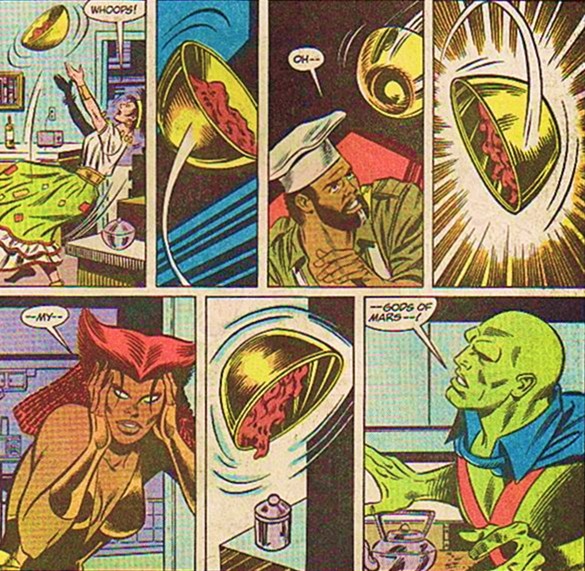 Vibe, as a character, certainly had some flaws-- he was just a bit too brash, too irascible, too obviously a cultural reach-out.  In short, he was a tad too "Marvel'.  That's what DC had been going for and what they thought their readers wanted; a Marvel-style group of troubled misfits on a Marvel-style group with lots of internal conflict.   It's a valid editorial direction, sure...but it's not "the Justice League", and the readers rejected it rather strongly.   DC tried to recover, but big ships turn slowly.  By the time they started guest-starring the 'real' Leaguers to keep the boat afloat it had already run aground, and the Detroiters were done for.

Again, Vibe had his flaws, but his biggest sin was being part and parcel of the failed Detroit League.  Of the three characters created specifically for the Detroit League, only one survived, no doubt by turning invisiblish and running away on her nearly-invulnerable feet.

Yet, as the linked article shows, Vibe will retain many of his core elements.  The vibration power.  The Detroit.  The "Low-rent" hero, um, vibe.  The connection with his brother.

But there are subtle changes calculated to make Vibe more viable.  Old Vibe was held back by his elder brother.  New Vibe is encouraged by him.  Old Vibe was over-confident and disrespectful; new Vibe is
more understated (as is his outfit).

I have high hopes for New Vibe.  Is he the brave and bold stroke he was in the Detroit League?