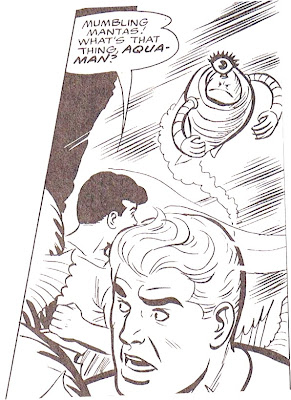 Ordinarily, I try not to get to political here. It's just a blog about funny or interesting things in comic books, after all.

But I'm finding it hard to keep silent on a recent news item, in which an 11 y.o. shot and killed his father's pregnant fiance.

With a 20-gauge shotgun that his father gave him for Christmas. 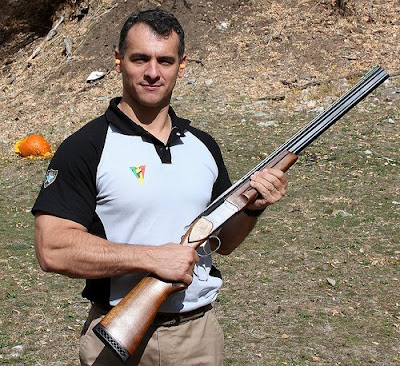 For those of you who only watch cop shows, not hunting shows (and, yes, people, there are still hunting shows), imagine getting hit by a 44 magnum... twice... at the same time. That's pretty much what a 20-gauge does. Just ask the pumpkin.

Where did this happen? Pennsylvania. Of course it was in Pennsylvania. If you aren't from Pennsylvania, you probably don't know that kiling things is one of the principal pasttimes there.

I'm from Pennsylvania. And I'm from one of those families. I'm not a rabid gun-control nut. Really I'm not. We had a revolver or two in the house and we were glad of it. And I'd have one in my house now... if it were legal. Which it's not. So... I don't. Really. Anyway...

My father was a hunting guide, both in Pennsylvania and in Canada, so he not only killed things with guns, he taught other people to... for a living. Me included. Which is something to remember next time you think of getting all pissy at me in the comments section (tee hee!).

Here, in fact, is a recent photo my cousin took of himself, hamming it up. 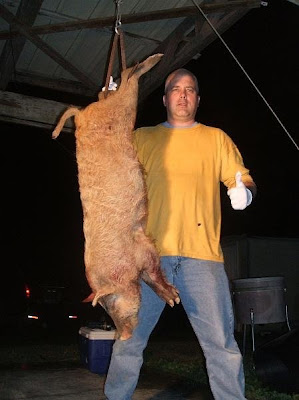 No, I don't know why one would bother to shoot a pig. Don't ask. Just be grateful I'm sparing you the deer photos (literally labelled "Bambi") with visible wounds. And before you harsh on my cousin, he's Army, so remember you're paying him to know how to shoot things for you so you can sleep soundly at night.

Anyway, all this is just establishing my bona fides: I'm not a radical anti-gun nut. In fact, I might still go hunting, if it weren't so hard to do it while holding a pomegranate martini. And who wants to risk getting blood stains on Capezzios?

But really. It wasn't even a hunting rifle. It's a shotgun. If you give an 11 y.o. a 20-gauge shotgun for Christmas you're pretty much begging to get shot.

One of Batman's most powerful moments occurred not in his own comic book, but in Aquaman's. Crime had taken root in Sub Diego and Aquaman needed some way to arm the police force, lamenting that Sub Diego, being underwater, was a city without guns. "A city without guns," Batman said quietly; "Imagine." Aquaman's nightmare was Batman's dream.

Most political issues are pretty easy to avoid in comic books. But those that relate directly to the subject of most modern comics -- crime -- are hard to avoid. Like the death penalty. 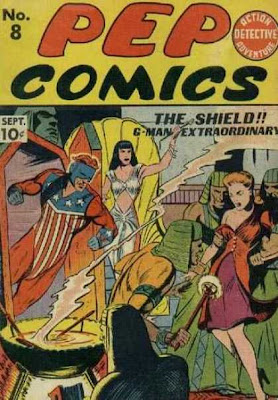 Let's see how long we can avoid talking about the elephant in the living room of this particular cover, shall we?

Um, that portal emergence of the Shields is kind of interesting; is he supposed to be hiding in a sarcophagus?

Love that silver-garbed chippie in the background, who seem to be evoking some sort of Venus from the sea motif.

Also I note the dress of the assistants--
AHHH; I GIVE UP...