Everyone knows that Lois Lane used to be a selfish, irresponsible, nitwit. At least, that's how she was after the Silver Age hit 'er. As I've pointed out before, there's a big difference between 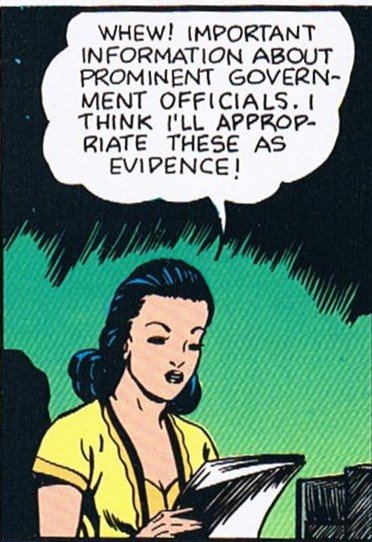 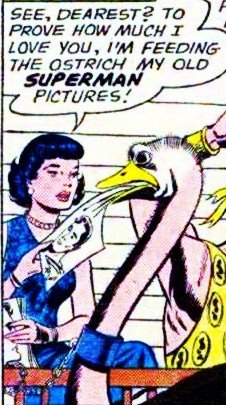 But there's no immediate point in rehashing Lo-Lo's well-known foibles. But the reintroduction of the two pillars of the Silver Age, Hal Jordan and Barry Allen, does prompt me to do a brief synopsis of the character of the other... 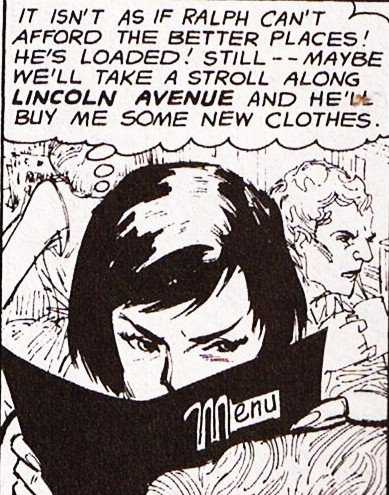 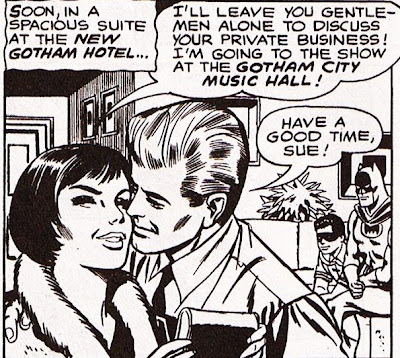 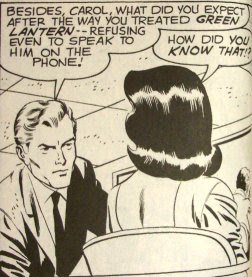 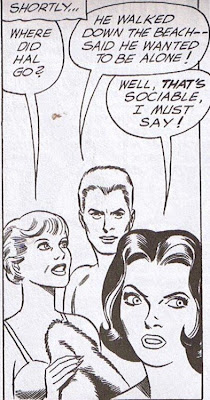 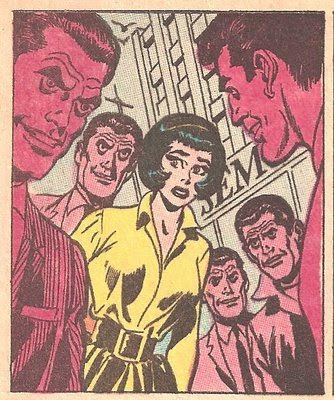 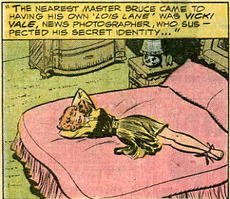 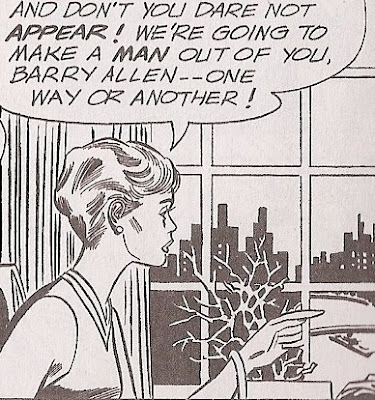 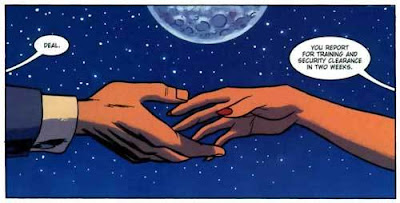 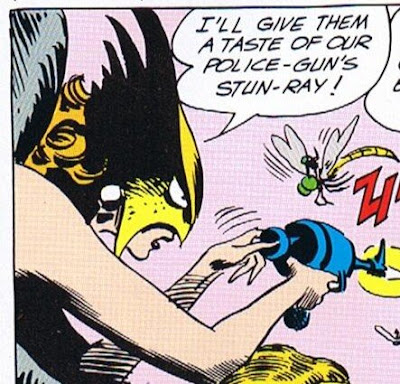 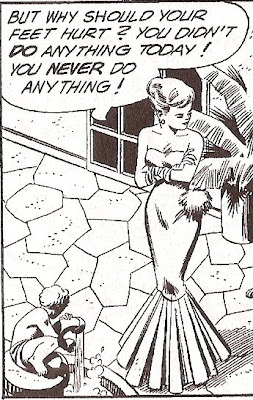 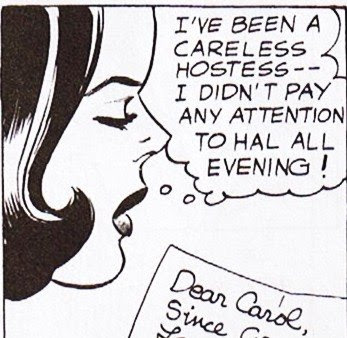 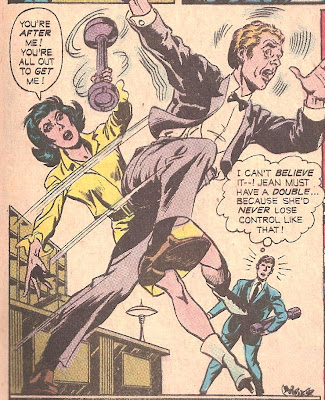 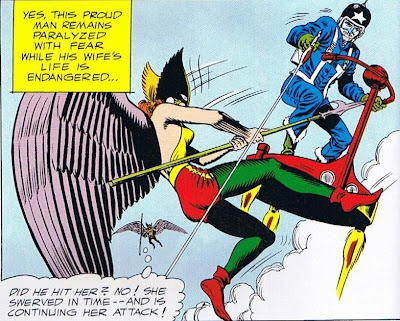 
And, for those who are still unbelievers... 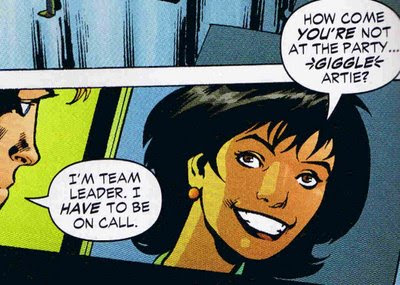 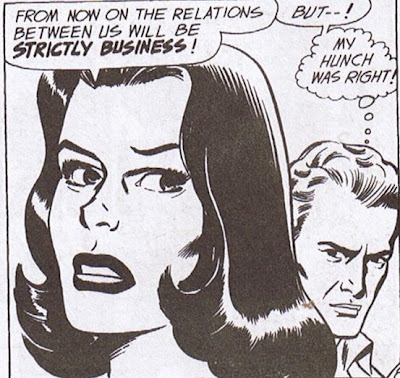 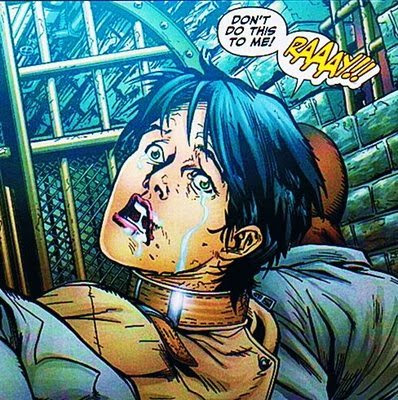 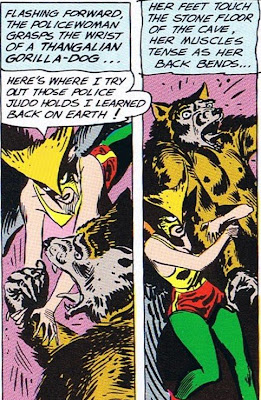 Ready to kick your gorilla-dog's ass; 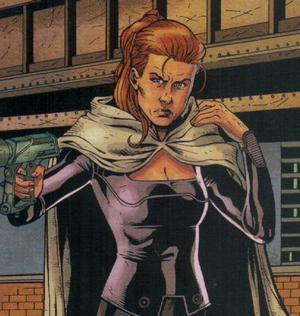 Just plain mean.
Posted by Scipio at 8:00 AM

All of what you say is true of course. And yet...I'd STILL rather have the vapid, crazy, ice-cold, lunatic, gold-digging DC Silver Age girls, than the dull, boring, fainting, useless, whining, fainting, brainless, fainting Stan Lee girls.

Did I mention fainting?

I don't think DCU chicks ever faint, even though something horrible happens to either them or their boyfriends on a daily basis!

Bah. Occasionally brainless or no, I still liked Sue Dibny, even in the Silver Age. Compared to the rest of those madwomen (well, barring Shiera) she was quite a catch for Ralph.

Besides, she's a Doctor Light rape victim, and somewhat deceased. Give the gal a break, already. Not like she, oh, turned into Eclipso or anything.

Thank you scipio for sparing Mera. I suspect she may not have fared well either.

Maybe it's because I didn't really start reading DC Comics 'til the '70s, but I recall the marriage of Barry and Iris being rather loving and supportive. Which made it that much more of a kick in the pants when she was murdered.

I'll give you Carol and Jean, but as for Hawkgirl, I can't see "relentless ass-kicker" as a bad thing.

I don't think Scipio meant it as a bad thing.

Relentless ass-kicker is a GREAT thing.

Relentless ass-kicker is a GREAT thing.

I agree. And I'd better agree, or my wife will kick my ass. Relentlessly.

Hey, you forgot Gwen Sterling! She dated THE SPECTRE, for crying out loud!

I'm still mesmerised by Lis feeding her Superman snaps to an ostrich - silver-age lunacy with an underlying sense of somehow being profound.

Now she was a mental sadist; of that there's no doubt. I seem to remember that first picture as coming from one of the many stories where she planned to ferret out B & R's identity, and it might even be the one where she goes out of her way to tell B & R how she's going to out them (so to speak) for the sake of a "scoop." Yeah, that girl was definitely twisted, probably 'cause the Big Bat was savin' his sweet lovin' for [fill in blank of your personal fantasy]

And Silver St. Cloud could take them all on.

"I can't believe it--! Jean must have a double...because she'd never lose control like that!"

Bwa-ha-ha! Oh Ray, you're so charmingly naive. No wonder you were the only one who was surprised when Jean was revealed to be crazy.

Word Verificattion: sissesse. I don't even know what to say to that.


I suspect the good Scipster was referring to Vicki's wacky post-war shoes in that picture; the zoot-suitish bows look like her ankles are tied together.

Best post in weeks ( not that the others were bad, this one was superlative ).
You had me at "Paranoid lunatic".

Awesome post, Scipio. I used to read Flash as a kid and totally forgot how emasculating Iris West could be.

Word verification: paildear: what Jill said to Jack at the top of the hill

That one was great, except Jean's so crazy, any of the other headers could apply to her (except maybe Vicki Vale's... unless you consult Paul Hoben...)

Sometimes I forget why I prefer Hawkgirl/woman to Hawkman, so these little reminders are always nice...

I never really thought of Vicki Vale that way, but I guess it's true.

And on that note, I'd like to say I just awarded you a Premios Dardo award. Participate or not, but I've always thought your stuff was brilliant and you deserve my undying admiration.


Although I'm a firm believer that explaining the gag ruins it...you didn't pay attention to the chosen panel.

Vicki looks trussed up, with her hands "bound" and her ankles tied with those bows.

And the caption is the icing, mentioning a certain "Master Bruce."

I wonder how the DC women of today would stack up?

Not well I suspect.

I can't stop laughing, thanks sir, this is my favourite post for ages!

Oh, and I know he's not a woman (well . . .) but Steve Trevor was a right pillock in the Kanigher years.

Uncishn: not snogged with false teeth?

And how about Lucy Lane, acting like she was too good for Jimmy Olsen?

If the joke worked for you, then good for you. But Vale doesn't look the least bit like someone tied up in that picture. What kind of bondage experts do you know, that tie the bondee's hands behind her head?

What kind of bondage experts do you know, that tie the bondee's hands behind her head?

Um.....how many bondage experts do you know, Gene?

Could you run through that one more time?

BWA-HA-HA! I laughed harder on each iteration. This was *great.*

How 'come we've got everyone else from the Silver Age back, but even Shiera's (also-awesome) post-Crisis replacement gets stuck on the "yeah, she can stay dead" list?

The Sue Dibney in Robinson's Starman wasn't so bad...

"What kind of bondage experts do you know, that tie the bondee's hands behind her head?"

Forgetful ones, who neglect to bring their ropes with them and have to fall back on using her hair.
... er ...
not that there's anything wrong with that...