Fill in the Blank 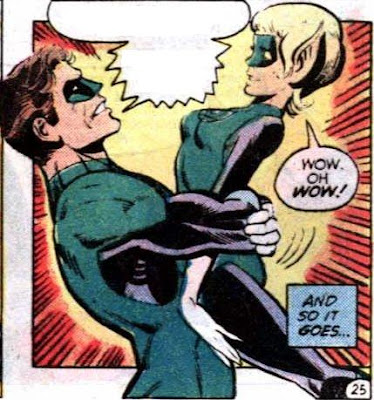 Pep 7: Beating Them to a Pulp 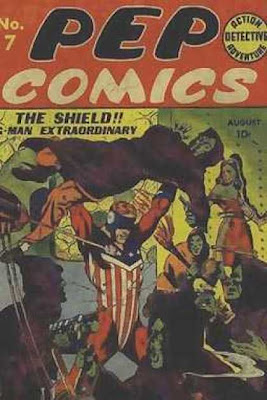 Among long-time Shield-fans, this cover is affectionately nicknamed

Okay, I lie. Naturally, whoever drew this cover did it long before Dr. Doom was created and never saw him. But who can say for sure that Kirby didn't see this Shield cover and was inspired by it? Why, I wouldn't be surprised if this very cover were Kirby's inspiration for both Dr. Doom and Captain America. This, along with a bottle of gin and a five o'clock deadline. And the guy in the back in the orange, hitting the Shield with a broom? Obviously the inspiration for "The Witch of Metropolis" (Superman's Girlfriend, Lois Lane 77). Hix, hex, hox!

Anyway, whoever drew the Pep covers (I'm sure one of you all know who it was) was pretty clearly steeped in the pulp style. Just draw the Shield with a less garish costume, perhaps just jodhpurs or a trenchcoat, and you have a pulp coming to the rescue of that uncomfortable looking girl who appears to have mega-stapled to a nearby yellow submarine.

Still... isn't nice to a cover that has some actual action (well, action-detective-adventure, really) on it, rather than just the pose-y glam shots we get nowadays?

Postcard from the Edge: Gotham 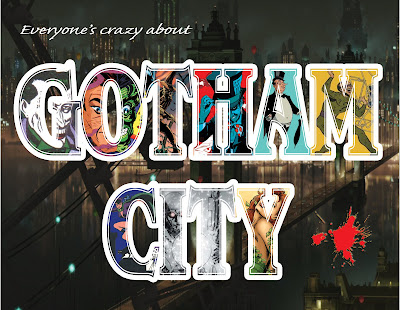