When last we left my Sim-version of the DCU, Bruce Wayne had detected for us, following the clue of a dog dish, that J'onn had moved with his "niece" (no relation) and dog to Atlantis (my renamed version of Sulani, the Sims Pacific Island-y world).  And when I saw the house I couldn't blame them. When I set up this game, I had placed many Atlantis-appropriate lots in advance, including one that I'd been imagining moving Arthur & his brood into.

Clearly, after his early experiences, J'onn had NO intention of ever being more than jump away from a fire-extinguishing body of water.  Fair enough, JJ. Meanwhile, in 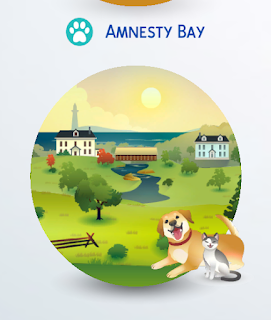 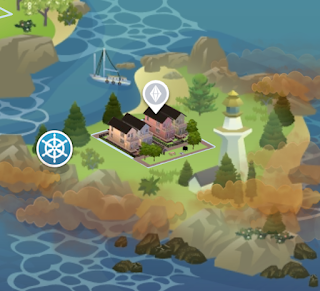 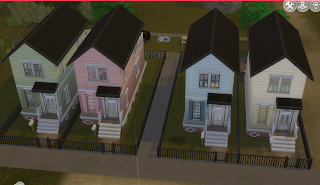 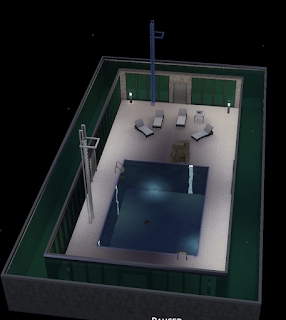 connected by an underground pool.

And were miserable. Sure, it sounds cool, but large cool-looking Sim houses are very often logistical nightmares to LIVE in.  Originally, Mera had been living with them, but I just couldn't juggle that many residents so she moved out; as a mermaid, she was suffering worst of all, and really need to live in Atlantis. They had no neighbors or friends, and the frequent thunderstorms terrified Garth.

So rather than evict JJ, I simply had Arthur move in with him, since they were pals already (as much as they were pals with anyone) and the place had six bedrooms.  The change has done wonders for all involved. Access to the beach and ocean is a blessing for the aquatic characters; the Martians are happy to be out of the desert, and they are immune to the sunburn common on the islands. Arthur is a lifeguard, which is only a part-time job, but they don't need more money and he's happier protecting lives than he was ruling.  Maybe I'll have J'onn buy a movie theater!

As often happens in comics, characters that don't quite stand on their own, work quite well in concert, and the household is now neither boring nor chaotic.  The adults have plenty of time for their own pursuits (including Arthur's pursuit of Mera, Diana, and others).

The teens support each other,

everyone helps take care of the dogs,

and even Garth isn't scared all the time now.

This is a huge improvement over their pre-reboot Sim-lives, where Arthur was slaving away unappreciated at his custom job in the Monarchy, while his wife Mera was unhappily trying to hold down a job as a marine environmentalist while squeezing out heirs, whom she had to leave largely in the care of her erratic twin sister, Siren, who was married to Arthur's evil (and only sporadically employed) half-brother Orm, all of whom lived in a giant many-leveled lighthouse,

with (of course) an underground pool

and a separate evil underground lair for Orm and Siren.

I think Arthur is much happier now living his life-guard lifestyle in his tropical world with  his chosen family.
What could be greater than a king? 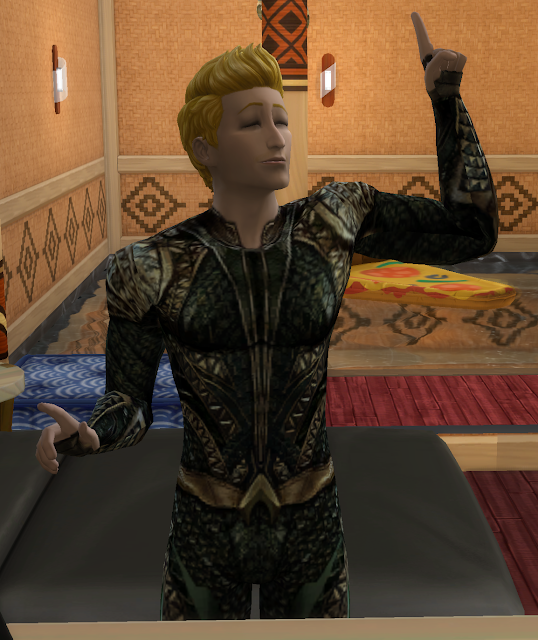 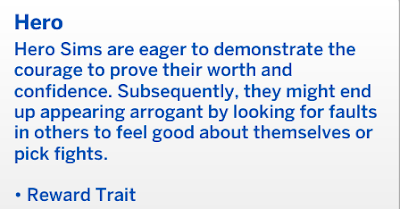 It makes sense. "King Arthur" has always been a dead-end for his franchise, except when he completely ignores his responsibilities most of the time, and Vulko guilt-trips him into coming home for a weekend to defend his people...