Heroclix Customs: The Island, Captain Squidd, and the Sea Sleuth

Heroclix doesn't have any maps that have underwater elevations, which are important when you like Aquaman as much as I do, so I have made one:

It works mostly like a regular map with elevations except that the three lowest elevations (Deep, Mid, and Shallow) are water terrain.  All Heroclix figures can muck about as normal in the Shallows: Walkers have their speed halved and Flyers float above the water.  But the Mid and Deep levels are underwater only so only Swimmers can go there.  And, of course, one can swim in 3D, so no ladder or stairs are needed to get from one elevation to the next.

The topmost level is the Island itself; it's the same elevation as the Shallows, but is not water terrain.  The Island has some vegetative hindering terrain on it.  There's a handful of squares where Aquaman's finny friends can't get to you but... he still can.

Whom might you find in the environs of the Island? Well, perhaps my custom Captain Squidd figure: 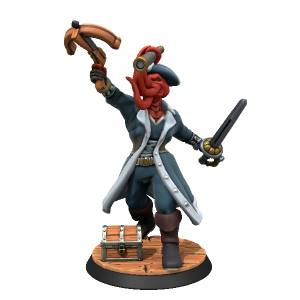 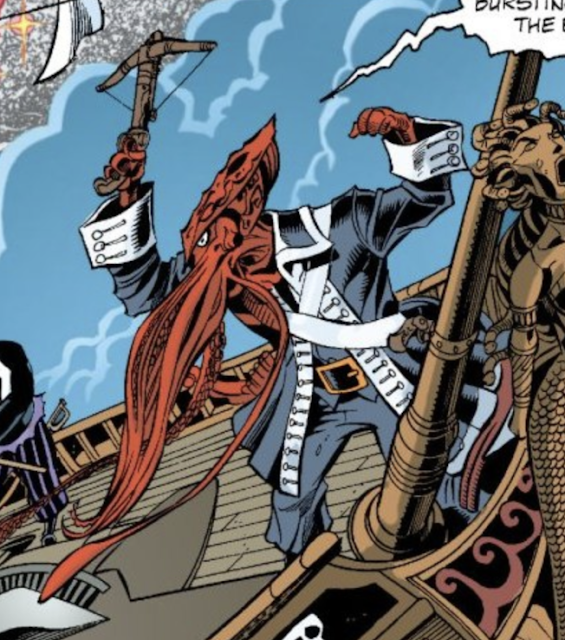 You probably don't remember Captain Squidd because he appeared only once, but he made quite an impression.

He sits, oddly enough, on the Roland Daggett dial from the BTAS Heroclix set; mostly that's so he can generate pirate crewmembers.


You might also find on this map another character you've never heard of:  Phineas Pike, the Sea Sleuth. 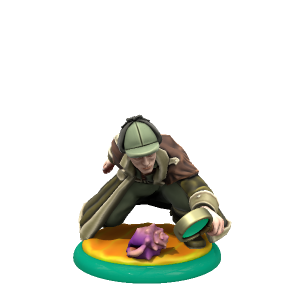 Phineas Pike, Sherlock of the Sea, was a sort of Alfred-like supporting character for Golden Age Aquaman. His schtick was that he was a consummate expert on everything maritime, but didn't know how to swim.  Comic book irony.

As you can see, I gave him a more reasonable color palette, because, LORDY, old comics are garish.

He sits on the dial of some minor Marvel villain: 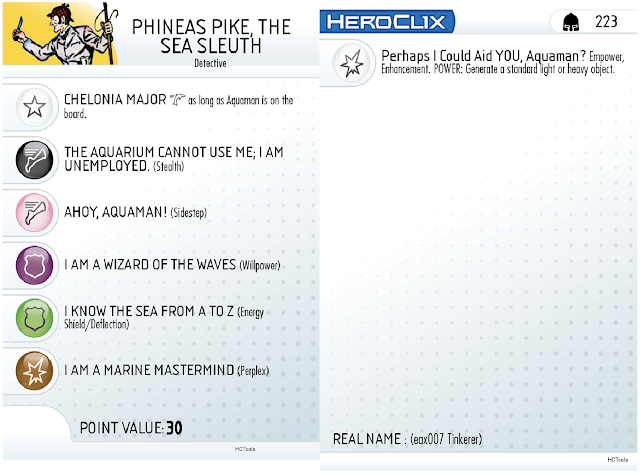 A stealthed perplexer with empower and enhance?  Oh, yes, Phineas Pike may be goofy but he'll be a solid support figure for Aquaman & Co.

"Some minor Marvel villain...".
I thought they were ALL minor villains...
WAKKA WAKKA!

Pike looks like he would have fit in well with the direction Steve Skeates seemed to be taking Aquaman when the series folded. Judging from his Prince Targo work, escaping the locked computer room might have caused problems with Aquaman's powers, making an oceanographer and marine biologist a useful person to have around.

Okay, now I need to know when Cap'n Squidd showed up in the comics. From that art style, it's a relatively recent vintage ... but "relatively recent" could be just about any time in the last 25 years.