Heroclix Custom of the Week: This One Is For Dean

This is the fourth in my ongoing series about custom figures I make or have made for me for the tabletop game Heroclix.

It's a companion piece for the Giant Robot Bear I shared with you in the second series entry.  This one was made thanks to the special request of commenter "Dean", who asked,


"How about a figure of Green-Hatted Exposition Man, the unsung hero of Apex City? Without him, we'd have no idea what was happening in that sequence!" 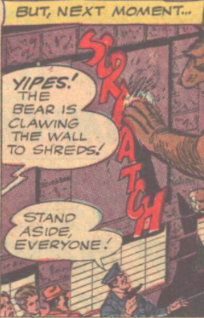 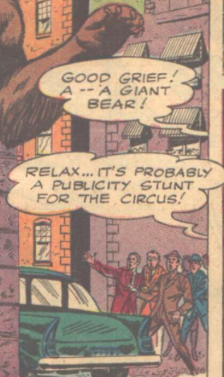 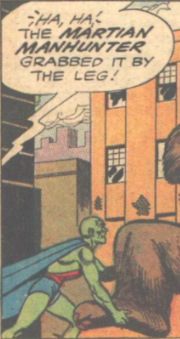 An excellent idea, Dean! Why, without functional ancillary characters like Green-Hatted Exposition Man telling us out loud what was happening, blind readers would be completely lost!  Our hats are off to those unnamed men with hats who spend their literary lives wandering around the danger-filled streets of their fictionoplises, waiting for the opportunity to tell us what's going on.  And so I give you:

For his dial I used the 15-point version of a Jessica Jones clix, mostly because it's cheap, can't do any damage and has a wonderful special power that cancels Stealth on nearby opponents.  And what is Exposition Man for if not for pointing out things like "THERE'S A BAD GUY RIGHT OVER THERE!"?

Do you like Green-Hatted Exposition Man? And are there other such nameless characters from standard comic book story tropes that deserve their own custom figures...?

(Yes I suck at this)

Honestly though, it's a thing of beauty. Is the figure a repainted Phantom Stranger?

It's a repaint of a Maggia Goon.

I'm reasonably certain there was a "joke superhero" (using both terms loosely) in an old 80s book called "The Expositor" who was essentially this guy in a funny costume. Probably intended as a Watcher parody.