I've been waiting to post until the much-anticipated "Rebirth" of the DCU.  Little reason to fuss over the details of DC digging its universe out of the mud it drove it into in just five years.  Better to wait until after it's been through the car wash.

But I have been seeing good signs about what's coming, I am heartened by most of them.  In Batman, limbs have been sewed back on and the Bunnyman suit is in a glass case in a darker corner of the Hall of Trophies. 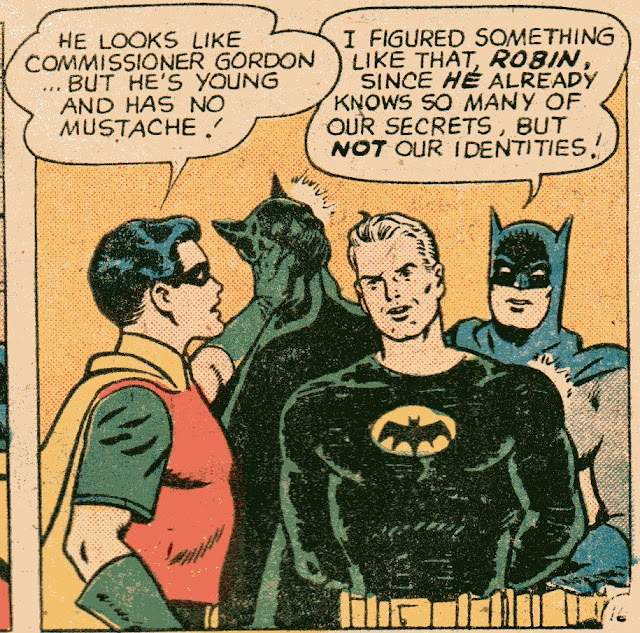 "If only we weren't all drawn by Curt Swan, we might be able to recognize him!"


Green Lantern will be getting by in its time-honored way: avoiding Hal Jordan, and focusing on someone else instead. 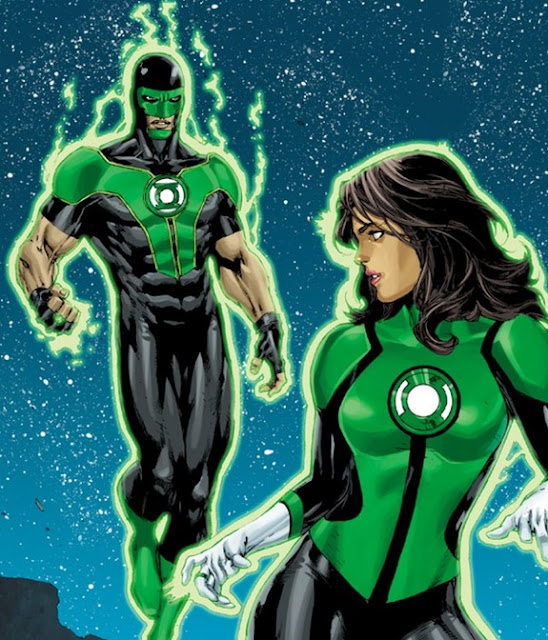 He's a car thief with a gun obsession; she's a paranoid crime vicitm.
Together they fight crime as if they're on a '80s teevee show.


There's a plan for putting Superman back on track; it's weird, but then again, Superman stories are ALWAYS weird, when you come right down to it. 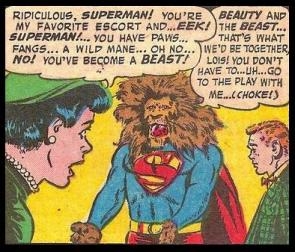 Don't knock it till you've tried it, Lo-Lo.


Wonder Woman is back in the hands of team that made her enjoyable for me, and frankly, I don't care how ridiculous you may think it is. 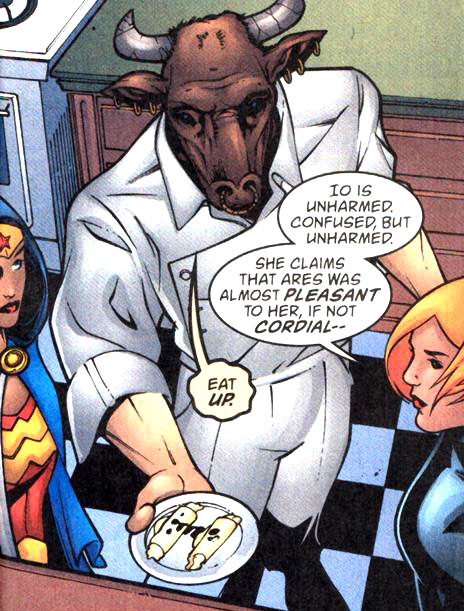 
Green Arrow is, well, Green Arrow will still be stupid, but at least recognizably so. 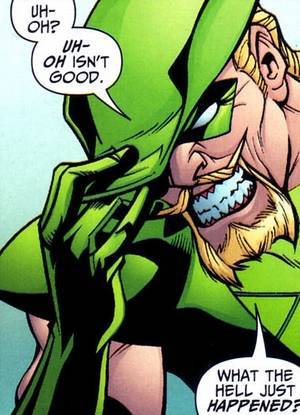 We don't know either, Ollie. Something about werewolves.
Let's just all move on, shall we?


Lord only knows what will become of the Martian Manhunter.  Maybe they're going to let me write him and their email to me got lost; yes, I'm sure that's it. 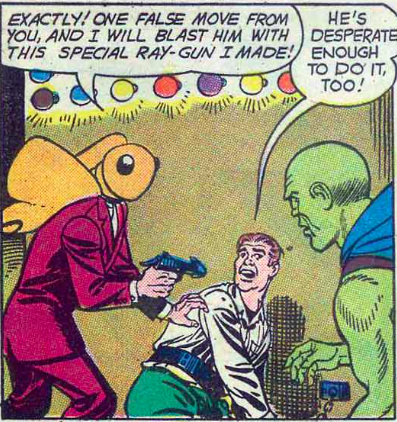 If so, you WILL see Mr. Moth again.
Possibly in a team up with Dr Light or Killer Moth.


But the real current surprise for me is that the previews for Flash have OVERWHELMED me.  And in a way completely uncharacteristic of me:

Comics are a marriage of two media, drawing and writing (plotting, really).  As comics goes, I'm a 'writer person' not an 'artist person'.  It's not that I don't LIKE art.  I used to work in an art museum, in fact.  It just seldom makes as big an impression on me (in comics) as the writing does.

Well, the forthcoming issues of the Flash are a strong and welcome exception. 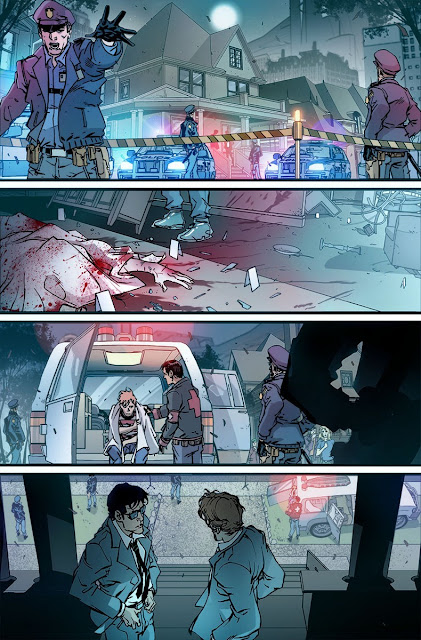 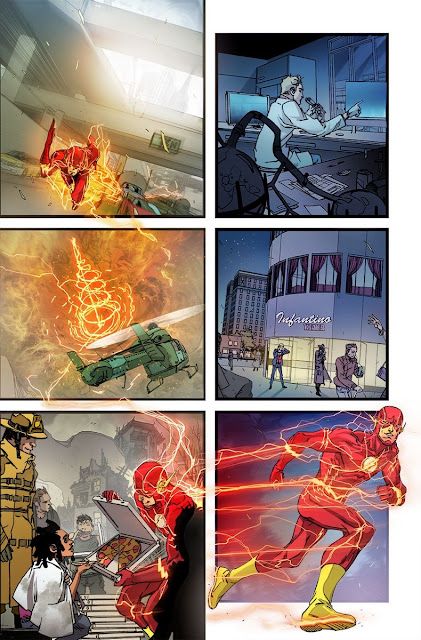 The art matters in all comics. But it matters more in some than others.  It's easy to imagine just reading a text story about Batman, Superman, or even Aquaman. But Flash?  No; superspeed is a power you need to SEE.

And these Flash pages are so full of genius, it's hard for me to discuss, because I feel that, as a non-artist, I may not even have the talent required to understand how good they are.  Obvious high points are the mastery or framing and composition within each panel and across them.  The clever use of panel sizes and color in the second page.  The intentional 'swipe' of the Flash's classic on-the-run pose. The amazing tricks used to distinguish background from foreground in a more realistic yet artistic way than I have ever seen in comics.  Most important is that all the elements are not gratuitous artistry; they are clearly being used to tell the STORY.

Carmine DiGiandomenico and Neil Googe, my hat is off to you.  I look forward to your upcoming work on The Flash.

Bring back Mr. Moth, and you've got my support. Hell, I'll buy five copies. And while you're at it, bring back J'onn, too. Mr. Biscuits was fun, but the rest of them were dull. I need a big green alien scarfing up Oreos.

You know what I would like to see? J'onn in his original old-fashioned form, not updated, not edgy, just being a detective, cringing at fire, and getting gold from seawater.
Far more entertaining than is most recent... appearances.

Sally, that it, in fact, probably what I would do with J'onn.

At some point, someone would yell at him incredulously 'why are you doing just this when you could be doing so much more for the world'.

J'onn would then gently point out that that could be said of us all.

I just hope (or wish)--and I apologize if I've said this before--that DC would quit rearranging the furniture and focus on rebuilding the foundation. Forty years of angry, self-absorbed protagonists, and they keep rolling back and forth between "reboot angrier" and "back-pedal to some old continuity." Oh, and retelling Batman's origin. No combination of story elements overcomes tired stories and boring characters.

That said, some of this round at least seems plausible, like an attempt to at least partly rebuild exactly that. And there's finally at least some diversity in a second-tier title, though I guess at the expense of some others.

J'Onn can probably stand some rearranging, though. For a while, I've thought he belonged with the Doom Patrol, maybe replacing Mento, the psychic guy who's sometimes a crime lord and whose son is a green-skinned shape-shirter.

The Flash art does look pretty enticing, too. It's pretty rare to see any comic where the art can actually carry a story and isn't hideous.

Mr. Moth certainly is awe-inspiring. I like to think that his abdomen thing hangs like a French braid.

I'd like to see a Manhunter from Mars series where J'onn J'onzz, Zook, pretty Patrolwoman Diane Made and Captain Harding help Lady Cop catch the Cowboy Boots Killer. That dude has been on the loose for forty years and needs to be stopped!

I just want Prince Ra-Man back. Of course, I've been waiting for that since 1965--but they brought back Prez, so I guess it could happen. . . .

The thing that bothers me about Rebirth is that it is being built, mostly, on the foundation of New 52. And I view New 52 as a dismal failure overall, notwithstanding some bright patches like the early run on Aquaman. I'd also like to see DC prove they can produce quality books on their heroes once a month before expecting me to buy those titles twice a month.

If the heroes smile on occasion (as opposed to grimly baring their teeth), that'll be a good start.

It's not a "rebirth." It's an AFTERBIRTH.