The Testimony of Batman 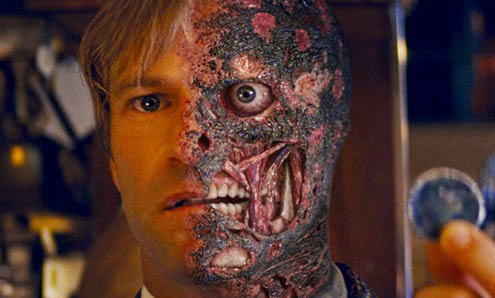 "Please state your name for the court."
"I'm Batman." 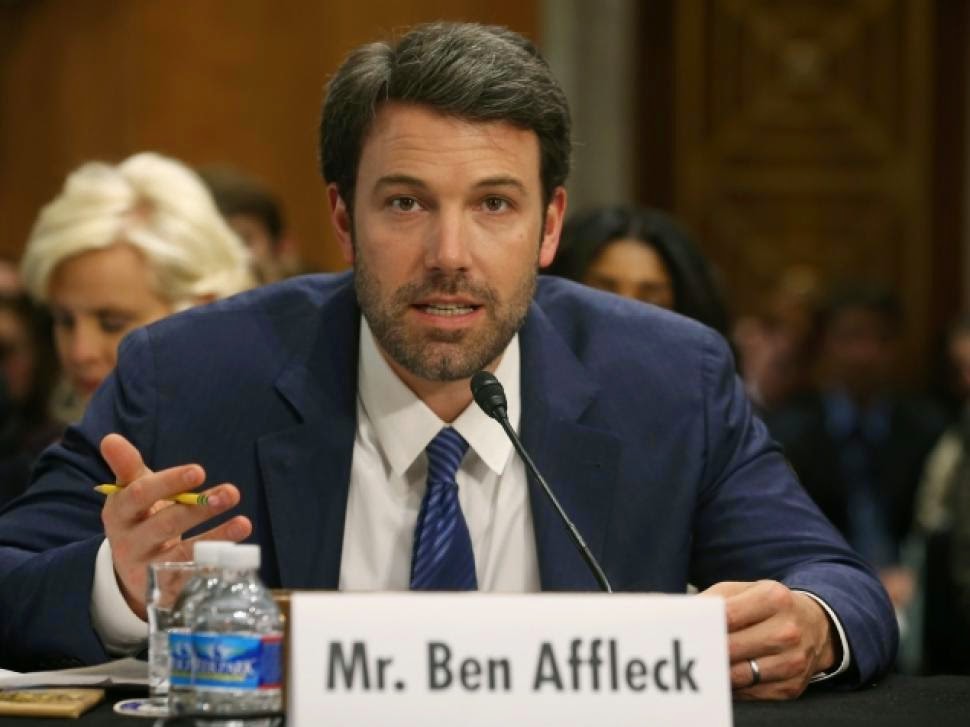 "Right. Of course. Good to see you again by the way."
"Get to the point, Harvey."
"Sigh. How do you feel you're faring as a character in the New52?"
"I'm Batman."
"That's not really an answer to the question."
"It's the answer to MOST questions I'm asked."
"I"m getting one of my Batman-headaches already...  Please elaborate."
"I'm Batman.  Batman is most popular character in the DCU, by some estimates twice as popular as the runner-up, Superman.  What's more, that popularity doesn't vary much with time, treatment, or medium. Despite the received wisdom that my character is a loner, it has a penumbra that all times and for decades has encompassed a host of lesser heroes, villains, and supporting cast.  This includes both constant and unalterable elements--the cave and its accouterments, Gordon and Alfred, and my principal Golden Age villains--and the more variable ones, including my assistants, lesser villains, and relationships with other heroes and groups.  I'm the yardstick by which other characters are measured, a constant. I'm the 'speed of light' of popularity.  Sales of my comic book are the reference point for comic book sales overall." 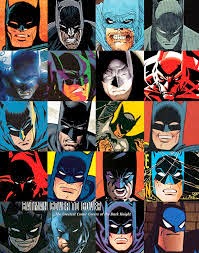 "Whether there is a reboot--the next question you're going to ask me, by the way-- is irrelevant to me.  I will still be in Gotham.  All the major elements of my story and world--and there are many-- will remain unchanged.  I will not discover that my parents were gods.  I will not suddenly be recast as no longer having the wisdom of folksy parents who raised me.  From my point of view, any reboot does not matter. My parents will still be dead, shot by a mugger in an alley in front of me."

Apparently Batman had time to prepare.

What amazes me is that DC clearly knows this about Batman...they know that, no matter what they change, the few things remaining the same make the character who he is to the point that the universe outside barely matters, and yet they refuse (are unable?) to apply that logic to any other characters.

Other than decades of emphasizing that the current Batman is nothing like the Adam West version (and pre-Internet snark about Bob Haney), I can't think of anything in Batman's history that's been dismissed and serially rewritten the way the pasts of other heroes are.

I think it's a case of focusing on the trees instead of the forest, John. DC (or more properly, Geoff Johns and possibly DiDio) are constantly trying to fit other heroes into the Batman mold, without understanding that his back story doesn't work for every hero. They fixate on the details without grasping the larger context.

It's worth noting that of DC's two biggest company-wide reboots (Crisis on Infinite Earths and the New 52), neither affected Batman all that much, though the New 52 reboot affected his supporting characters quite a bit.

It's like the DCU is saying to its editors, "Do whatever you want to my universe... but please, just don't touch Batman!"

Bryan don't forget Aquaman (whose father was [kind of] murdered by Black Manta) and Green Lantern (whose father died in front of him in a fiery plane crash) and Wonder Woman (whose mother was turned into a statue).

What I mean is that, just about every character in the DCU gets blown away and reinvented the second some writer has the slightest objection to magic metals, sunburst shirts, children on islands of women, and so forth. Snap of the fingers, everything is different to "fix" some minor element.

But nobody looks at Batman and points out that everything in Gotham City either comes from or looks like it should have come from a circus and nobody has been to an actual circus in thirty years. At least, not on purpose. The giant penny, the themed mafiosos, and burglars who e-mail the full details of their heists to the cops, they're all played straight as if it's the most natural thing in the world. Writers, at most, will indulge their inner Roy Thomases to explain why it's all true down to Tom Wayne's bat outfit and the Outsider(s).

The genre shifts radically, from cartoonish playground sparring to police procedurals to gory horror like all heroes, but Batman's writers seem to have some sort of obligation to make everybody continue on, whereas Egg Fu only gets brought back to show us how goofy old comics could be.

I see what you're saying, John. Batman is untouchable in the DC Universe, to a level that no other hero can aspire. The sales figures probably have a lot to do with that, but it's not just that.

I also think that Batman's world has taken on an almost mythological significance, far more so that other characters, even Superman. If you asked the average person to list Batman characters, I bet almost any of them could come up with 10 or more. Heck, they could probably list 10 villains. Even with Superman, an average person wouldn't come up with more than four or five, I bet. Batman's world is so ingrained into popular culture that you almost can't screw with it. Like an organism, Batman's world is alive and rejects any attempts at infection.

I was just saying that beyond being inviolate, DC editorial has adopted Batman as a template for every other DC hero, and they're desperately trying to force them all to fit that template. Again, probably due to sales figures (and the fear those engender) coupled with lack of imagination. They want to reach Batman's level of success, but it never works. If you want Batman, you read Batman. You don't read 52 other oddly distorted versions of Batman.

Definitely, Bryan. Agreed on all points.

I feel like it goes back to the '80s and the obsession with comics being Taken Seriously. It's the same mentality that gave us the (sort of ironic) "Mature Readers" books and high-end paper. Ditching the "underpants on the outside," too. Kill a few parents, and it's clear that everybody means business, I guess.