Reboot? The Testimony of Aquaman 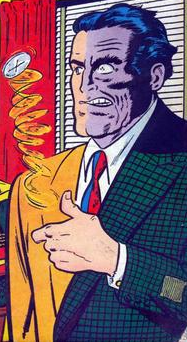 "Our next witness is the King of Seas, Aquaman.  Mr Curry, do you swear to--"

"Before the last reboot I was always dead, or disfigured, or demented. Now I'm HERE. And I'm AWESOME."

"I see. So you'd say, then, that you are faring well in the reboot?" 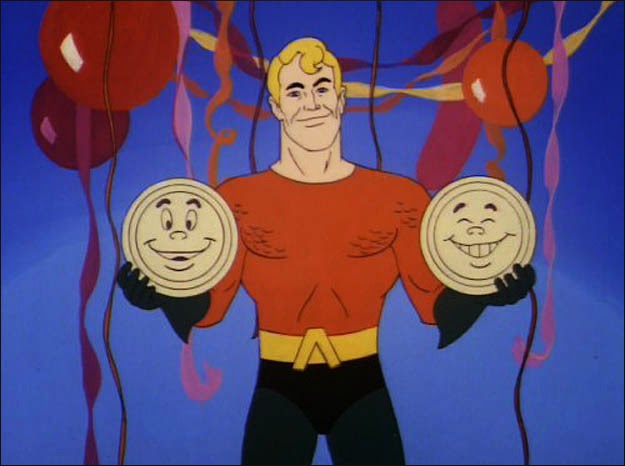 "Poseidon's beard, man!  I have a KINGDOM.  I have RESPECT. I am BADASS.  I have a HOT REDHEAD as a consort (I don't even have to be married).  I've got no Aqualad for baggage. I have ALL my body parts, and a shiny costume, and great hair! AND TWO BOOKS!"

"I see. So, you feel that this newfound respectful treatment--"

"And a DOG. Salty the Aquadog! Wanna see a picture? I live in a cool lighthouse and everyone in town loves me!"

"I'm going to be in MOVIE, did you know that? A cameo, yeah, but with a BIGGER film down the road."

"OH, and not only am I a badass, my VILLIANS are, too.  Ocean Master, Scavenger, Black Manta,  heck even VULKO is a badass.  Even the new Creature King!"

"OMG, do you think they'll bring back the Human Flying Fish? Only as a BADASS?!"

"So you don't want to be removed from the New52 into some other context?"

"Whoever tries will be so full of trident holes that the sponges will pity him."

This may be the greatest witness testimony you've ever "recorded".

Poor guy. Never sees these things coming. Like getting booted out of the Detroit League in favor of the Jolly Green Giant.

Incidentally, DC's Aquaman profile is somewhat enlightening about DC's attitude, with praise like..."holds his own." He also "gets bonus points."

I guess it's better than "adequate"...

Talk about damning with faint praise!

I have to say, in a general way, that the Brave & Bold take on Aquaman is my favourite. Ease back on the slapstick and there is something there.

It's true, that the Aquaman from Brave and the Bold IS simply awesome. But I do hope that poor Arthur doesn't get rebooted back to being...dull.

Agree to disagree there; I never thought Aquaman was dull.

I read all his parts with John DiMaggio's voice in my head. It was a good thing.