I have been asked to opine on the new Justice League movie. And so I shall.

Some of you may be expecting me to be snarkocritical about it and the casting. Or perhaps you're just hoping for me to be. But, on the whole, no. I don't expect-- or even want-- the studios to make perfect superhero movies for me. Sure, I'd like it, but I can make the movie I want in my head, anytime I want; we all can, and don't really need the studios to do that for us.

What we need is for the studios to help inspire another generation's interest in these iconic heroes of our common culture. If it's not exactly to your taste -- or mine-- so what? I don't care. And you know why?

Because what saved Batman was a ridiculous tongue in cheek show with some ham actors, almost none of whom were even remotely sensible choices for their parts. Yet it inspired a generation of Batman-fans, me included. You wouldn't have thought to do the show that way, and neither would I. In fact, we would have been outraged. Would you have chosen an old Latin lover matinee idol to play the Joker? Would you chosen the doughy thin-haired Adam West as Batman? No, you would not have.

Yes, the cast is young. GOOD. Sure, we usually think of our superheroes as being in the 30-35 age range, but that's in their prime with experience. When do you think they got all that experience? In their twenties. So please shut up about the cast being young. Maybe they'll be able to get more than one movie out of them before they became way too old for the roles. If I had my druthers, no one would be allowed to play any of the DC icons more than once, for a wide variety of reasons.

He's handsome. He's tall (REALLY tall). He's got a deep voice, blue eyes, and hair that can easily be dyed black. That's pretty much all you need, plus the suit. Besides, he can do charming but secretly creepy.

For those bitching, I have two words: shut up. No, wait, let me change that: Michael Keaton.

Scott Porter as Superman. Thumbs down.

I hate to do that, because Scott Porter is a great guy, and he loves comics. But, unlike be-suited Batman, Superman is all about The Look. Porter is handsome, of course, but it's the wrong kind of handsome. He's too ... cherubicky. He needs to look more like, well.. 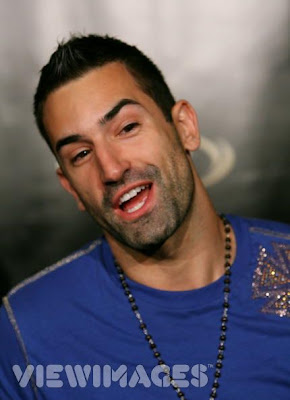 Come to think of it, we ALL need to look more like Jeff Pickel. Sigh.
Okay, Pickel's a bit Italiany and unshaven here, but you know what I mean. He's dark, slightly squinty-eyed, square-headed, square-jawed with a dimpled chin and eyebrows that are an inkers dream. That's the Superman look.

Megan Gale as Wonder Woman. Big thumbs up.
Just exotic enough to be from Themyscira and she's still got that Linda Carter twinkle thing going on. I love her. All she has to do is to be able to act when not deflecting bullets.

Face it, guys, with at least five Leaguers in the movie, there's going to be lots of action and fighting and not tou much soul-searching acting. Unless, of course, they have Brad Meltzer write a screenplay for Brian Singer.

Common as Green Lantern. Thumbs up.
Looks right; can act; has street cred. In fact, more street cred than John Stewart himself, who (as written for the last 20 years) is a Big Old Oreo who conjures disco ball constructs and has all of Abba programmed into his ring.

Of course, the REAL question, the crux of everything, the toughie is

WHO WILL PLAY AQUAMAN?

Whoever puts on a batsuit is Batman. CGI will take care of Superman, GL, and the Flash. Wonder Woman is about the smile. But to play Aquaman you need not only the Look, but intelligence, humor, charm, depth. Someone like 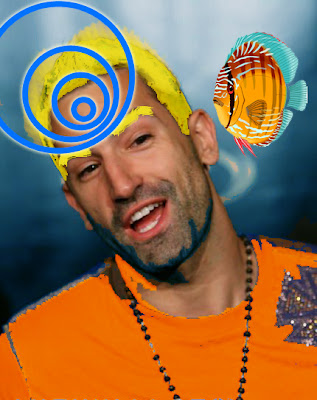 Although, if his schedule does not allow, they may have to go with someone else.

But who else could do justice to Aquaman, if not Pickel?
Posted by Scipio at 4:36 PM

And more importantly, who will play Vibe?

I want Aquaman to the be the second oldest member of the JLA. I want them to give him some of that dignified kingly know how he's had for years before these whippersnappers came into the picture.

Hmm. While I think Aquaman is a much better character the more experienced and regal he is, I don't think of him as having stature-seniority over any of the Big Three or over J'onn. He didn't become kind of Atlantis until 4-5 years into the Silver Age JLA, and none of the Big Three of J'onn was a rookie when the JLA started.

Whomever they cast as Aquaman (if indeed he's in the movie at all), they can't do a worse job than David Spade did on SNL. I know that was an intentional parody, but even so it was awful.

You had me at Adam Brody as the Flash. <3

Too old. Too old looking.

"What we need is for the studios to help inspire another generation's interest in these iconic heroes of our common culture. If it's not exactly to your taste -- or mine-- so what? I don't care. And you know why?"

Bingo. I was brought around probably by reruns of the old Superfriends cartoon. And in retrospect, that show was so bad. Some of the episodes were so obviously bad then. I still have that dramatic "The Justice League of America...//musicy sound here// versus the Legion of Doom" And the Wonder Twins? How dumb was that shit? But now I'm hooked.

Imagine how many kids were brought in by this recent Justice League show and Batman Beyond. They were actually good. This movie will only aid our cause as long as its not visually boring and has cool action scenes.

I did a search for Scott Porter, and I have to say... I think he looks pretty cool. Not exactly a Curt Swan Superman, but definitely a Jack Kirby Superman.