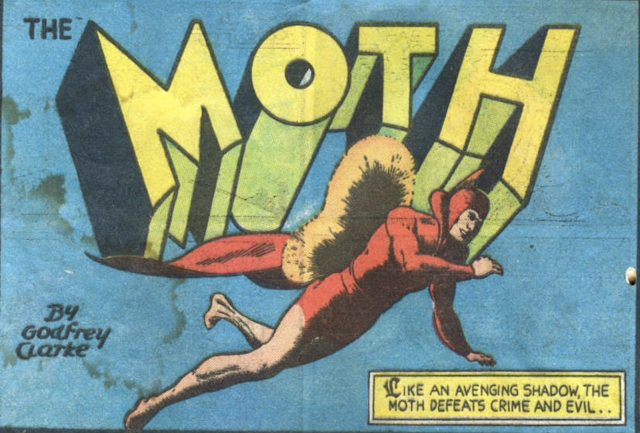 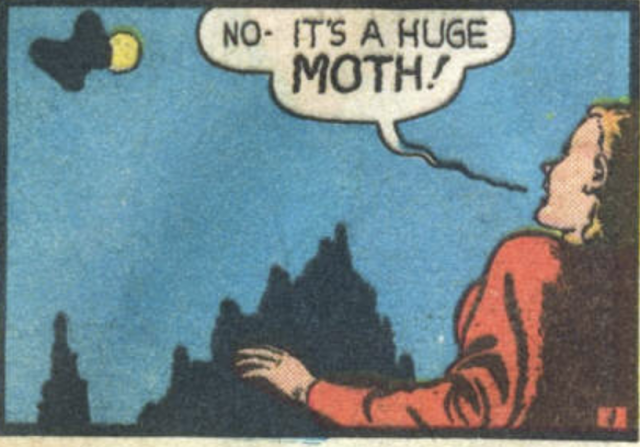 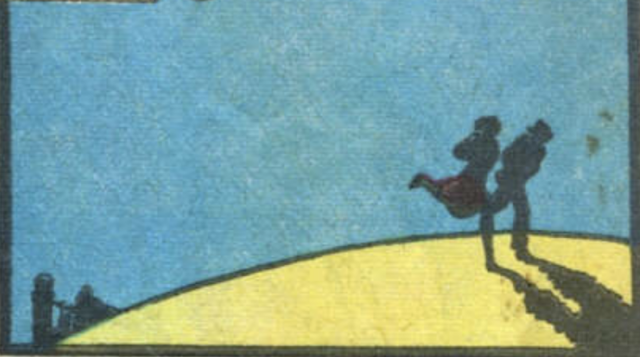 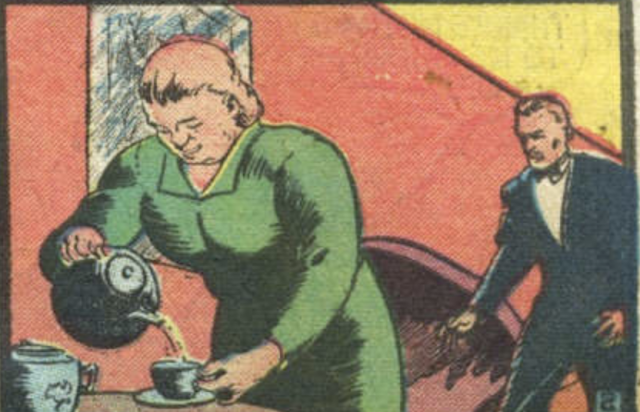 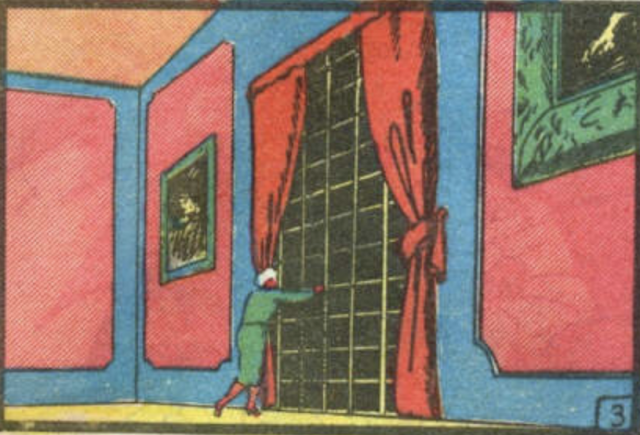 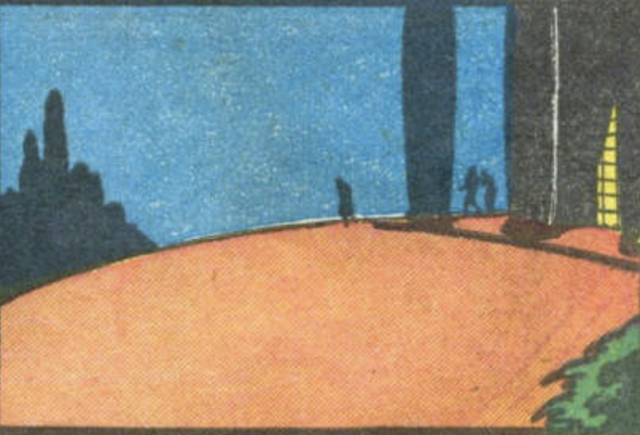 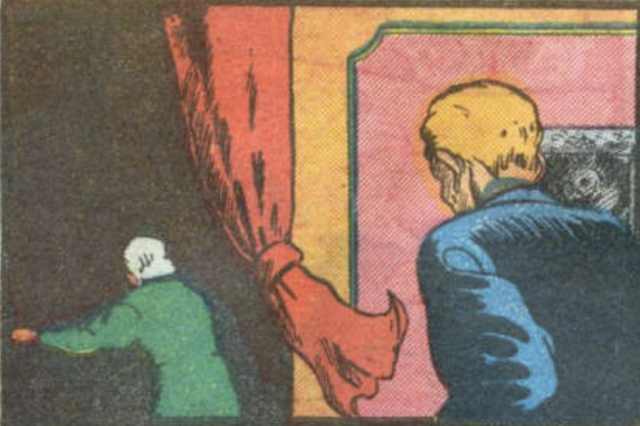 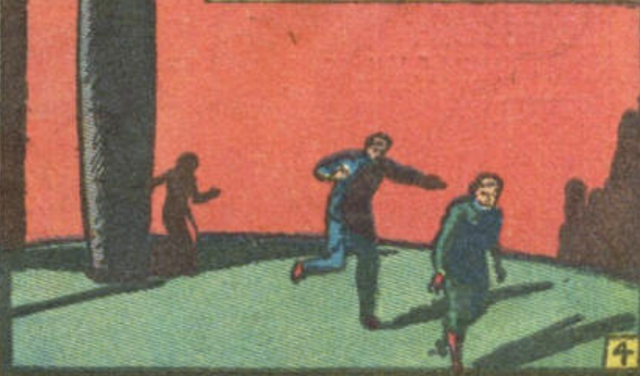 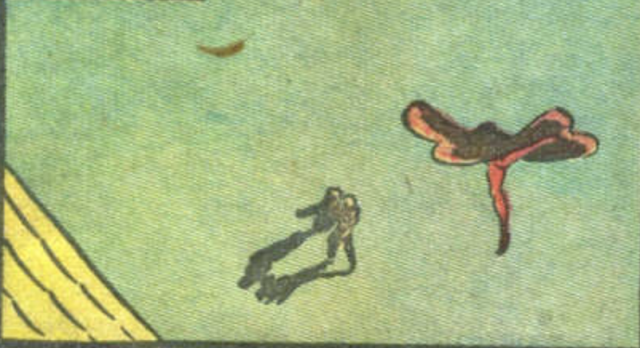 Allegedly, this is what happens when Victor Fox (who was basically the evil doppelganger of Jack Kirby, calling himself the King of Comics while not paying the people working for him) insists that a young Jim Mooney create a Batman ripoff. At least, National Periodical thought so and sued for an injunction against this strip, rather than the Green Mask (with Domino the Wonder Boy) or the Lynx (with Blackie the Mystery Boy). Jim Mooney later got his job ghosting for Bob Kane by pointing out that the lawsuit must mean his work is good enough for them...

A joke that's all in the telling:

Scipio didn't use his words.

I have written exactly one published comic book story in my life.
It had no words.

Well, that's as may be but this is a BLOG. People come here less to look at pictures than to read your insightful yet witty remarks. :-)

I remember when I "discovered" this site and spent the afternoon catching up on earlier installments. I laughed more that day than I had in the preceding month.